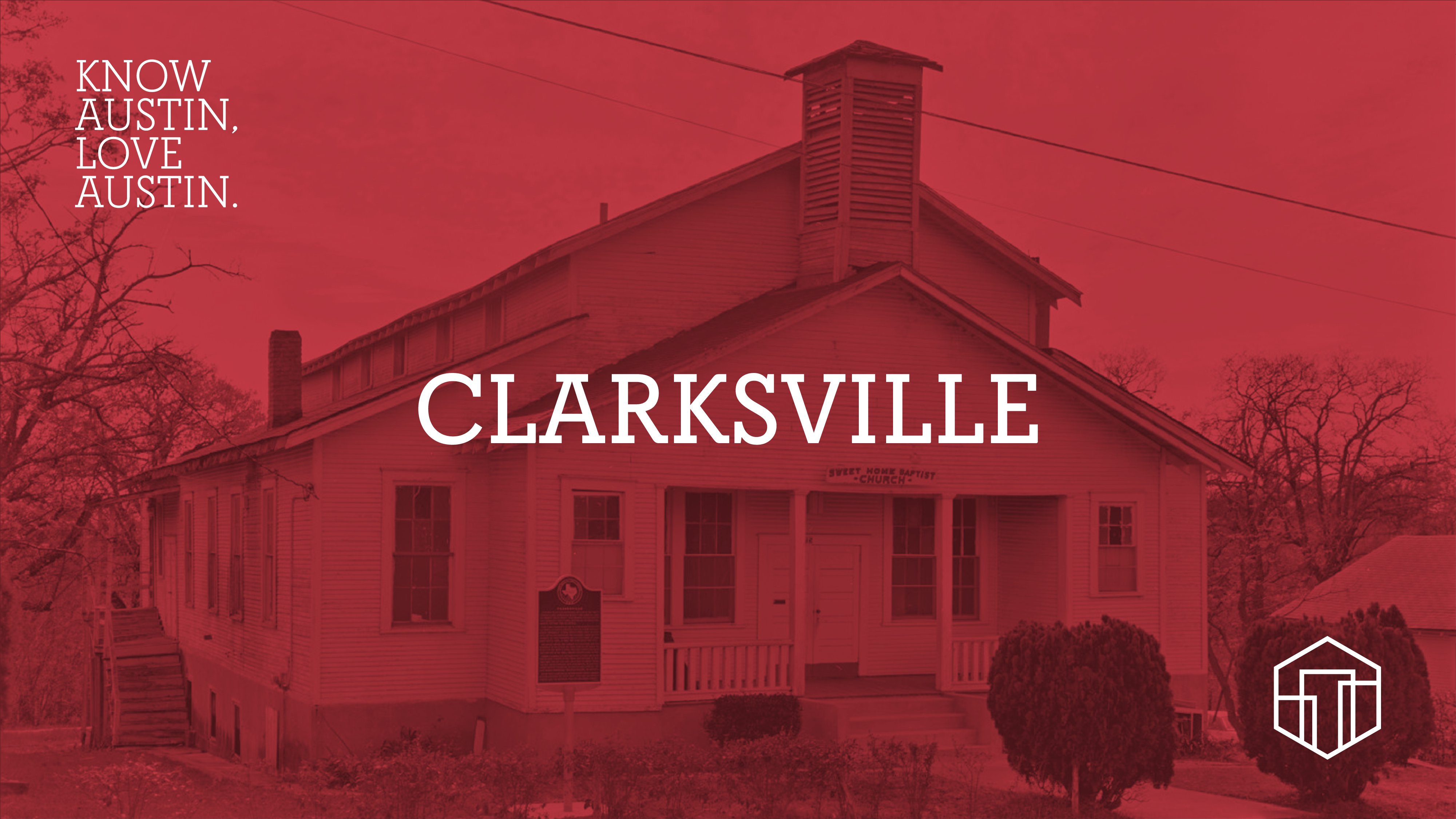 Clarksville was named for Charles Clark, the man who decided Clarksville would be a place where Black men, women, and children could reunite with their families and friends, torn apart during slavery. As more Black families arrived in the area, Clark's visions guided them. He wanted them to direct their own lives and freely practice their religion away from the gaze of the establishment. It was theirs.

They were united by a shared history of being reduced to a condition, being ‘enslaved’ and never ‘a slave,’ and they were determined to be someone—to become citizens of the United States of America on their own terms. And that's what they did.

When the City of Austin made the decision to become what is renowned for today—a place of pristine green natural spaces, the center of knowledge production and innovative technology—they faced a problem. Black people and their communities dispersed in various parts of the city, stood as a challenge to them achieving their goals.

The city’s solution to this challenge was the creation of the 1928 Master Plan, which designated the area east of East Avenue, or present day I-35, to become the ‘Negro District,’ where all services for Black people were to be located. It was a deliberate and strategic decision to force Black people to move into East Austin. Those residents and community members that decided to remain in place were denied services and public investment.