As A Worship Leader…I Can’t Make You Worship 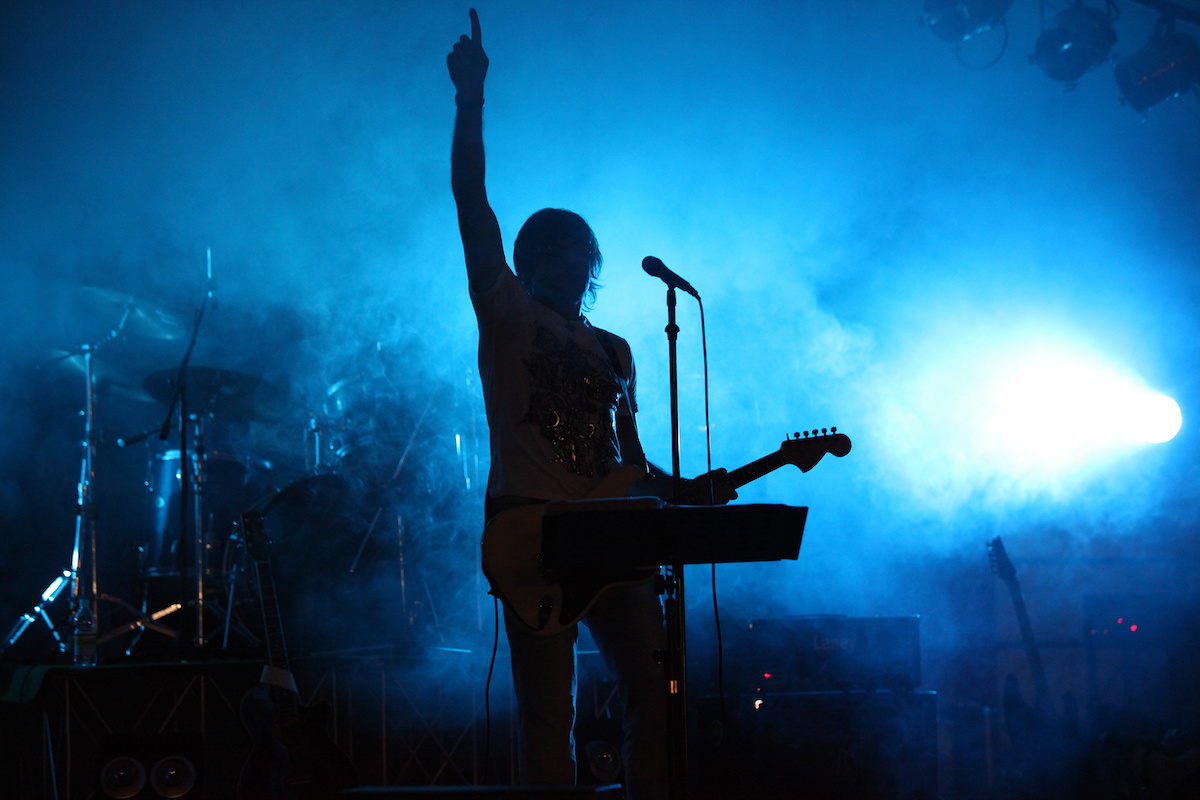 I went to college to make a lawyer out of myself. Although there are multiple tracks to achieving this career goal, there are some commonalities that every good future-attorney shares. This non-exhaustive list includes factors such as: an undergraduate degree with a stout GPA; a well-rounded resume, touted with leadership positions; sparkling letters of recommendation from professors or bosses; most importantly, a high LSAT score. Additionally, one should have the ability to speak articulately, think critically and write efficiently. Summarized, these elements have a common theme: personal performance.

When the Lord changed my path and called me into ministry during the fall semester of my senior year (terrifying timing, Jesus, thanks) my career perspective was so entrenched in a performance-based mindset that it carried over into my start with The Austin Stone Community Church. In June of 2015, I began a two-year worship residency with “The Stone,” in which I am currently being developed in theology (head), character, (heart) and skill (hands) as a worship pastor that will likely be sent off to lead a church after the conclusion of the residency.

Now, hear me, the Lord desires excellence in our roles as ministers, and He is more than worthy of our best. We see this most notably in Colossians 3:23, “Whatever you do, work heartily, as for the Lord and not for men…” However, often times, not only as ministers but as humans, we misplace our identity in what we do instead of whose we are. This leads to an incorrect view of how we lead worship and what it even means to do so. This is exactly the mistake that I made, and it translated into how I lead worship when I arrived at The Austin Stone.

I currently lead students at our Downtown campus. Prior to beginning the residency, I had never consistently lead worship for middle school and high school students. Initially, they seemed like a different beast. Coming from a university worship ministry that had an expressive worship culture, I was shocked to find a sea of blank stares, crossed-arms, and quite frankly, a lot of kids that did not want to be singing (or be at church at all for that matter).

So with my performance/achiever mindset, I decided that I was going to change the culture and save the teenagers of The Stone myself. I began thinking about the gifts the Lord has given me as a leader. He’s given me a lame sense of humor that will at least get laughs from people out of pity. He’s given me a confidence in my ability to sing and play my instrument with skill. He’s given me the grace of forming a band in less than two months. He’s given me excellent musical equipment. He’s given me speakers like Jesse Reeves, who preach messages that make me weep in my seat at how great our God is (pun intended). I’m ready to charge the gates of hell, I think to myself!

I Thought I Failed

And then seven weeks later, blank stares. Crossed-arms. Students who don’t want to be there. Even after constructing upbeat set-lists with relevant songs that the students love. Even after pitiful joke after pitiful joke. Even after teaching them why it’s important to be expressive in worship. Even after befriending them and having social credibility with them. Even after constructing Gospel-centered calls to worship. Even after wearing backwards hats on stage. What gives??? What am I doing wrong??? Praise God for His grace and for His kindness and His wisdom. Something that the Lord has been teaching me recently is this: as a worship leader, I can’t make myself, my audience, or anyone actually worship.

Wait a second. I can hear it now, “What the heck does that even mean? What do you mean you can’t cause people to worship? Maybe as you read this article, you think to yourself (or scream at the computer), “Why in the world am I reading an article written by a guy who can’t even cultivate worship?”

Recently, in light of being convicted of much sin that the Spirit was been bringing to light, I was reading Psalm 51. This is a Psalm that King David wrote, essentially after he broke all 10 commandments in about a day and a half. What struck me most about this Psalm didn’t necessarily even have to do with David repenting of sin (although I needed to do this too for approaching leading the way that I was) but it’s something that he says about worship. Look what he says in Psalms 51:15 “O Lord, open my lips, and my mouth will declare your praise.”

Don’t you see? David isn’t saying, “Lord, I’m going to open my lips and then I’ll worship you.” David is literally asking the Lord to open his lips. David can’t create worship in Himself apart from the Spirit of God, what makes me think I can create worship in people? Worship must come from God and through God for worship to be for God.

I have been trying to use my charisma or humor or high energy to try and get these students to worship. Sure, I believe it is important for us as worship leaders to be engaging, but this only aids them in singing. But, there’s nothing that I can do to make those students worship. It has to come from them seeing Jesus for who He is, and for the Holy Spirit to create in them a heart that overflows with worship for Jesus. Singing in itself isn’t worship. Worship is a state of your heart before the living God, which assumes a posture of humility, meekness, and gratitude.

In fact we see worship defined in Romans 12:1-12: “I appeal to you therefore, brothers, by the mercies of God, to present your bodies as a living sacrifice, holy and acceptable to God, which is your spiritual worship. 2 Do not be conformed to this world, but be transformed by the renewal of your mind, that by testing you may discern what is the will of God, what is good and acceptable and perfect.”

So how do we combat this problem? It’s simple. Instead of trying to open the lips of our students, we ask the Lord to open their lips. We ask the Lord to soften their hearts. We ask the Lord to create worship in us, our congregation, and our people.  We come before the God of the universe who breathed the galaxies into existence; the same God who sent His Son from heaven, wrapped on flesh, lived the life we couldn’t live, died the death that we deserved, was raised to life in victory over sin and death, and now sits on His throne, reigning over that same creation. We spend more time on our faces begging God to do Ephesians 3:20 in the hearts of our people, ”Now to him who is able to do far more abundantly than all that we ask or think, according to the power at work within us.”

We recognize and trust through Jesus Christ, we have access to the Father and can approach Him in reverence, but confidence that He hears our prayer. As Christ constantly intercedes for us as the perfect pastor to the Father (Hebrews 7:25) we must intercede on behalf of our people in prayer constantly and vigorously.

For many of you, this may not be a ground-breaking, profound truth, but my hope is that for many of you, this will be a sobering reminder. It’s all too easy to place our worth in our performance instead of relying upon our Father to soften hearts and save souls. Whether you’re leading worship for students or adults, the truth remains the same: in Christ, we are adopted as sons and daughters of the living God, and we know that God is still using the same Gospel that saved us to call more to His family. Let’s remember our place and where the power really comes from. Let’s get on our faces, let’s get on our knees, and let’s ask Jesus to move in power, because if he doesn’t move, we’re just singing.