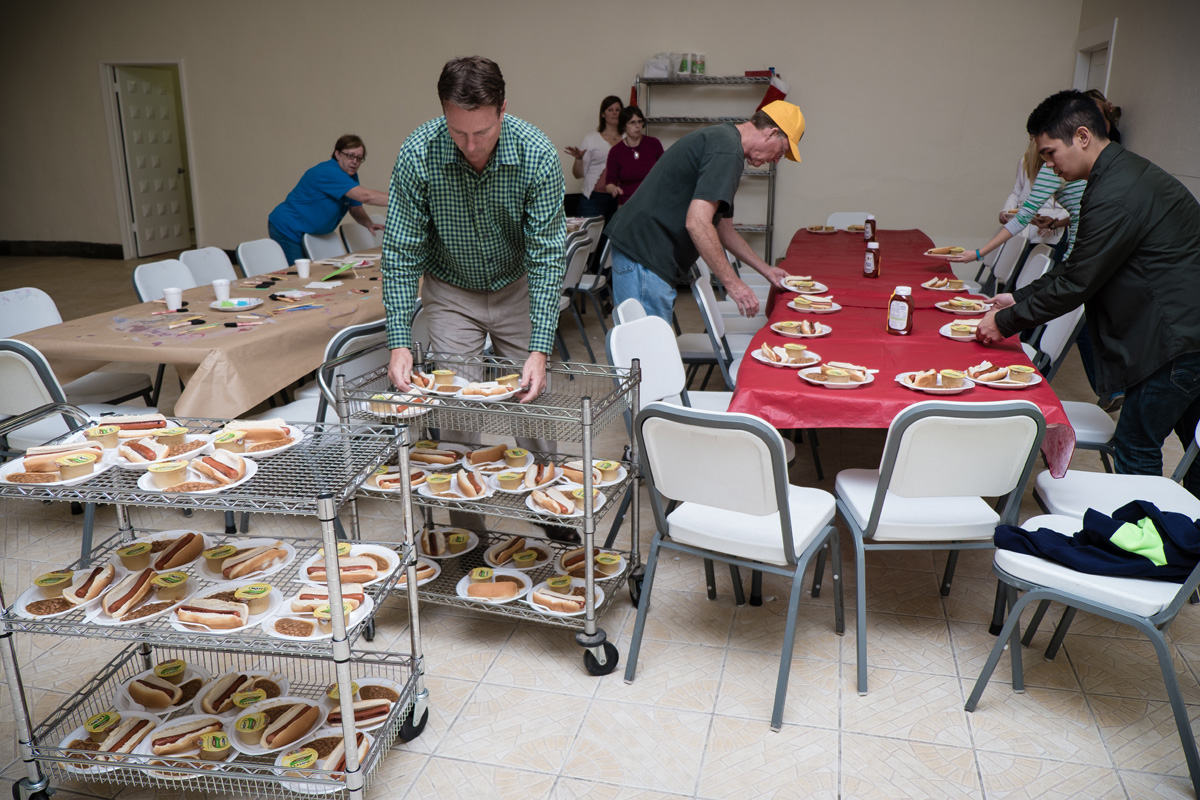 Sue and her husband, Coby, started a Mssional Community in their home not long after moving to Austin two years ago. There were 14 adults at the first gathering, and they were a random assortment of people: neighbors, coworkers, couples from church, and parents of students from the local volleyball team.

“We talked right away about a mission and prayed about a place where we could serve alongside our kids,” Sue remembers. Many options were discussed, and they contacted an organization that pointed them to a Thursday night after-school program called Big Fish – an organization that brings students together from around the East side neighborhoods for a time of worship, Bible study, food, and fellowship.

When they first pitched the idea to the group, the response was unsettling. Many were not comfortable going to the East side or bringing their kids along to serve at night because they were concerned about safety. As they continued to discuss the opportunity, more concerns were raised. But someone finally asked, “If we don’t go, who will? It’s our heart to reach out to these kids.” Slowly, walls came down and their resistance started melting. Another couple pointed out, “God is not safe, but He is good. This may not be safe and it may be risky, but it’s worth it.”

They began to serve on Thursday nights. It started with their group simply showing up, hanging at the playground with the kids, and serving dinner from a local food pantry. As they continued serving, however, they noticed a pressing need for better meals. They decided to begin making food at their homes and bring it with them to serve to the dozens of kids who attend Big Fish. This became their primary mission, and they began to joyfully fill this need.

Taking their kids with them on Thursday nights turned out to be an opportunity to further knit the group together. Sue has watched as the gifts of mercy and compassion began to unfold in her oldest daughter. “The kids of our families just know what to do,” she says. “They jump in and start serving. They love it. And it’s opened their eyes to the needs of others. They are becoming broken for these kids who have so little.

“In the beginning, our group didn’t really know each other,” Sue explains, “but we grew closer through living on mission.”

Some couples were still uncomfortable going to the East side but were willing to make food. Eventually, each couple ended up serving and engaging on a personal level, and soon the heartbeat of the group changed from "No way" to "OK."

As Sue and Coby continued to lead in obedience, God continued to grow their group, change hearts, and multiply the impact. About six months after the group started serving, they had grown so large that Sue and Coby began praying about asking people to lead their own missional community groups. Several couples decided to leave and start another group together. A few months later, another couple felt led to leave and start a group. It was an exciting and sweet time to see God at work in people’s hearts and to see more missional communities forming.

Today, Sue and Coby’s group is made up of seven couples, and they now provide food twice a month for Big Fish. The number of kids who attend each week has grown from 15 to 60. “The beauty of a group is that even though everybody is busy, as a community you pick up the slack for each other and step in to fill the gap," Sue says. "Cooking food for 60 people is a lot, but together we make it happen.” It has been an encouraging experience for Sue and Coby, and many of the members who were resistant in the beginning have expressed gratitude for being pushed to serve in East Austin.

“Being in a Missional Community on mission is awesome,” explains Sue. “It builds relationships, it sets an example for your kids and family, it applies God’s Word, and it is very meaningful," Sue says. "I wish we had done this a long time ago. It’s life changing.”