Wherever You Would Call Me 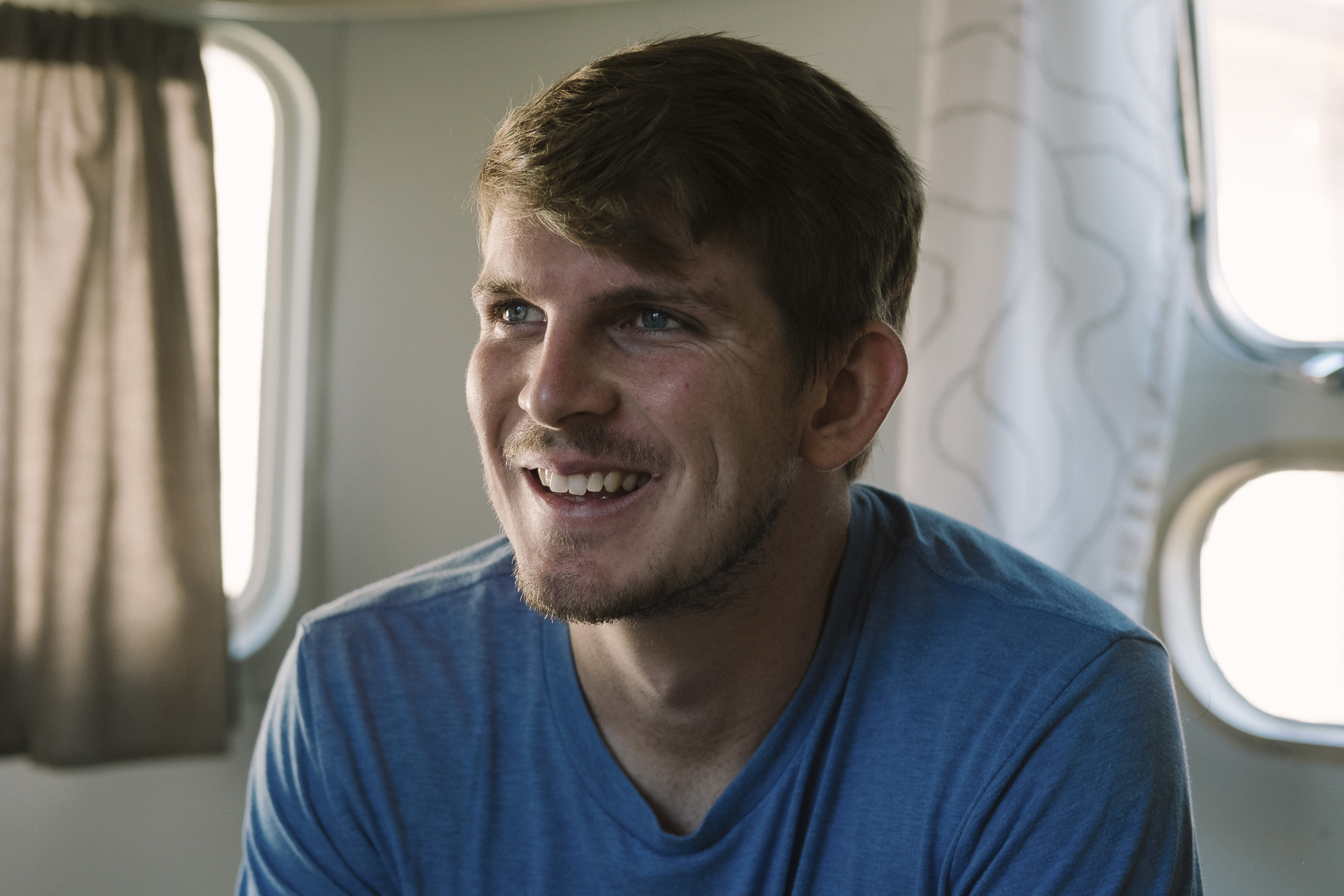 If things had worked out differently, you might have found Kenny back in his hometown of Corpus Christi, dressed in a stiff suit and tie, maybe in an office with the sweet smell of leather chairs and a view of the bay. He might have been poring over legal documents, using God’s gifts of speech and debate to disrupt human trafficking as an attorney. For a long time, Kenny imagined his life looking something like that. He wanted to do something meaningful, something his dad could point to and be proud of. But Kenny’s Heavenly Father had different plans.

The summer after Kenny’s freshman year of high school, God first revealed Himself to Kenny at a Fellowship of Christian Athletes (FCA) sports camp, an organization he got involved with through his time playing baseball. Though he had attended church his entire life and heard the gospel numerous times, the FCA camp was his first experience with the emotionally raw kind of worship that causes people to unashamedly raise their hands and voices. The Lord continued to stir Kenny’s heart and, after winning a debate tournament and learning of the realities of human trafficking, he was sure God was calling him to use his talents as an attorney.

The following school year, Kenny moved from his small, suburban high school to an urban city and found that the FCA that he had grown to love was virtually nonexistent in his new school. Kenny got involved in the FCA leadership and, with him speaking and his friend leading worship on Wednesday nights, their numbers grew from five to 50. Revival was happening in Kenny’s new high school. Each week as he took the stage to speak, he looked at the expectant faces in the crowded gym and proudly thought, I did this.

‍When Kenny started applying to college, he looked for three things: a place where he could continue to play baseball, a school known for producing attorneys, and a campus where he would have opportunities to share the gospel. He found all of those at Southwestern University. There, he surrounded himself with believers and, continuing in his self-righteousness, he walled off anyone or anything associated with the party culture on campus. When his entire baseball team was rushing fraternities, he refrained, thinking, That’s where the sinners go.‍

Eventually, Kenny started playing keys with two seniors who were leading worship on campus. The seniors, however, would be graduating soon and wanted to discuss the future of the weekly worship service with Kenny. They told him that he would have to take over or the service would come to an end. They asked him to pray about quitting baseball in order to keep it alive, but Kenny was hesitant. He had played baseball his entire life, and the sport was one of the main reasons he had chosen to attend Southwestern. He agreed to pray about it, but his pleas to God were meager, half-hearted attempts. Nonetheless, God used those prayers to incite a heart change in Kenny, and he began to despise baseball for seemingly no reason at all. His excitement for leading worship grew and grew until Kenny decided to quit baseball in order to devote his time to leading the worship service.

The next summer, Kenny felt the conviction of the Spirit. For the first time, Kenny saw error in the way he was treating the people around him. He began to understand God’s capacity for grace and that it is extended to anyone, regardless of their sin. Kenny had built himself up for so long as the example of an ideal Christian that he had grown disconnected from the people that God seeks to know and love.

The following year, Kenny devoted himself to building relationships and genuinely getting to know the people around him. Having quit baseball, he led worship each week with full dedication. All the while, he was continuing to pursue law school with no ambition of going into ministry. In fact, in all the years of leading in high school and college, he never thought about being anything other than an attorney.

When it came time for him to take the LSAT during the summer before his senior year, Kenny felt a lot of uncertainty about pursuing law school. He began to question the ambitions he had kept for so long. However, he felt joy in his time leading worship and even thought, Why can’t I just do this?

The most convicting affirmation of Kenny’s call to ministry came on a Sunday when he overslept for the morning service at his home church in Georgetown and found himself at a Sunday evening service at The Austin Stone Community Church. As he listened to Matt Carter describe his own call to ministry, Kenny started thinking, Law school doesn’t make me feel that way, but leading worship does. The band started to lead a song that Kenny had heard and led countless times, but, in that moment, he felt newly convicted by the lyrics:

Over the next few years, the Lord led Kenny on a journey of faith and he is now in his second year as a worship resident at The Stone. He looks back on his ministry in high school and college, at the times when he was harboring sinful pride and self-righteousness, and is amazed at how God used him even then, a broken kid, to spread the gospel to his classmates. And, though he always wanted to make his father proud by gaining status and recognition, he recognizes how his parents are overjoyed in seeing him proclaim the glory of God instead.