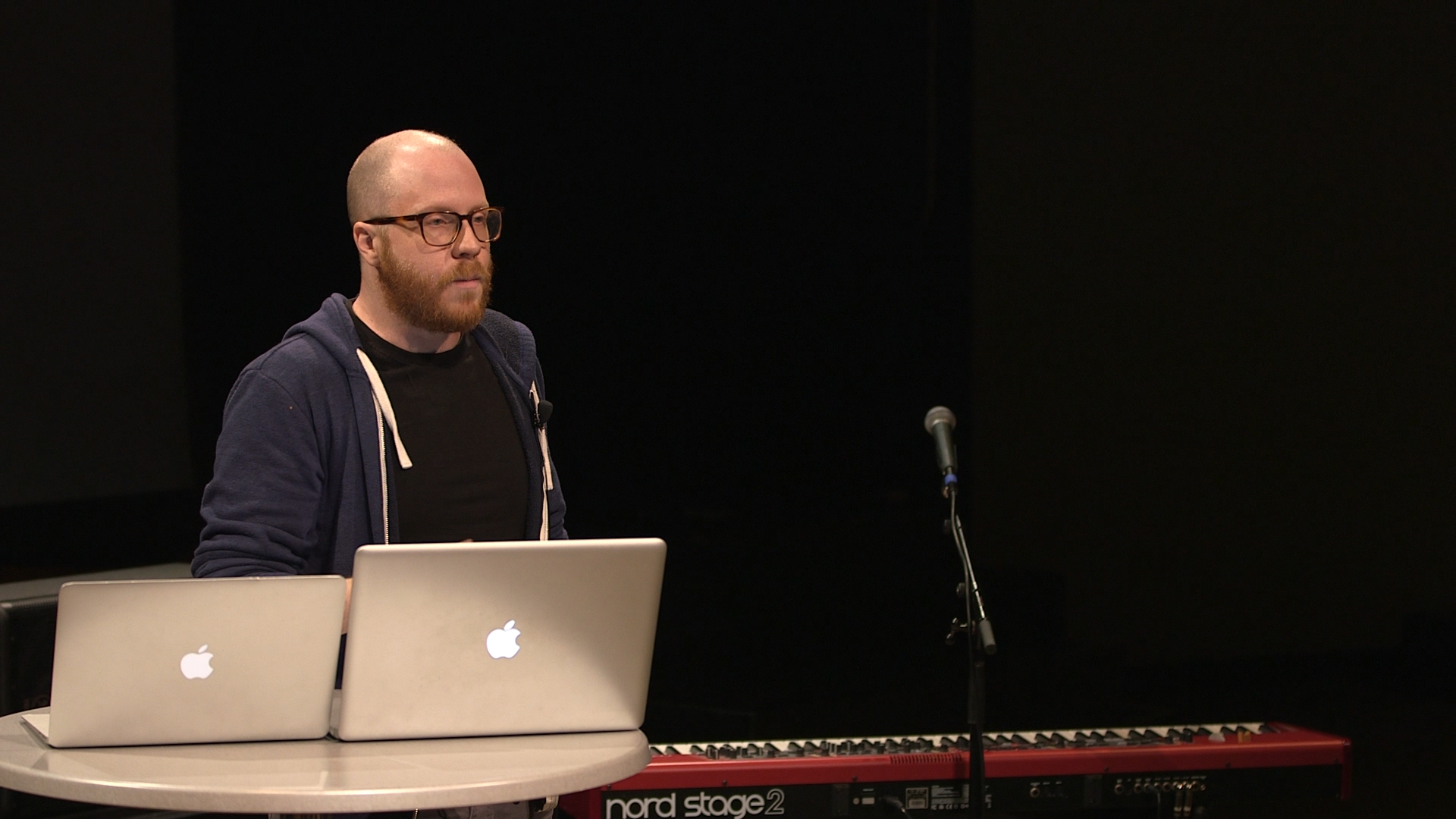 Kyle Lent teaches about how pride is the biggest hindrance to collaboration. We must humble ourselves in submission to each other, and we see a perfect example of submission in the trinity.

Humility, I mean, it’s in the word submission. Submission is this idea of saying, “You know what? I’m gonna put you above myself even though it doesn’t make sense. Even though maybe I have more skill in this area I’m going to submit to you because we’re doing this thing together. We’re collaborating.”

And so just a couple of thoughts on pride as you think about this – if you’re a worship leader, if you’re a band leader, but also if you’re in a band, if you are serving under some authority, which we all are in some capacity, here are a couple of quick thoughts.

The ultimate example of mutual submission is the trinity. Right? The trinity is the godhead, three persons in one, that is submitting to each other perfectly all the time.

The Father is pointing to the Son. “Look at my Son. This is my Son in whom I am well pleased.”

They’re all submitting. The Spirit is pointing back to the Son at all times.

But on the other hand, if we are in a band dynamic or team dynamic and we think that we know better than everybody else and we can do this better than anybody else, we’re saying the exact opposite of what the trinity is.

Pride says, “My ideas are better. You don’t know what you’re talking about. You don’t bring anything to the table.” And those are all things that splinter and fracture a team.

I was thinking about this. My wife and I just sold a house on the east side and moved south, and one of the things I had to do when I was getting our house over here ready was to put up a couple of ceiling fans.

As soon as one of those pieces, you know, gets a big head and says, “I’m more important than these other pieces,” then the whole thing falls apart. That’s what pride does in your team.