What Does It Mean To Trust God? 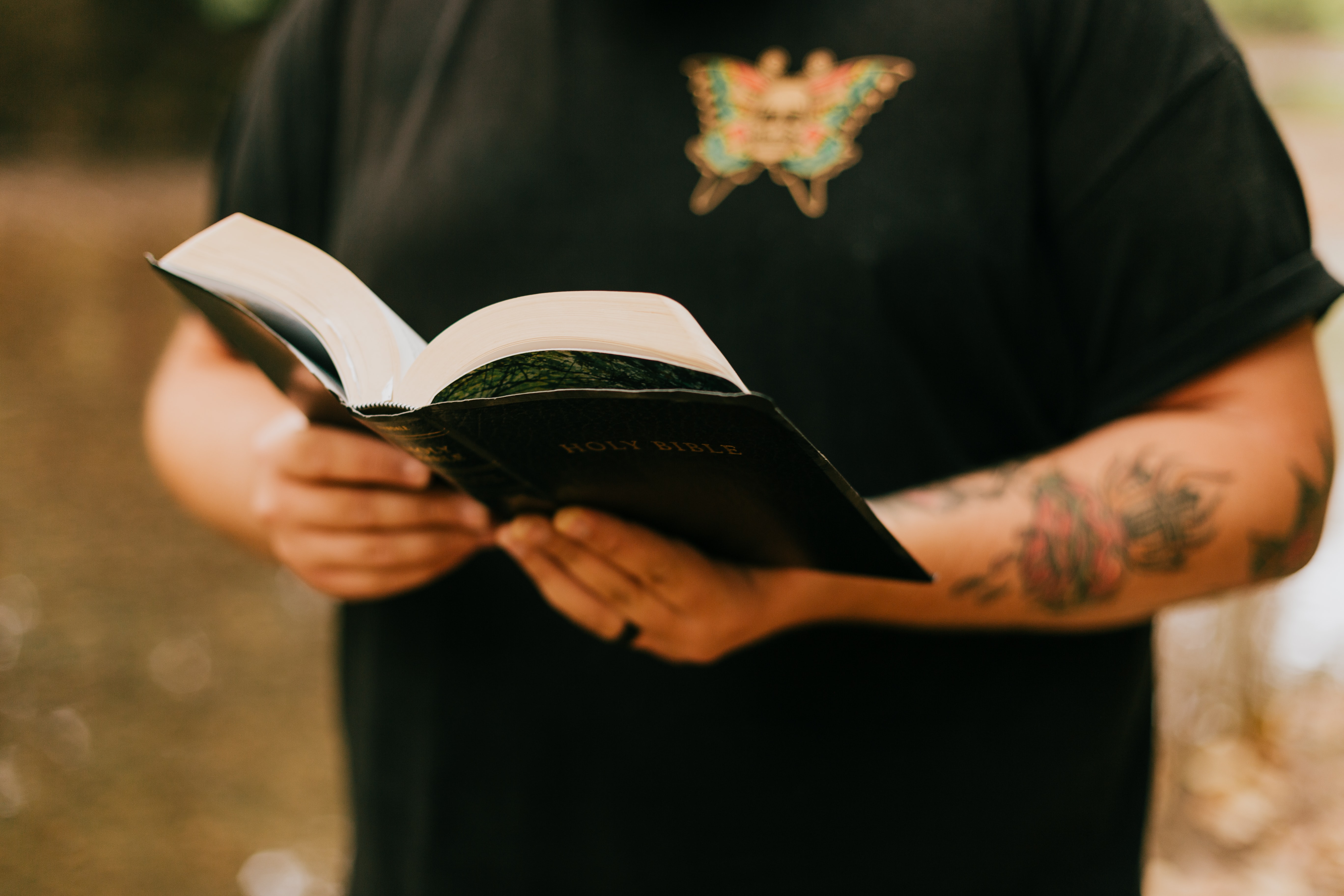 David is profoundly relatable. He was a poor shepherd, and a rich king. He was overlooked by his own family, and the head of an entire nation. He was a mighty warrior, and a masterful musician. He was a victim, and an abuser. He was a loving father, and a grieving parent. He was a man after God’s own heart, and an adulterer, murderer, and liar. David’s life offers a wide spectrum of experiences and circumstances for all of us to connect with on a personal level. Reading the stories of David’s life normalizes what our personal stories feel like as we experience our own moments of trial and triumph, faith and failure, sanctification and sin.

At the same time, the stories of David’s life instruct us on what our personal stories should look like as we experience them. Since the breadth of David’s experiences, faithfulness, and sin are revealed through God’s Word, they become an authoritative guide for how we should interpret the complexities of our own lives. David’s life is not merely something for us to relate to. His life speaks to us today—teaching us through the living and active words of Scripture.

In this post, we will look at a story from David’s life in 1 Samuel 24 that teaches you and me what it looks and feels like to trust God’s sovereignty and promises in the midst of a trial. It is a beautiful example of how you and I can hold on to God’s promises and still experience a wide range of emotions. Furthermore, it shows us the tension we feel between God’s sovereignty and our responsibility to the opportunities He presents us with.

David, having been anointed by God to be Israel’s next king, flees to a desert cave because the current king, Saul, wants to kill him for being a threat to his reign. One night, Saul unknowingly enters the same cave and is unaware of David’s presence. David is free to respond to the situation however he wants to. God has already promised that David is to be Israel’s next king. However, God did not promise the timing or the circumstances that would lead to him becoming king. We can almost hear the internal dialogue David might have had as he assessed the situation—and it sounds a lot like the dialogues we have with ourselves in our own trials.

‍“I know this situation isn’t random. God clearly brought Saul to this cave for a reason, but why? I know God’s promises are true. I know He wants me to be king. Do I have to wait for that to happen? Or does God want me to make that happen? Do I kill Saul while I have the chance? Should I let him go? Should I try and reason with someone who wants to kill me? But how can I become king if Saul still lives? Even worse, how can I become king if Saul kills me first? Is it right for me to kill the king of God’s people? That doesn’t seem like something God wants me to do. But If I don’t, how long will I have to flee? God, what do I do?”

Take a couple minutes to read 1 Samuel 24. As we look further into the passage, we learn two important truths about what it looks and feels like to trust God’s promises and sovereignty in our trials.

‍Trusting God’s promises does not undermine the impact and emotions of your trials.

1 Samuel 24 takes place in the middle of David’s trial with King Saul. Before we examine some of the feelings David expresses in this chapter, it is important to acknowledge the impact of what David has already experienced. God has promised to make David king and Saul is a real threat to David’s life as he waits for that promise to come true.

Like all humans, the typical response is fight, flight, or freeze. David chooses flight. David is not running from God’s promise—he is running towards God’s promise. It is precisely because God is sovereign that he is fleeing. This is significant because it shows us that sometimes the difficulties we face in our trials occur in our pursuit of God’s promises, and not rebellion. And his decision to flee came with real consequences. Consider the impact that fleeing had on David and other people:

With these impacts in mind, consider how reasonable some of the emotions David must have felt before Saul entered the cave.

These are normal emotions for David to feel given the circumstances of his trial. And then, in the quietness of the cave, the worst case scenario happens—Saul walks in. This moment produces more reasonable emotions for David:

But why? If God is sovereign over all of our trials, why are they sometimes so long and difficult? This leads to the second truth we learn from 1 Samuel 24.

Trusting in God’s sovereignty allows us to experience God’s faithfulness while we wait on His promises.

It is in the waiting, the moments when you wait for God to fulfill His promises, that God meets you in powerful ways. He wants to meet you at the end of the trial when His promises become true and in the daily moments of life throughout the trial. When our trials lead us to places we never wanted to be (spiritually, mentally, emotionally, physically), we are presented with an opportunity to see God’s faithfulness in ways we would have missed out otherwise.

Consider David’s situation again. It was God’s promise that he would be Israel’s next king that forced him to flee from Saul. This leads David to find refuge in a cave. I would imagine that if he had the option, David would have chosen circumstances other than being homeless in a desert cave. However, the cave is the ideal refuge. The rock that surrounds him on all sides serves as the perfect protection against the scorching heat of the desert and the threats of his enemy. Even when Saul enters the cave, David is the one in control of the situation!

How fitting is it then, that the place where David is experiencing the most vulnerable moments of his trial is where he learns that the Lord is his refuge! The Lord is a refuge that surrounds all of David’s life and will protect him from the scorching heat of life’s trials and anything that threatens God’s promises to him.

David’s trial led him to a refuge he didn’t ask for so that he would experience the only refuge he will ever need—the sovereign Lord. It is in the physical refuge of a cave that the Holy Spirit inspires David to write Psalm 57, which is now a promise forever to you and me that the Lord is our refuge too.

“To the choirmaster: according to Do Not Destroy. A Miktam of David, when he fled from Saul, in the cave.

Be merciful to me, O God, be merciful to me,
for in you my soul takes refuge;
in the shadow of your wings I will take refuge,
till the storms of destruction pass by.
I cry out to God Most High,
to God who fulfills his purpose for me.
He will send from heaven and save me;
he will put to shame him who tramples on me.
God will send out his steadfast love and his faithfulness!” (Psalm 57:1-3 ESV)

If your trials have led you to an unfavorable place, the difficulties and emotions you are experiencing are real and normal. And it is not wrong for you to experience the tension of what it feels like to trust God in these moments. But don’t forget to look up and experience God’s faithfulness to you! Don’t miss out on the ways God is revealing Himself to you. Consider the ways in which He may be faithfully providing you with what you need, even if it is not what you want. This was true for David.

Eventually for David, the waiting ends. God makes good on His promise to David and his trial ends at the throne once he becomes king. But now, David’s faith in God is stronger because he experienced God’s faithfulness to him in the waiting.

But what about you and me? You and I are not David. God has not promised any of us to be the next king or queen of God’s people. However, just like David's, our trials will also find their end at the throne of the King. But it’s not David who is seated—it’s Jesus Christ.

David is a king we can relate to but Jesus is the King we are united to. Our union with Jesus Christ guarantees that every single promise we cling to in our trials will lead us straight to Him—the One who is seated on His throne and “upholds everything in the universe by the word of His power” (Hebrews 1:3 ESV). His promises don’t give us all the details regarding the timing or how it will look, but He will fulfill them. How can you be sure? “For all the promises of God find their Yes in him. That is why it is through him that we utter our Amen to God for his glory” (2 Corinthians 1:20 ESV).

God is sovereign in your trials. Even though trusting God’s promises doesn’t always feel good, it is always good because they lead you to Jesus— the One who says “yes” to you. 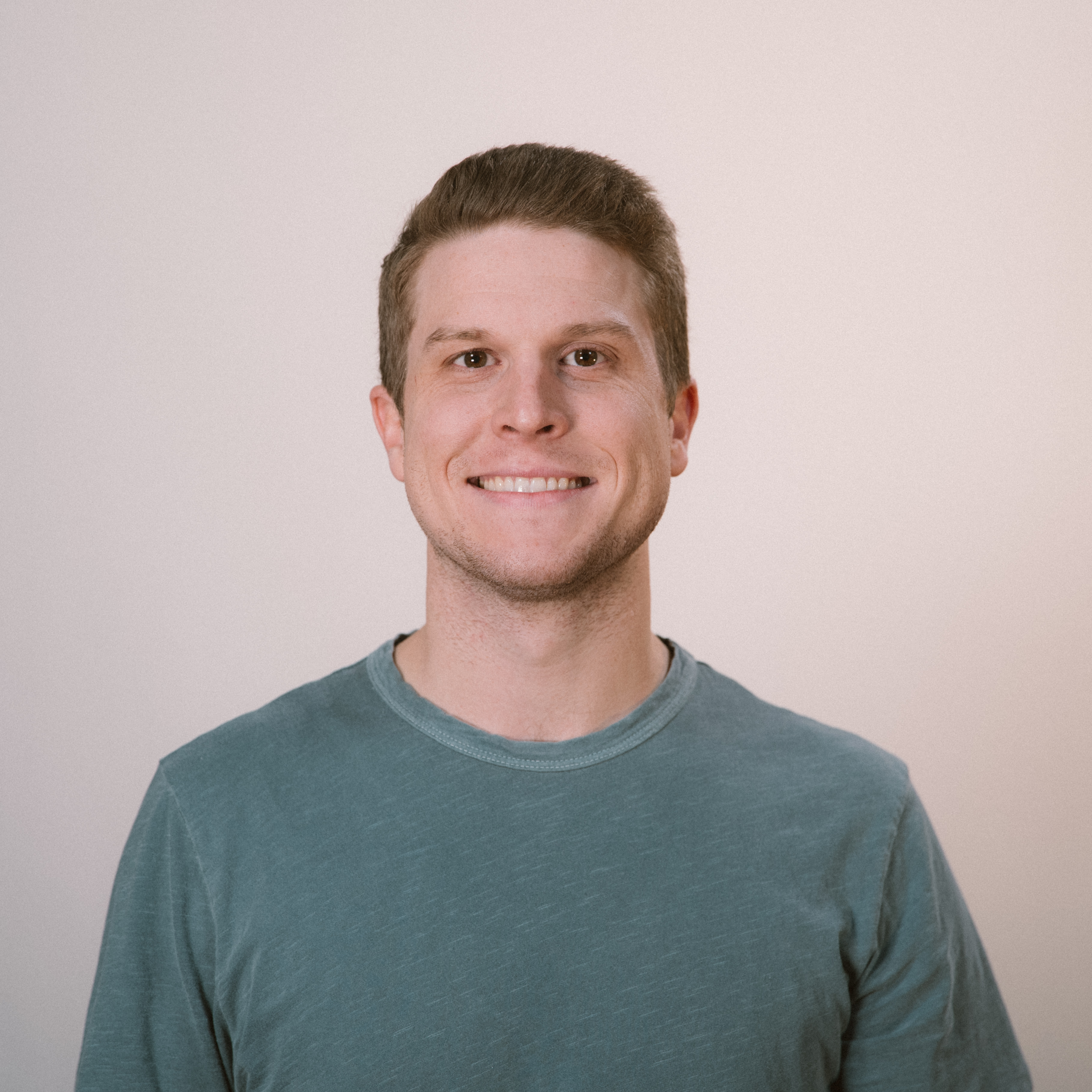