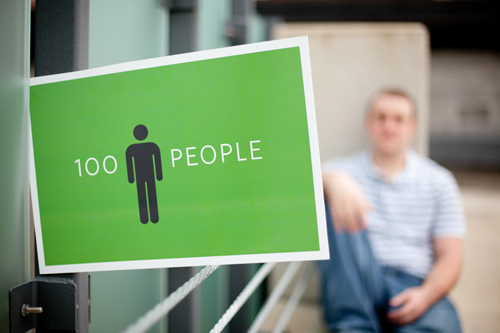 Noah Burns has deep roots in Austin. He grew up in the Texas capital and has strong connections all around. There is the high school he graduated from, the university he loves, and the church where he came to know the Lord. It’s where his family and friends are.

Recently, though, Noah has felt a tug to uproot from Austin and his tight network here to follow Jesus to his new home, in a nation thousands of miles away where he knows almost no one – except the Lord.

After being saved as a high school freshman, falling away for a time, and then graduating from college, Noah’s faith was refreshed and the Lord drew him near. “His faithfulness and steadfast love for me is very real in my day-to-day life,” Noah stated. In this renewed closeness with Christ, Noah felt a call to pursue a lifelong interest in acting that took him to Los Angeles.

It was a tough time professionally, but he found a home in a local church that welcomed him, where people were committed and the worship was powerful. God continued to grow Noah’s faith during that time in a very evident way. “It’s the coolest thing in the world when God is actually moving in your life,” he said. Noah’s acting career, however, didn’t take off and he felt God’s call to return to Austin – and, as it turns out, to a lofty calling to another faraway place: North Africa.

Noah had no concept of what it meant to serve internationally when he moved home to Austin and started attending The Austin Stone. “I never knew about missions, never thought about missions. I didn’t know what an unreached people group was,” Noah said.

Upon hearing a recommendation, he began reading Let the Nations Be Gladby John Piper and the first paragraph hit him hard. It said:

Missions is not the ultimate goal of the church. Worship is. Missions exists because worship doesn’t. Worship is ultimate, not missions, because God is ultimate, not man. When this age is over, and the countless millions of the redeemed fall on their faces before the throne of God, missions will be no more. It is a temporary necessity. But worship abides forever.

This thought, this concept of worship, compelled Noah to leave his hometown in order to serve his Lord. In addition to worshipping the Lord through his obedience, Noah also finds sustenance in the promises of God.

If anyone loves me, he will keep my word, and my Father will love him, and we will come to him and make our home with him. (John 14:23)

And that’s exactly what Noah and his team are doing in North Africa. “We’re going there to gather God’s children. I have brothers and sisters there, and my job is to go over and find them,” Noah proclaimed. “I know God’s promises; He will bring them to Him.”

The freedom that Noah found in those promises has begun to put his personal idols to death. Before he answered the call to overseas missions, Noah struggled with seeking the approval of others. “I was the last person to look for an opportunity to share my faith with my friends,” he confessed. “I was just really cowardly.”

Once Noah committed to serving in North Africa, he found that God would sanctify him through his obedience, and he started to see victory over his idol of approval. “Now, by God’s grace, I am always talking about Jesus,” he said. “I look back just nine months ago and think about the person I was and how God has used this to bring me to where I am today.”

Noah’s calling has already produced fruit in an unexpected place: “Both my parents have just fallen head over heels in love with Jesus over the last few years,” he told me. “Two years ago if I had come home and said, ‘I really feel the Lord taking me overseas’ I think they would have not understood it, but now they are incredibly passionate about it.”