Turn and Take Your Journey 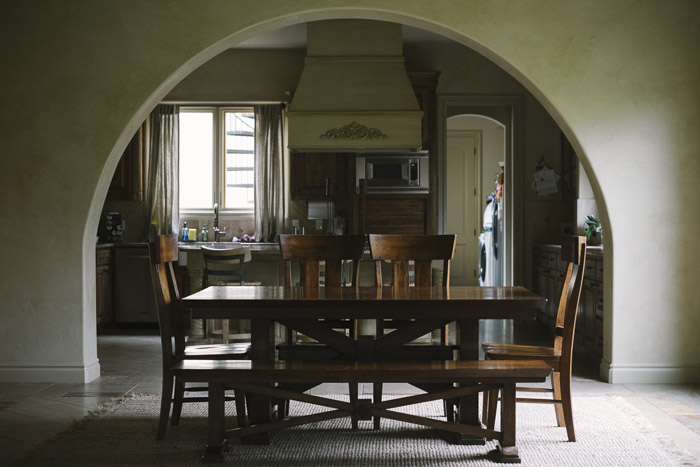 When Sue Allen’s husband, Coby, called her to the kitchen table to talk, she knew something was up. When he told her, with tears in his eyes, that he felt an enormous burden to adopt after hearing the adoption sermon that morning, she looked at him and said, “No."

The excuses ran through her mind… She was too old. They had only lived in Austin a year after a hard move, and her kids were still adjusting. Coby worked long hours as an infectious disease doctor at a local hospital, and she knew he wouldn’t always be around to help.

“All I could think about is, I’ll be raising this kid. It’s my time that will be zapped,” Sue said. “So I just squelched it. I thought, No, you did not hear from God, because he would have told me, too.”

A few days later, three couples asked for prayer for adoption during their Missional Community meeting, including two newcomers. Sue was shocked when Coby, caught up in the excitement, burst out and said they were adopting, too. The room was filled with surprise and joy, and they were peppered with questions. Sue remembers putting on her “phony, plastic, Christian” face.  Once everyone left, she turned to Coby, angry and hurt. After apologizing, he challenged Sue to pray about adoption.

About the time that Sue was saying “no,” an orphanage in Haiti was saying “yes.” Yes to a 5-pound baby abandoned in a dangerous marketplace. Comerson was six to nine months old when he was found, HIV positive, and so sick doctors doubted he would live. They knew it would be difficult to place him with a family, but they sensed God telling them to take in the child.

Back in Austin, Coby was silent about the adoption issue for three months. One day, after dropping their three kids off at school, he asked Sue back to the kitchen table.  He asked if she had been praying and if God had changed her heart about adoption.

Even when she said “no,” he went on to tell Sue the night before he had stayed up late, praying for hours, and then checked his email. He found a message from old friends with medical questions about their two adopted boys from Haiti. Coby had a heart for the country ever since trying to volunteer as a doctor after the 2010 earthquake. He told Sue that he felt God was leading them to adopt from Haiti.

Sue knew her husband was hearing from God. When Coby asked her how she felt, she looked at him across the table and said, “I just feel nothing. I feel empty, but I’ll submit. I’ll say yes.”

She was tired of running and told Coby she wished she could feel more like him. They prayed at the table that God would fill Sue with passion for adoption and give her a heart for the orphan.

Coby suggested that she call the couple who had emailed him the night before about their adopted boys, so Sue picked up the phone and called the woman she hadn’t spoken to in years. The woman on the other end of the phone started crying when Sue said they were considering adopting.

“You won’t believe what I’m doing right now,” she said. “I have my computer open on the table to our orphanage in Haiti, and I’m praying God would provide a home for each child.” It was at that moment that God flooded Sue with emotion.

A few weeks later the Allens put their completed paperwork in the mail. As the precious package was traveling to its destination, a special board meeting had been called to pray for a family to adopt Comerson, who was still very frail and sick. The day after the board of directors prayed, in God’s perfect timing, they received the Allens’ paperwork. They saw that Coby was an infectious disease doctor and knew they had found the answer to their prayers. When they called the Allens to ask if they’d be willing to adopt a child with HIV, the answer was a resounding “yes.”

“At that point I was so broken. I was at a place of humility—I would do anything,” Sue remembered.

Comerson is in Austin now, and life isn’t always easy. When she finds herself struggling physically or emotionally, Sue prays, turns to Scripture, and reminds herself about how God faithfully led her to this place. Deuteronomy 1:6-7 is an important verse for the Allen family:‍

The Lord our God said to us in Horeb, “You have stayed long enough at this mountain. Turn and take your journey…”

God turned Sue’s heart from “no” to “yes,” leading her to the country of Haiti and to a little boy named Comerson. Now six Allens gather around the kitchen table, sharing stories of journeys completed and journeys yet to come.

adoption
for the orphan