To Move Heaven and Earth 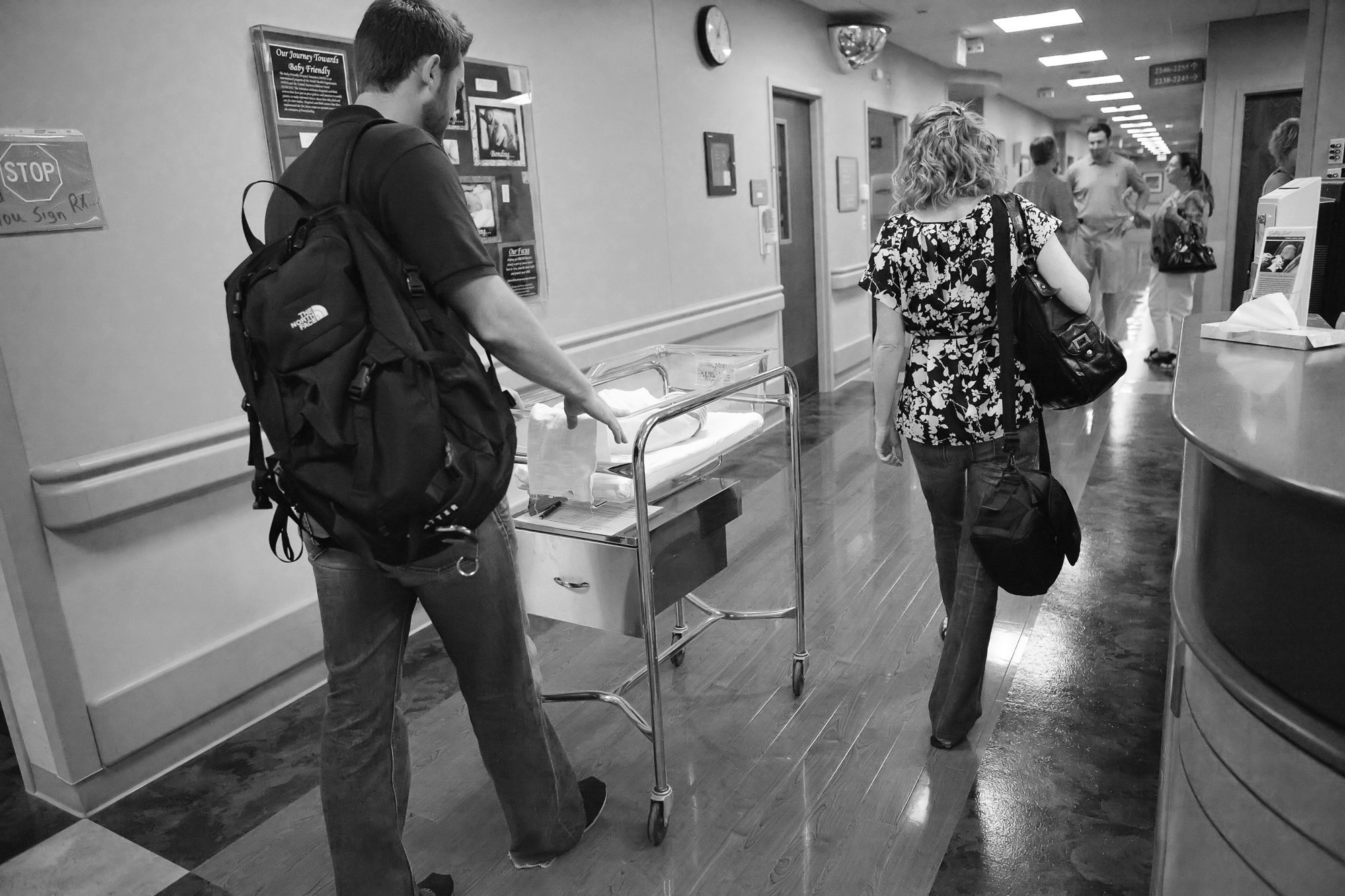 Before they got married, Jacob and Cristina Martin knew adoption would be part of their story. "We just had a different plan," Jacob said. "We never could have written the story that God wrote for our family."

Their story of adoption is one that the Martins love to share. Since bringing their daughter home in June, they have seen the redemptive theme that God has been weaving through their lives, as well as in the lives of the birth mother and her family.

"This story has never just been about us," Jacob explained.

The Martins were placed on an adoption wait-list in October 2010, about a year after they started praying for their future birth mother. With adoption being a rather large expense, they struggled to make their scheduled payments. "One of the ladies who worked at the agency would send me an email every time we received a donation," said Cristina. "Sheʼd let us know how much we received and no matter the amount she would always say, 'Praise Jesus.' It was just a constant reminder of his provision. I spent those weeks crying every time I would open an email from her because I was just so humbled."

During this time their missional community stepped in to help. It still moves Jacob and Cristina to talk about the sacrifices made by their group. "We had just moved to Austin. These people barely knew us and they took it upon themselves to join us in our journey. It was unlike any community we had ever been a part of before," Jacob said, shaking his head.

"Our community group gave more than our family – nearly $7,000. They wrote checks that were sacrifices. These were donations that would hurt them financially, but they gave anyway."

Two weeks after they were wait-listed, Jacob and Cristina's future birth mother found them on the agency's website. Immediately she knew that this was the family that would raise her baby, but because she was still early in her pregnancy the Martins were not notified until later.

In February, Jacob and Cristina were surprised to find that they were pregnant. They had experienced multiple miscarriages in the past and, for a few weeks, they hoped that God was doing something unexpected in the midst of their adoption process. And he was ... just not what they anticipated.

"Looking back, it is amazing to see Godʼs hand and timing in everything, even in Cristinaʼs miscarriage," Jacob said. "Here, we thought God meant for us to conceive one of our own in the middle of our adoption when, in reality, he just wanted to bring our community to a place where they could minister to us in the midst of pain. He wanted us to see that and to experience it."

Two weeks after Cristina lost the baby, they were still waiting for an adoption match. One morning she woke up fighting a feeling – a hope – that their agency would call that day.

The call came while she was driving. "I looked down and saw our agencyʼs number and nearly wrecked the car. I couldn't believe it. All this waiting ... and it was [nearly] over."

Meeting the birth mother and her family, the Martins immediately fell in love. Jacob and Christina saw open adoption as a unique opportunity for ministry and a way to extend their own family. They admit that it was hard. Although they could see shame and condemnation written all over their birth mother's face, the Martins continued to remind her that she was an answer to their prayers.

"We were lucky," he adds. "These people were believers, so we had a common foundation. But they completely withdrew from their home church in shame when their daughter got pregnant. We kept praying for them to see her pregnancy not as something to be condemned, but celebrated," explained Jacob.

"Because of her, we were getting a daughter."

A few weeks before their daughter was born, Christina remembers telling the birth mother's mom that the Austin Stone wanted to help tell their story and that a photographer would be coming with them to the hospital. Her face completely lit up, almost as if she realized that the story her daughter was in the middle of was greater than she imagined.

Since meeting the family, the Martins have witnessed a complete restoration. Cristina breaks into a huge smile when she talks about it.

"The family is back in church. Our birth momʼs parents told a friend in their Sunday school class about their year and they were asked to share the story one Sunday. They agreed, which is huge. And our birth mom! Sheʼs so mature – shows such a depth. Sheʼs going to share her story to the whole church."

Itʼs easy to forget where you've come from when you reach a milestone, but Jacob and Cristina recognize the work God has done in their lives and are thankful – even for the moments of sanctification. "Weʼve had an incredible few years. A lot of hard moments. A lot of painful moments. But God is faithful and weʼve grown so much," Jacob said. "I wouldnʼt trade it for anything."

Cristina agreed. "Adoption isnʼt easy. But if thereʼs anyone out there who feels God may be leading their family to adopt, donʼt let finances or fear keep you from obedience. Just sit back and watch our heavenly father move heaven and earth to bring an orphan home."

adoption
for the orphan
missional community