To Hold Our Hope 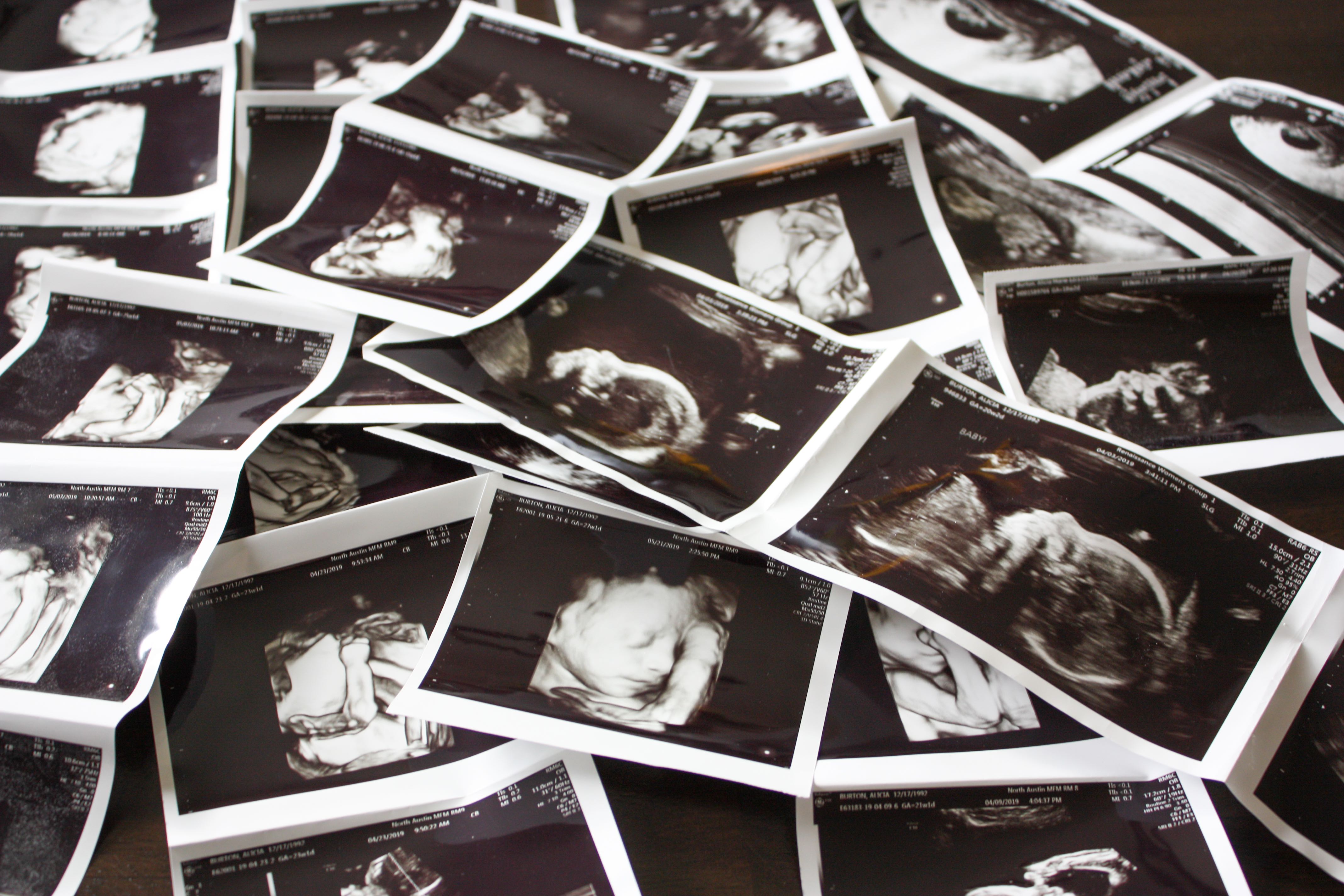 When Michael Burton heard his wife call out his name or saw her number on his phone, his heart caught in his throat. Would this be the moment they would leave for the hospital? He thought. It’s too soon. The complicated nature of their pregnancy left many things uncertain.

As the pregnancy began, everything seemed normal and routine. Even so, both Alicia and Michael felt unsettled. “To save myself from disappointment, I erred on the side of being almost fatalistic,” Michael says. “I told people I was excited and hopeful, but inside, I still felt a little hesitant.”

Originally, the Burtons were unsure whether they could have children. Alicia has trouble gaining and maintaining weight, but doctors do not know why. Her grandmother had similar medical issues that were difficult to diagnose, and she also had multiple miscarriages. Alicia wondered if her path might be similar, but she had no idea what to expect.

Then, she learned she was pregnant. “I knew what a gift it was to be pregnant,” Alicia recalls, “so I wanted to celebrate every little thing for however long we had our child.” After the first trimester, the Burtons began preparing for their much-anticipated little one with cautious joy. But at their 20-week appointment, after finding out that their baby was a girl, Alicia’s doctor advised her to visit a maternal fetal medicine specialist and go on pelvic rest until then.

A week later, they learned Alicia had a condition which could contribute to premature birth or miscarriage. At 23-weeks pregnant, Alicia had to leave her job as an occupational therapist to go on modified bed rest.

As an achievement-oriented person, Alicia knew it would be easy for her to believe the lie that she had no worth because she was unable to complete her usual activities. Fighting that temptation, she came to see the time at home as a blessing, knowing God placed her in her circumstances through His wisdom.

Alicia taught herself to crochet and began to make a blanket for their little girl, not knowing whether she would get to use it. Since Alicia could not walk or stand for more than 10 minutes at a time, the Burtons hosted people in their home and learned how to let others care for them. Alicia read her Bible, memorized Scripture, and prayed for her family and friends intentionally, realizing that through prayer, she was playing an active role in the kingdom of God.

As Alicia sat and contemplated the risky nature of her pregnancy, she did not want to admit their child might not be carried to term. With her activity limited and weekly doctor’s appointments as the only marker of time, it was tempting to put all of her hope in her unborn daughter’s arrival. So a few weeks into her bedrest, Alicia began studying what Jesus said in Matthew 25 about His return.

The wait at home felt long, and the outcome of all of this sitting was unknown. But Alicia realized that she did know the outcome of her faith in the life, death, and resurrection of Christ. Jesus will return one day, and she wanted to be prepared. She recorded her thoughts in her journal and shared it with Michael.

The Burtons talked about Alicia’s journal entry and Christ’s return a lot. With a new perspective and much anticipation and preparation, they continued to wait and pray.

Finally, at 35 weeks, Alicia was given freedom to resume her normal activities. Then at Alicia’s 37-week appointment, the doctor noticed the baby’s weight had dropped a little. After a second glance at the monitor, the doctor decided it was time to induce. Michael’s phone rang, and it was for a joyful reason.

Ava Grace Burton was born weighing five pounds, five ounces. Though they had picked the name before Alicia’s bed rest, the Burtons later learned that Ava is derived from the Hebrew name “Chava,” which means life.

“Those months were a gift in themselves to be able to walk through the uncertainty of our pregnancy. God gave us more of Himself in that time. I will probably remember it as some of the sweetest time in my relationship with the Lord,” Alicia says. “I want everyone to remember where our hope is—in Christ’s death and resurrection. We forget about His return, but He is coming and will make all things new. It’s the only thing that can hold our hope.”

Of that, Michael and Alicia are certain.