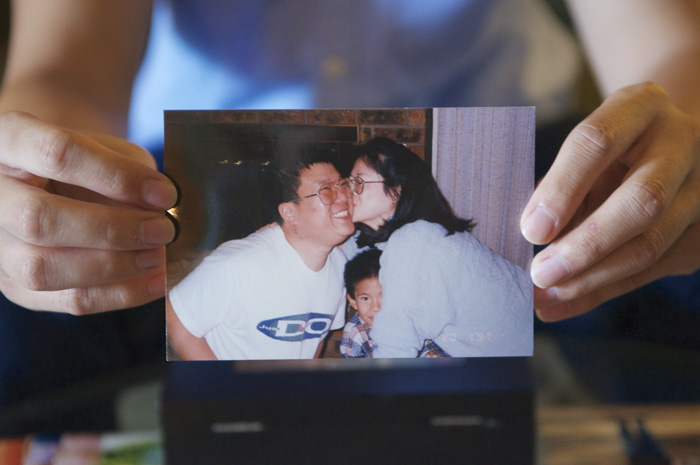 “If you decide to do this, you don’t love your family. And I could never follow Jesus.”

These were the words.

These were the words Ryan’s mother spoke after he told her he wanted to work full-time in ministry. Near the end of his college career, he felt God calling him to minister to unreached people groups. What he discerned as God’s call, however, his parents viewed as a waste of his life. Ryan was conflicted. “If God wanted me to do ministry,” he wondered, “why would it cause my mom not to come to faith?”

Ryan was raised in a quiet suburb. For his entire life, his father had been an atheist and his mother had been a cultural Buddhist. “My father was the head of the house,” Ryan said. “He rarely showed emotion, but always led and provided for the family. My mother was the communicator and the encourager.”

Ryan was close to his mother.

His parents only wanted the “best” for him. The “best” was simple: get good grades, treat others with respect and go to a top university to study medicine. In his freshman year, Ryan connected with a college ministry. He continued to go to school for medicine, while growing in his faith and praying for his parents every day.

“I just wanted them to be saved,” Ryan remembers.

In his final year of school,  Ryan told his parents he wanted to graduate and go into ministry. With this, his mother said those unfortunate words. He began to ask, “Why, God?” It was a question that would surface many times in the following year. When Ryan mapped out a path for God’s glory in his head, God always seemed to take a different route.

His aunt asked her pastor to visit Ryan’s parents. The pastor shared with them the gospel, that Jesus died for their sins and rose again, defeating death and offering eternal life with him. Ryan’s prayers were answered! His parents believed this message of good news, and started following Jesus. But soon after, Ryan’s mom slipped into a coma.

Ryan heard of his parents’ salvation from his aunt. He rejoiced and prayed with his roommates, friends and missional community group. In his heart, Ryan knew God was going to heal his mom, and he knew it would bring God glory. Ryan was convinced his mom would wake up and proclaim Jesus, and his entire family would come to know Christ.

He saw no other way.

Ryan’s mother passed away just a few days after beginning her relationship with Jesus, and Ryan couldn’t understand why. How could God do this? Where was his glory? His mom had been his biggest supporter, and she couldn’t even see him graduate now. Ryan had been certain—certain that God would heal his mom, and certain that his family would come to know Jesus.

God's ways are not our ways.

Several years after his mother’s death, Ryan’s pain is still present. He still misses his mom and wants to be able to confide in her. But Ryan doesn’t doubt his mom is in heaven. He doesn’t doubt that she is with Jesus. He has faithfully traveled to more countries and seen more people come to know Jesus through the telling of his own story. He now works as a global mobilizer for churches.

Ryan knows his journey is not over.

Though he experienced suffering, he knows that the entire thing was for his good, his mother’s good, and for God’s own glory. He is reminded of Joseph in Genesis —another tale of suffering that God meant for his own glory and for the good of his children. “If in just a few years, all of these things have happened,” Ryan wonders, “then how much more does God have planned?”