There is Kindness in His Commands 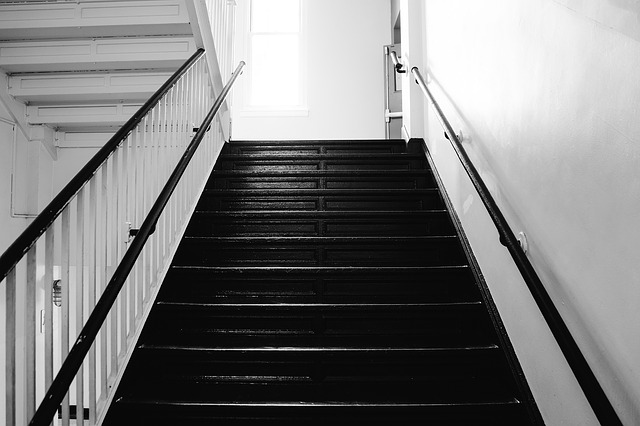 God delivered them from the hand of Pharaoh.
He took them through a desert where their clothes never withered and their sandals never wore out.
He gave them a country.
God was their King.

But this wasn’t enough for Israel.
They wanted a King made of flesh to sit on a throne made by man.
God was grieved that his people would want this and so He gave them over to their whims in order to show them the folly of what they asked.
Israel demanded a king and what they got was a tyrant.
What they thought would bring them life and prosperity only brought them death and misery. Sin is a Trojan Horse of joy. It appears like pleasure and it delivers pain.

Sin is a Trojan Horse of joy. It appears like pleasure and it delivers pain.

I recently wrote about the empty promise of sin in a post titled “Satisfaction For a Thirsty Soul” that you can read here. This will be a sort-of part two to that.

I confess that I have a really bad habit.
Here is what happens:

I decide that there is something that might be nice to have.
As time goes by, a feeling creeps in that I need it.
I am a studious guy and so I do my research on the thing until I become an expert on it.
After awhile, I have devoted so much time to envisioning how greatly my life will be improved that a sense of fear sets in that I might not ever get it, or that once I do, it will be taken from me.
What started as a little desire grew into the object of foolish affection.

Silly, I know, but I think this scenario may be a common one to many of us and it is revealing something about our hearts. We don’t know what we’re asking for. In each of us is a longing for happiness and so much of what we do in life is centered around trying to achieve that happiness. The same God who designed this longing for happiness is the same God who gives to us Himself to be our satisfaction.

So when Israel looked around and saw that all the lands around them had their own kings, they decided that they would not be satisfied until they also had one. Like a Trojan Horse, they did not know what they were asking for.

And the LORD said to Samuel,
“Obey the voice of the people in all that they say to you,
for they have not rejected you,
but they have rejected me from being king over them.
(1 Samuel 8:7 ESV)

Rejecting God as king is an act of treason, a serious offense that produces serious consequences. In the most ultimate sense, it is what put Jesus on the cross.

We can’t just point the finger at Israel though, because we have also rejected God as King. We do this when we look, not to Him, but to anything else in this world to bring us fulfillment. Even for the believer whose sins are forgiven, when we willingly live in sin we are believing the lie that Jesus is not enough for us. We choose to sin and it is like going to a broken well, looking for water. Not only that, but the water that we do find is like more like salt water, where every sip makes us thirstier. Sin never delivers lasting happiness and what is worse is that we are declaring with our actions that Jesus is not who He says He is.

The people of Israel would eventually see the foolishness of what they asked, but it was only after great pain from the hand of their new king, Saul.

And all the people said to Samuel, “Pray for your servants to the LORD your God,
that we may not die, for we have added to all our sins this evil,
to ask for ourselves a king.” (1 Samuel 12:19 ESV)

All of this might seem a little heavy but please read until the end. There is still really good news coming.

The Goodness of His Command

The one true God is no tyrant to demand that He be worshiped. If God is perfect in every way (and He is) what that means is that we are safe in worshipping Him. To glorify anyone or anything else is a tremendous risk because it will ultimately lead to the object of our worship proving in the end that it was not worthy and it will let you down hard. When this happens, not only are you hurting for comfort, but it has turned your face away from where real satisfaction is found.

That is why God is no tyrant to command that He be worshiped. Since He is perfect in every way, commanding that He and He alone be the object of our greatest affections is the most loving thing for Him to do.

This is why it is the first and greatest of the commandments:

And God spoke all these words, saying,
“I am the LORD your God, who brought you out of the land of Egypt,
out of the house of slavery. “You shall have no other gods before me.”
(Exodus 20:1-3 ESV)

Nothing fulfills human longing for joy like Jesus. Nothing ever could. Our need is too great. There is only one true and perfect God and He gives himself to His people to satisfy every need.

I have several close friends who are not Christians and they reject this idea. They ask me, “If there is a perfect God who is perfectly satisfying, then why do Christians still sin?”

That is a humbling question.

I have great hope for my friends because they are asking me questions like this.

Here is my response:

We often want only the things God can give us, but we don’t want God himself. Why is that? I think that it is because we forget who God really is. Like the Israelites in their new homeland, we have forgotten the amazing faithfulness and patience of our God. So when we forget that He is perfectly good, we lose sight of the heart behind His commandments and act like they don’t apply to us.

To live as a believer in Christ does not mean that you are free from sinning, but it does mean that you no longer live at peace with your sin and therefore you are making war on it every day.

The Wisdom of His Command

Growing up, I would go to visit my grandparents several times a year. I remember that they had a very large wooden stairway that seemed to be built much steeper and much taller than any other stairway that I can recall.

I can remember one occasion where we placed a small gate at the base of those stairs because I had two cousins that were very small toddlers at the time. We, the older cousins, would simply step over the gate to go up the stairs whenever we wanted. This would infuriate the toddlers. In their limited understanding, they were convinced that we were simply being mean by forbidding them to go up those stairs. What they could not understand at that age was that it was for their own protection that we prohibited them from doing what they thought they wanted. The steep and wooden stairs would surely lead to great pain and possibly death.

The point I am making is that God is more wise than we are. We do not understand the depth of His knowledge or the extent of  His goodness. He knows better than we do what is good for us and what is not. We act like His giving us human freedom to set our own rules would be the most loving thing He could do and we ask, “Who is God to limit our happiness?”

But God is not merely testing your obedience by commanding you not to sin, nor is He trying to limit your happiness. He is pleading with you to stop choosing the things that bring you pain and death.

And Samuel said to the people, “Do not be afraid; you have done all this evil.
Yet do not turn aside from following the LORD, but serve the LORD with all your heart.
And do not turn aside after empty things that cannot profit or deliver, for they are empty.
(1 Samuel 12:20-21 ESV)

The heart of God behind even the most difficult commands in Scripture is still love. In the moment, we do not see how it could be loving to set limits and boundaries on things that we want to do, but like toddlers standing at the gate of the stairs, we can’t see the wisdom and love of the One forbidding us from going up.

I promised good news and here it is. Sin is a big deal but we have a great Savior. The truth is, we have all really blown it and this is why Jesus came to die; to reconcile the very ones who nailed him to the tree.

I don’t know who is reading this, but maybe you are someone who has really failed at honoring God as King. Maybe you have really blown it and what looked like pleasure delivered pain.

I want to encourage you, like Samuel to the Israelites, not to turn aside from following the Lord because you have this guilt hanging over your head. The same God who allows us to see the emptiness of our sin is the same God who sent Jesus to be the sacrifice for that sin, the healer of our guilt, and the satisfier of our souls.

We are not atoning for our sin by living holy lives. We are proving to ourselves and to the world that Christ is satisfying and sin is not.

Sin is an empty promise and we fight it with a superior satisfaction.

Every need is satisfied in Jesus. Every need. 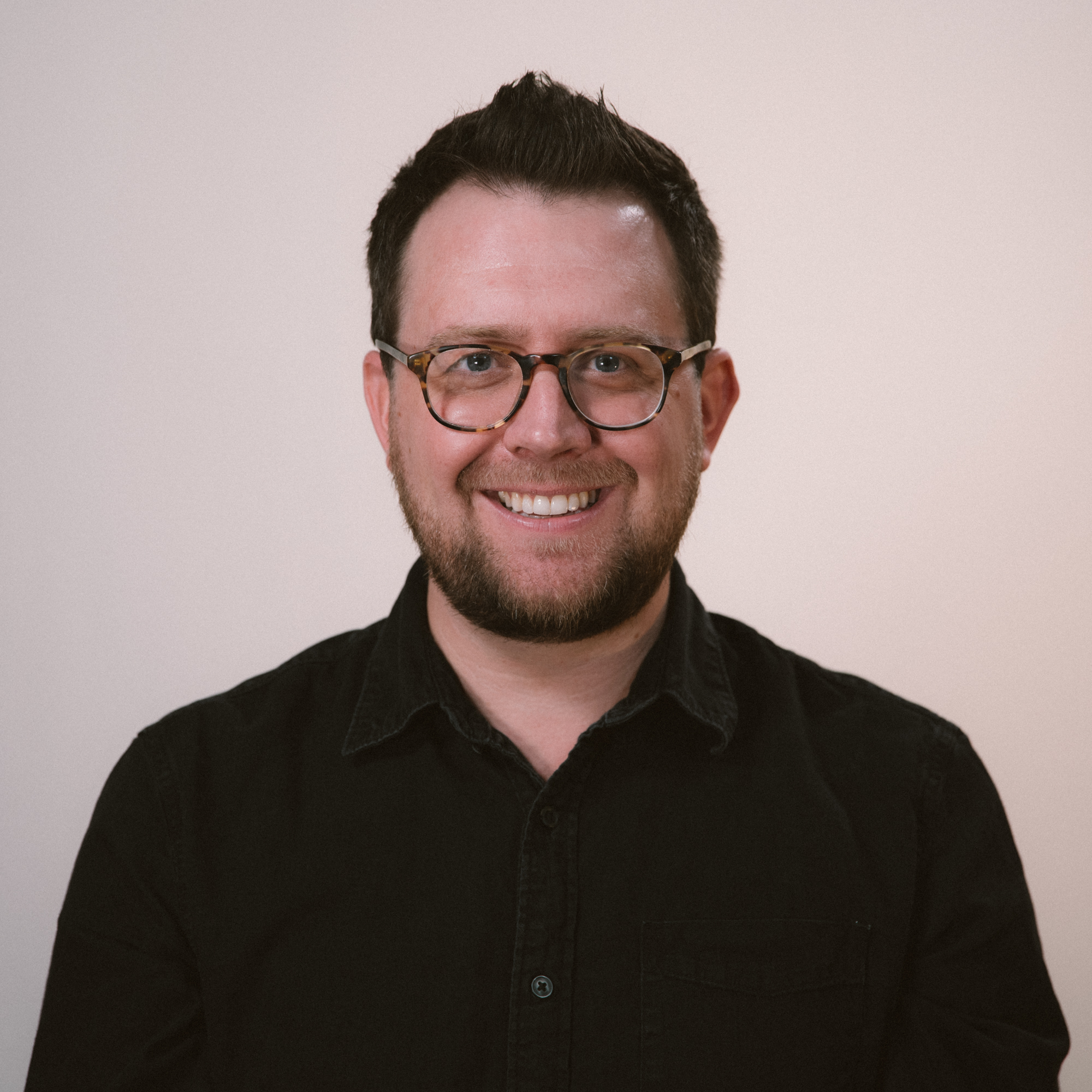