The Reveille Vol. III - A Conversation of Collaboration 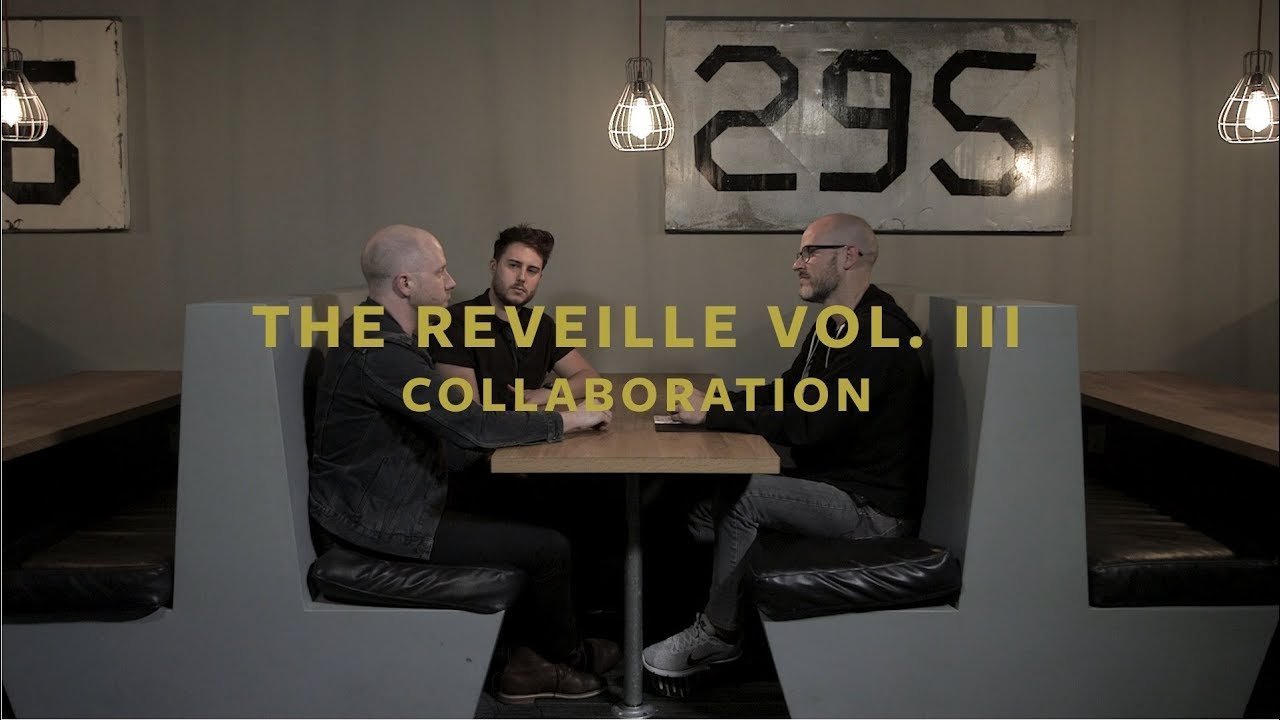 In this interview with The Reveille Vol. III creators Kyle Lent and Matt Graham, interviewer Chris Collins asks what collaboration looks like while creating music together.

Chris: You started with the first two, and kind of unpacking their core, and their value behind it – how has the third matured? Because sonically it’s different. If people have been along for the ride, or if you’re new to the reveille, if you wanna go back and listen through all of them, you’re gonna hear a maturity both in the way it was recorded but also what you did from instrumentation, time signatures, all sorts of things. Can you unpack some of that?

Kyle: Yeah, well I think the biggest thing I learned personally through the process was how much better things get when we collaborate. The first record was really just me and arose from necessity, a lot of them more for films that our story team was producing. So there was a lot of stuff that came out of the necessity of needing a soundtrack for a film- and as we got into it, I realized how much better these would be if I had great musicians that are helping me do this. So for the second one, my friend Dave Wiley came in and I had written the songs, and I wanted them to have a big orchestra sort of stuff. But I have no idea how to do that, and so I would just send him terrible versions of me playing the violin doing this. He would write back and be like – “Hey dude, this is not physically possible for a violinist to play this” – and so it was very obvious that having expert musicians collaborate is gonna take something that may be decent and make it really really good.

So the hope even with Vol. III and beyond is how can we get more people involved and collaborating, and writing together. That’s why I invited Matt for Vol. III because we’ve worked together for a number of years in our worship band anyway. We work really well together and he’s such an expert musician not only as a player but as a writer and has such a great such a melody, that I wanted to piggyback off of his great ideas.

Chris: So with collaboration, everybody has this lofty view – you know ‘insert collaboration’ and you get the best out of it. But behind the scenes, there’s gotta be some tension and some – “man, I don’t like that idea, that’s not making it how it should.”
How did y’all work out the tension? Can you give a personal experience as in – “there’s that one time that this happened or I wanted this instrument and you wanted this.” How did you work through that? Both from your perspective, viewing through the lens of Scripture, you as a Christian, the posture you took with each other, and then how did that play out? What did it look like?

Matt: Well, I think it was a little easy for us to start off collaborating because Kyle came in  and he said: “Hey, this is my vision for this Reveille.”

Then it just set this scene to where I knew what to give him, and that really helped with collaboration, so it helped later on down the road when I had shown him something and it was exactly what he wanting and exactly what he was looking for. Yeah, there were a few songs that kind of had this shell that were like “yeah, maybe we’ll use this for something because it won’t fit this.”

I think as an artist, having to let go of stuff like that is challenging but it grows you as a musician and as a songwriter.

Chris: I love how you put that – the vision. Having that and just watching you guys from a distance – close ‘we work together’ but looking at your relationship and your working dynamic. I haven’t thought about it in those terms. You felt freedom, not anxiety from having a very clear vision. I think we can all learn that if we’re in a place of co-write or some sort of collaboration, especially in artistry because we’re so tied to our identity. Somehow in that with a clear vision, you didn’t lose freedom, you gained it because you had parameters. From your perspective in casting that, what posture did you take to allow that sort of freedom? Because some visionaries come in and come ‘hell or high water’ – it’s gonna be their way or the highway. How did you cast that in a way that got the best out of Matt?

Kyle: Yeah, that’s a great question. I think that I would say that having done this for a number of years now, there’s a certain thing that you learn, you know the same feeling that’s like you sort of know what you think you wanna go for. You wanna start off with an aim, here’s the place to start the car and start driving this way.

But hopefully having the realization that over years of doing this you’ve learned – “I may not know the best way to do this, here’s what I think it should be.” But if you’re going to hold it too tight, then you’re either really going to strain collaboration because you’re like – “No no, I told you to do this you gotta do this,” or you’re gonna end up with something that’s not as good as it could be. Simply because you’re not willing to let it take its own way or find it’s own life so to speak. One of the things we were talking about earlier was collaborating with people with that you trust.

A lot of the process of collaborating in art starts by- “dude, I love you and trust you,” so I know when I say, “hey can you do this?” I know you can do it. So in the same capacity in what Matt said a moment ago that he would sit down at the piano. I’ve heard him do that stuff and I know he can do it really well and better and easy than I can do it. So what if we really tried to do this together and here’s what we’re gonna aim for, but who knows if that’s exactly where we’re gonna end up? and just letting it be okay especially with something like art which is a very fluid thing. If we end up somewhere else, that’s okay too. Maybe that’s where it was supposed to end up.