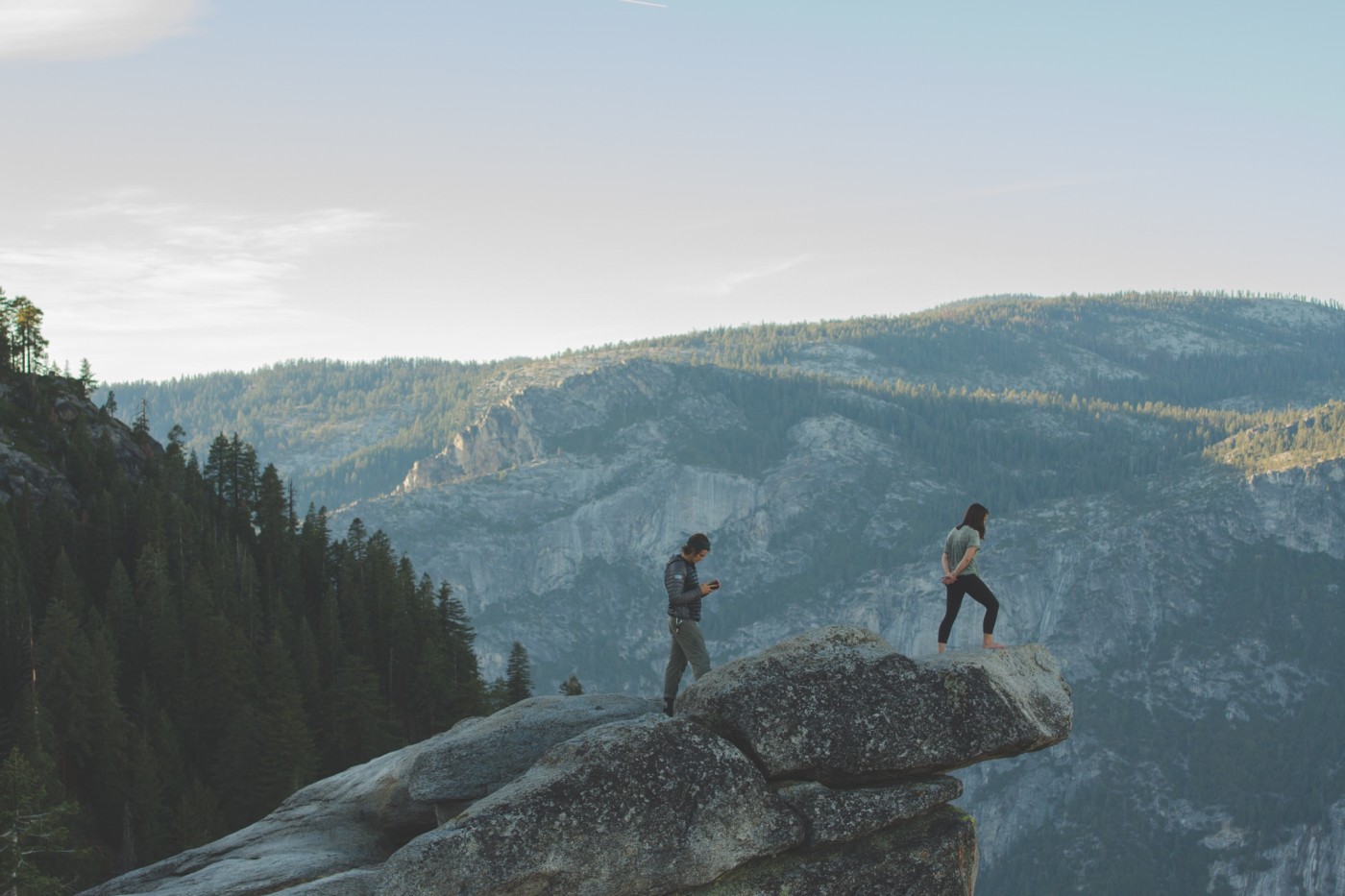 f you are like me, and like the majority of Americans for that matter, you probably watched Super Bowl 50. Although the game was fairly competitive, entertaining, and included a pretty sweet halftime performance (in my opinion), my favorite part of the game was Eli Manning. Yes. You read that correctly. While Peyton Manning won his second Super Bowl ring, I was fascinated by Eli Manning’s now infamous “blank stare,” as caught on camera. With the fourth quarter coming to a close, and with a Panthers failed drive ending, the camera shot up to the Manning family’s box, in which the majority of the family was celebrating. It was intended to be a very sweet moment, until Eli Manning was caught giving this facial expression.

Although I won’t go into detail on Eli’s plausible defense for his blank stare, this incident became so talked about that Jimmy Fallon actually had Peyton Manning on his show a few days after the Super Bowl with surprise guest, Eli Manning (cardboard version).

This face was all too familiar to me. Well, not Eli’s in particular, but the blank stare. Maybe you’ve seen it before in your congregation on Sundays? Ironically, a week before the Super Bowl, while leading a group of middle school and high school students in worship, I was drowning in a sea of Eli Manning stares. There were dozens of pairs of eyes staring blankly into mine, mouths partly drooped open, and cadences of complete disinterest. The set list was made up of songs I had seen these students sing out with fervor and passion. My call to worship was gospel-centered, infused with humor and truth. I reminded the students that the fact we are able to declare praises of Jesus’s victory over sin and death is not only a miracle in itself, but a risen Savior is worth singing about. My band was doing an excellent job on all ends. Still, the students responded with nothing but blank stares. What was my response to this?

Why in the world were these students not worshipping? My band and I had lifted these students up in prayer throughout the week, before our weekly rehearsal, and before we sound-checked for that morning. I felt betrayed. I felt belittled. I felt under-appreciated and abandoned on stage. My frustration carried over into my week. I could not understand how worship went so poorly that week, and even began questioning God as to why He didn’t move on Sunday?

So, kindly and graciously, as our God so often does, He rebuked me through His Word. I began thinking about the prophets of the Old Testament, specifically Jeremiah. Now what in the world could Jeremiah, you, and I have in common? Like many of the Old Testament prophets, God calls us to be faithful heralds of His gospel to the people that He placed us over, despite how they respond.

I think that all too often, whether we are pastors, ministers, or Christians in general, we are quick to grade ourselves after we teach a sermon, lead a small group, or finish a worship set. I am fiercely guilty of this. Instead of thanking God for putting me in a position of leadership at my church, as soon as I step off stage after leading worship, I begin critically analyzing all of the things that I didn’t do well. While a culture of excellence is a valuable thing that limits distractions for our people to worship, and while it is something that we should strive for, we have to remember to operate out of our primary identity: sons and daughters of God.

Instead of trusting that God is moving in the hearts of my students and trusting that His Word doesn’t return void, I tend to dwell on my students not having lifted hands or sung out at the top of their lungs. Instead of believing that God is going to save His people despite my shortcomings, I tend to be hard on myself for failing to be more engaging.

Brothers and sisters, this is not the posture of a son or daughter. Instead of grading ourselves on how we did on stage, we need to first be a people of gratitude and thankfulness that God would allow us to lead His people, despite our brokenness and sinful nature. Instead of trusting in my own abilities to lead students in worship, I need to trust my Dad, and trust that He holds the power of salvation (Romans 1:16, Revelation 7:10) and He creates worship in the heart of man (Psalms 51:15).

Instead of grading ourselves on how we did on stage, we need to first be a people of gratitude and thankfulness that God would allow us to lead His people, despite our brokenness and sinful nature.

All too often, we as ministers of the gospel are guilty of equating how many people we lead to Christ with our favor in the eyes of God. Now hear me, we are absolutely to proclaim the gospel faithfully to all (Mark 16:15, Matthew 28:19) and to pray that God would save everyone (1 Timothy 2:4, Ephesians 3:20). However, God will save who He chooses to save, and the results don’t determine our worth. Jeremiah faithfully preached the Word of God to the people of Israel his entire life, and guess how many people he saw respond positively to his prophecy? Two. He saw two people in his entire life respond positively.

Was Jeremiah a failure? Did his ministry stink because thousands of people didn’t come to know or obey the Lord? By no means! In fact, Paul parallels his ministry with Jeremiah and quotes him, stating, “So ‘the one who boasts must boast in the Lord.’ For it is not the one commending himself who is approved, but the one the Lord commends” (2 Corinthians 10:17). Paul is literally quoting Jeremiah’s exact words he used to boast in the Lord and what He provided, as opposed to boasting in his own talents or abilities. Instead of needing instant gratification by seeing lifted hands in worship or immediate responses to the gospel, let’s be a people who trust that God’s Word is effective (Isaiah 55:11), and that He works according to His timing (2 Peter 3:8).

Instead of needing instant gratification by seeing lifted hands in worship or immediate responses to the gospel, let’s be a people who trust that God’s Word is effective (Isaiah 55:11), and that He works according to His timing (2 Peter 3:8).

You Are a Herald of the King!

In Jeremiah’s day, his role as a prophet was to take the Word of God to the people of God as directed. In the New Testament, after Christ’s resurrection, we see a shift in God’s messengers from the role of prophet to the role of herald. The apostle Peter explained this shift:

But you are a chosen people, a royal priesthood, a holy nation, God’s special possession, that you may declare the praises of him who called you out of darkness into his wonderful light. Once you were not a people, but now you are the people of God; once you had not received mercy, but now you have received mercy. (1 Peter 2:9-10 ESV)

In Roman culture, a herald was someone who proclaimed or spoke on behalf of their king. These heralds would go into the middle of a town with a scroll or a declaration from their king and would proceed to boldly and proudly announce the news to the people. Their social standing was entirely dependent on the significance of their king. Our Jesus is unquestionably a king, with a real kingdom, a real reign, and a real people. And we, as the people of God, have been chosen to be heralds, to proclaim the excellencies of our great king.

How significant is our identity if the King that we are heralding is the risen king, victorious over sin and death?

Additionally, the only quality needed for a herald to be hired was this: faithfulness. The only thing that the king desired was faithful heralds who would proclaim his message, no matter the response of the people. All our King wants is your loyalty. He wants your heart. Don’t stress about the response of the people, He just wants you to do your job of proclaiming what He has done. When we as worship leaders are leading from stage, whose message are we proclaiming–the King’s message or ours? Are we promoting the kingdom of God or a pseudo-kingdom our own? Are we operating out of faithfulness to our God or are we trying to be heralds who build our own platform off of the King’s platform?