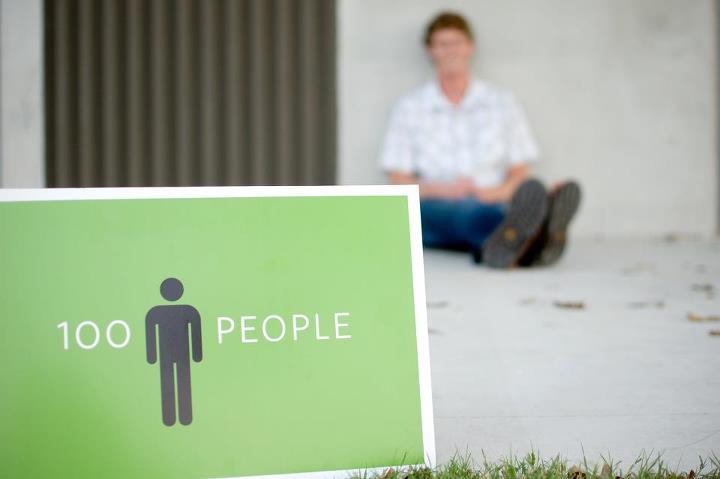 It's almost as if Allan had been on the path to mission work since before he was born.

His grandparents were Christian missionaries in East Africa and his aunts, uncles and cousins have worked overseas in the name of Christ his entire life. He grew up keenly aware of what it meant to sacrifice a comfortable life in the United States in order to serve the unreached on the other side of the world. In a few weeks, he will take another big step in his journey by moving to North Africa.

In high school, Allan got a chance to travel to Rwanda. It began to break his heart, realizing that virtually every person he met there was lost. It was then that the desire to follow in his grandparents' steps began to take shape inside of him. The next year he went to Kenya for three weeks. By the end of the trip, he was hooked and felt the Lord calling him to go to the lost.

When Allan began college at the University of Texas, he had planned to apply to medical school upon graduation. But in the back of his mind, he still dreamed of returning to Africa. Becoming a doctor was not Allan's passion, but it was familiar and safe because so many members of his family had pursued that path.

As graduation neared and Allan prepared to take the admissions test for medical school, he started to seriously seek God's plan for his future. Did God want him to become a doctor? Was he to serve in Africa? Was his desire to work overseas what the Lord wanted for him or was it what he wanted for himself? Allan went through a period of doubt and struggle, fearing that he might make a mistake.

Through time spent in prayer, study of the Word, and counsel from his family and friends, Allan reached a place of rest in the sovereignty of God. He was able trust that the Lord's will would be done, that he had a role to play in it, and that all he had to do was keep his eyes on Jesus and trust him.

Allan realized that he was, indeed, called to serve overseas. And from that point on, he fully embraced it.

He decided against medical school and began a season of praying and waiting for God to bring the right opportunity before him. Around this time, the Austin Stone began the 100 People Network and Allan felt prompted to sign up.

Through the process of officially becoming a Goer, he met and spent time with teams headed overseas and prayerfully sought God's path for him. For a year and a half, Allan worked, served in internationally-focused ministries, and prayed for a specific calling that would take him overseas.

The Lord walked with Allan through that season of waiting and wondering. Finally, he led Allan to a team bound for North Africa with hopes to engage a people group that has had almost no opportunity to hear the gospel. After a short period of prayer and reflection, he was convinced that this was the right time, the right team, and the right people group.

After nearly ten years of learning, dreaming, praying and preparing, Allan and his team are preparing to leave for North Africa in a few short weeks. As he looks forward to serving, building relationships, and growing the church in a dark part of the world, his excitement builds. He finds his inspiration and guidance from Paul's letter to the Philippians:

"But whatever gain I had, I counted as loss for the sake of Christ. Indeed, I count everything as loss because of the surpassing worth of knowing Christ Jesus my Lord. For his sake I have suffered the loss of all things and count them as rubbish, in order that I may gain Christ." (Philippians 3:7-8)

Leaning on Paul's words, Allan looks to his future, down a path with a destination he can't yet see ... and he knows only that Jesus is walking right there alongside him. He's eager to carry the gospel to the unreached for the rest of his journey.