The Importance of The Process 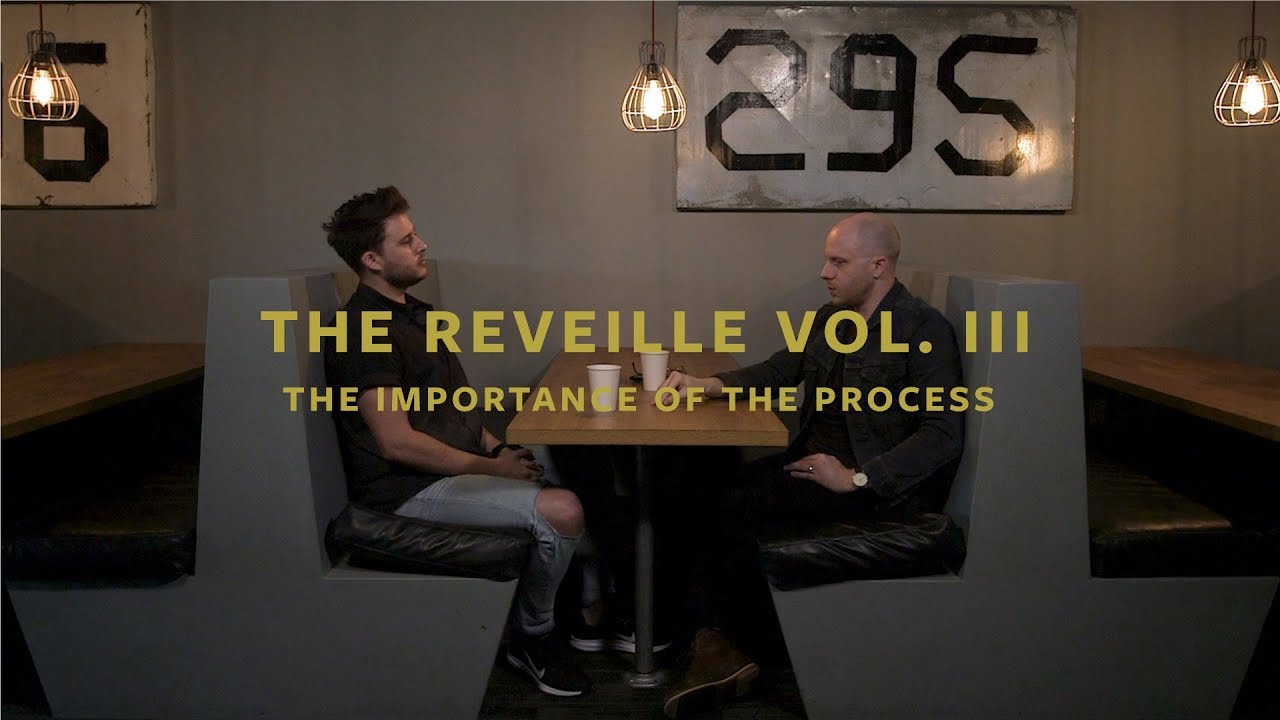 In this conversation about collaboration, Kyle Lent and Matt Graham discuss the process of collaborating, and highlight that collaboration is not to be viewed with only the end in mind.

Kyle: How do you feel as a songwriter having the Genesis of the idea and then seeing where some of them end up, how do you deal with – “it took a different turn than what I started with, but maybe it’s at a better place.” Were there any times where you had to say to yourself – “I don’t like where it ended up as much, but it’s better for the sake of collaboration.”

Matt: I think probably most every song there was something I just kind of had to ‘die to’ as an artist. Which in turn made it better. One thing I really like about you and how you collaborate was that – and this is really important for people to know – if an artist a car on a track, you’re really good at being able to fuel the artist. If there needs to be a speed bump along the way, then you throw a speed bump in there instead of a roadblock where the car crashes into it. But if there need to be speed bumps, then the car is still going but needs to be slower. Instead of lifting the car up while the wheels are still spinning, then putting that down and there are all sorts of mess, there’s burnout, tiring rubbing, debris flying. That was one thing if I could explain that, you would be able to feel my creativity without just totally crushing it, and I think that’s super important when collaborating.

Kyle: Yeah that’s a great metaphor, man. I think a lot of people don’t understand how the way that you approach giving feedback to somebody you’re collaborating with can kind of feel like a brick wall. If they’re not very careful about how they do that. Part of that is because when you’re bringing something you’ve created to somebody, their response can be either life-giving or ‘you just hit a brick wall.’ I think one of the things we’ve learned, not only working together on projects but in our band and other songs, in general, is like how I give you feedback when you bring something to me or vice versa. It says a lot about how we value each other honestly just as friends. Because I think one of the things that is very difficult for a lot of collaborators is to remember and certainly for me to remember is like – man what I care more about than the finished product is our brotherhood – our friendship. What I don’t want to happen is to have a great song, but you and I no longer speak anymore.

Because I think for the believer, a truth would be that the process is as important is as the end result. People will only hear the end result for sure, but I think to record and write with integrity means that the way you go about it is incredibly important. So I think one of the things we’ve learned with each other and usually by failure, that’s sort of the way you learn, but I think one of the things we’ve learned is – in collaborating I don’t want to ever immediately shut you down. I don’t want ot immediately hear something maybe I don’t even like yet necessarily but my response should not be – “Oh dude, I don’t like this. Sorry it’s done.”

Matt: It just cuts off all momentum.

Kyle: Exactly, you’re not going to exactly want to be inspired to go back and write something after that. You’re gonna think you’re worthless and “nothing I do is good.” So I think how you respond to your fellow songwriter or the band or whatever context you’re in is more of gentleness. Even if it’s an idea that’s probably not great or may not ever get used, the key is – “what things about this idea are valuable? what do I see in here that is usable?” – even if it’s in a different context or in a different way. Maybe it’s something like – “Man, I love the way you approached this melody over this chord change.”

It may be something as simple as that, you know? But finding something that you can say – “this is valuable!” because at the end of the day you’re using the gifts God has given you. So how can I confirm and affirm what you’ve written because God has given you this idea? If it’s an idea that is not a great idea, to kind of keep with your metaphor of a car either a speed bump or hitting a brick wall. I think what collaboration does a whole lot is it shows you may be there’s another lane you can jump into, you know?

Maybe you’re going around this track and as a solo songwriter, you might have one track in mind – “here’s what this song needs to be and I’m gonna pursue that no matter what. ” But the beauty in collaborating with somebody is that somebody else can come in from an outside perspective and be like, “man you’ve got something cool here, did you know there’s another lane you can take this in to keep going?”

Kyle: Then just sit there! It’s a tough thing because I think what it means is the person who is giving some feedback – you have to be self-aware enough of how you’re coming across. Your body language even, certainly what you’re saying, your facial expression. There may be a time where you play something for me and I may need to think about it. So I may be quiet but I know that it can be a difficult thing when you just presented this whole song that you’ve spent weeks on. Then the only response is just silence.

So I think it means as collaborators, one of the things we need to constantly be doing is constantly be thinking about is, “how can I affirm what’s happening here, even if I know it needs to go into another lane?”