The Healing of Elishua Grace 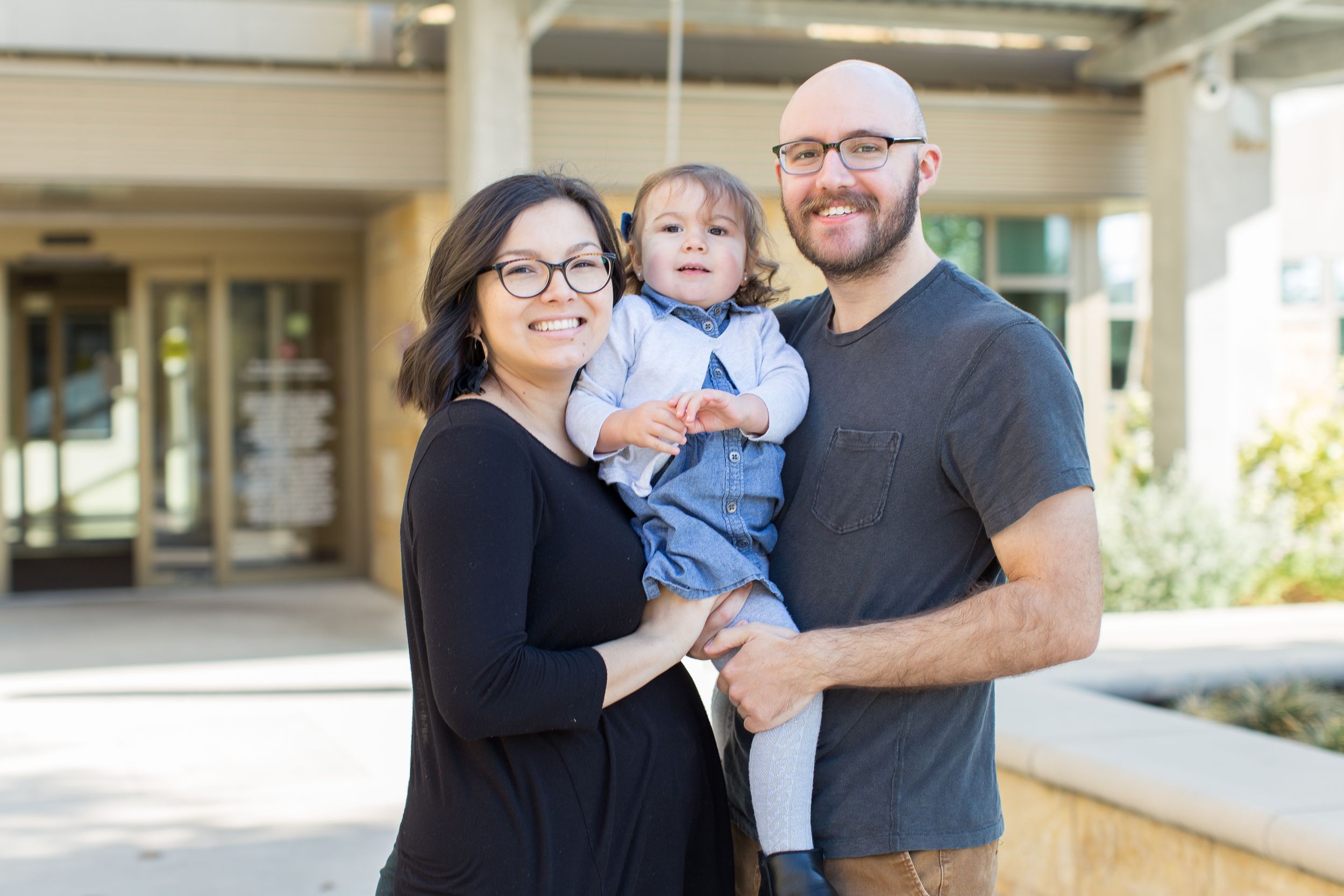 It was a Friday evening in September, and it was good to be walking out of the hospital. It seemed what had transpired that evening was a one-off thing. Just a fever-induced seizure, they said.

Earlier that evening Zoe and Vincent Geracci were at the grocery store with little Elishua—Ellie for short. The one-and-a-half-year-old was usually a bundle of energy, but something was off. Neither Vincent or Zoe thought too much of this, but they hurried home to get her to bed.

Zoe drew a bath, while Vincent helped Ellie get undressed. Vincent shouted, “Zoe! Get over here!” Zoe darted to the other room to see Ellie seizing on the floor, her stomach contents foaming out of her mouth.

In a panic they scooped Ellie up in a towel as one of them ran to their downstairs neighbor, a nurse. Franticly pounding on her door was of no use; she was not home. The couple hurriedly took Ellie, who was no longer seizing but in a weak state of consciousness, to the emergency room.

As they waited several hours to see the doctors, Ellie’s state improved from delirium to a peaceful nap. When she awoke, she seemed normal, so the doctors diagnosed the event as a fever-induced seizure, and they were sent back home. Ellie walked out of the hospital with no lingering symptoms.

On Saturday morning, however, Ellie woke up very loopy. She could not sit up, stand, or walk, and she was vomiting. Vincent and Zoe both thought it, but dared not say aloud the terrifying possibility: the seizure had been mostly on one side of her body—had she had a stroke?

They headed back to the hospital. The medical staff immediately started a CT scan, MRI, and other tests. After reviewing the MRI results, one of the doctors pulled the Geraccis aside. The doctor explained that Ellie had suffered a stroke and there was permanent damage. Ellie also had an infection in the left side of her brain, her cerebellum (which controls coordination), and her spinal cord. Zoe felt the emotions welling up inside her. “What this means is that she will have to learn how to walk again,” the doctor said.

Zoe cut in, “Will she get better? How long until she is back to normal?”

The doctor was eager to reassure her. “Yes, kids are resilient. A child having a stroke is better than an adult, because she can still learn all those things. I’d take heart.” Even though the doctor tried to be encouraging, those words hit Zoe hard, and she was now incapable of holding back the tears.

Amidst the scare and the waiting for results, Vincent and Zoe reached out to their Missional Community group and asked for prayer. Among Facebook friends, their family, their MC, and The Austin Stone Community Church staff, they had hundreds of people praying for them. The doctors rushing in and out and the overwhelming nature of the whole situation left Zoe and Vincent thankful for the prayers of their community, especially when busyness of the hospital made it hard to pray themselves. Not only were people praying, but they also formed a meal calendar so the Geraccis would have three meals every day without having to leave their daughter’s bedside.

Sunday morning arrived, and more medical staff were on the clock. The neurologist reviewed the MRI and made an addendum to the previous conclusion. “Your daughter didn’t have a stroke after all,” she said.

“What?” Zoe felt a weight lifted off her shoulders, but the question still remained.

“What did she have then?” Vincent asked.

“We think it’s a viral infection which has seizures as a side effect. One possibility is herpes, which is something we can start treating her for now. We’ll also get an IV in so we can treat the symptoms.”

Ellie’s small frame made inserting an IV difficult. When her first IV had to be removed, placement of the new IV proved to be very painful. When they took the second IV out, Ellie had another seizure induced by the pain. Multiple nurses tried to find a vein in her arms and her feet, but nothing worked. Ellie screamed and cried as they held her arms down. Vincent’s emotions had been steadfast up until this point, but seeing his little girl screaming in pain brought him to tears. The only thing that seemed to calm Ellie was Vincent’s singing. Finally, the nurses got the go-ahead from the doctors to administer her medication orally, so they could stop trying to insert the IV.

When it happened exactly was hard to say, but Ellie steadily gained back her strength. Wednesday evening she was cleared to head home. By Thursday Ellie was jumping around, full of her usual energy. The identity of the mysterious viral infection was never discovered, but whatever it was, it was completely gone. Instead of having to learn how to walk again, Ellie came back with more liveliness than ever before. Also to the Geraccis’ great surprise, instead of having to learn how to speak again, Ellie had even better communication skills than the week prior.

Looking back at this difficult time, the Geraccis see answered prayers and the way the family of God came around them. They were about to close on a house when Ellie got sick, and all of their money was tied up in that endeavor. And Zoe was three months into her second pregnancy. But after little Ellie was healed, Zoe and Vincent had no looming medical debts. People prayed for them and raised support, and God used these small and large acts of love to take care of all their debts. Now several months later, the family is settled into their new home, Ellie is doing better than ever, and the Geraccis are expecting the newest addition to their family in March.

They continue to lean on and trust God with their mental and physical well-being. Zoe and Vincent have seen health shattered in a moment, but they have also seen the hand of God actively at work in their lives. They have seen the love of God manifest itself through other Christians and the peace and comfort that can only come from Him. As they move into this new year, they are eager grow even closer to the Lord and to the fellow believers around them, striving to trust that even when uncertainty strikes, God will work all things together for His glory.