The Gift of Tragedy 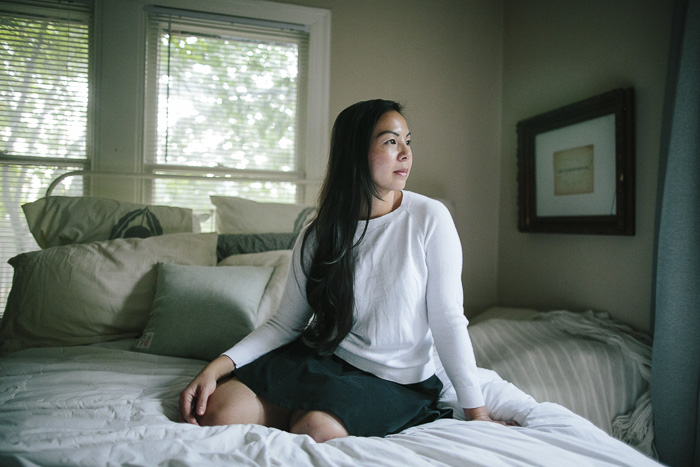 At the young age of eight, Hien was sexually abused by a close family member. The molestation was ongoing and lasted until she was in high school. Keeping it a secret from her friends and family, Hien felt used, reckless, and unworthy of love because of what was happening to her in secret.

Uncontrollable shame and guilt over the abuse caused Hien to withdraw emotionally from the family she loved. Growing up, she was shy to the point of silence. “I didn’t tell my family because I was so ashamed. I loved my family and I felt like if I told them, I would mess everything up. So I decided to keep it a secret,” she remembers. Hien even believed the lie that she somehow caused the abuse and was at fault.

As Hien got older, she engaged in sexual relationships with men and looked to lustful interactions to receive validation and what she then understood to be love.  “My sexual abuse made me see things differently. On the first date, I always slept with someone, just to get it out of the way, and then we would try to get to know each other. It had no affect on me,” Hien confesses.

Hien continued to avoid vulnerable conversations with family about what she was struggling with. When her family gathered around the dinner table, she was completely distant. But when Hien was 21 years old, her 18-year-old brother was suddenly killed in a hit and run accident. This shook her from the silence and solitude that was ruling her.

Hien’s younger brother was the only male figure in her family who hadn’t betrayed her. When she pictured the man who would walk her down the aisle at her wedding, it was always her brother. Devastated by his death, Hien reached out to her older sister for comfort. As the two became closer, Hien finally confessed her history of sexual abuse.

“I ultimately found the courage to share that because my brother died,” Hien tearfully recalls. Realizing brevity of life, Hien desired to share the secret that had enslaved her and hurt her for so long.

Though Hien’s history of sexual abuse was no longer concealed, her broken heart over losing her brother and a string of toxic relationships weighed heavily. In the midst of her loneliness and longing for healing, she decided to explore other religions outside of Buddhism, the religion she was exposed to as a child and young adult.

During her search, Hien was invited by her friend Connie to attend a gospel-centered annual conference called, Women of Faith. At first, she was both hesitant and skeptical to accept the invitation.

“I brushed off Connie’s invites to the Women of Faith conference, yet she continued to invite me each year. Then, I finally decided to go,” she remembers.

For Hien, her first time at the conference and around a church community was confusing and uncomfortable. She felt embarrassed by her lack of understanding about God. Yet, something stirred inside of her. “Connie was so vital in loving me through my spiritual journey. And when she taught me what prayer was, it changed everything,” Hien says.

When Hien started praying to God, it was the first time she felt true peace. Though she was still learning about prayer and growing in her knowledge of God, Hien would cry out to Him with an honest heart, eager for a change in her life.

But her growing faith didn’t automatically make things easier. Hien began asking hard questions: If God is so good, then why did my brother have to die? Why was I sexually abused? In her conversations with Connie, Hien asked these questions, and instead of answering her, Connie prayed over Hien. In the stillness of prayer, God revealed his goodness to Hien’s heart by casting away her anxious thoughts and giving her a peace she couldn’t explain.

Over the next decade, Connie and Hien kept in touch. When Hien turned 31, she fulfilled one of her lifelong dreams by moving to Paris, France. She visited churches that Connie recommended and found Trinity Church of Paris where she met Helen, a woman from New Zealand who was a strong believer in Christ. God increased Hien’s faith through church services and bible studies with Helen. That same year, Hien also learned more about Jesus and the gospel through Imagine, a Women of Faith conference video that explored God's love.

While studying God’s Word, Hien realized that she deserved death for her sins but believed in the forgiveness and mercy found in Jesus. After hearing the gospel for the first time, Hien responded in faith, and she became a follower of Jesus.

Hien now lives in Texas and attends The Austin Stone Community Church. She meets on a weekly basis with a Missional Community group of other believers.

Through the forgiveness and love found only in Jesus Christ, Hien learned what it means to love and respect herself as a daughter of God. For the first time in her life, she felt healing from her painful past of sexual abuse and her brother’s death. She learned that her identity is found in Christ, not in man.

“My faith in Christ has helped keep me grounded. It has even taught me how to see my brother’s death as a gift,” Hien says. She believes that his death led her on the path to follow Jesus. “I would have never wished for my brother to die, but looking back I can see how God used that tragedy for his glory.”

Now, at the age of 33, Hien is no longer silenced by shame. She proclaims the sovereignty of God and how he has orchestrated the tragic events in her life for His glory and for her joy.