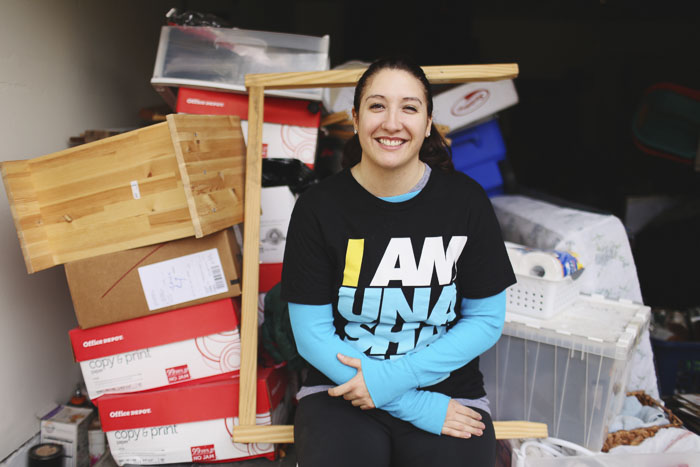 When Geanine Gregory was seven years old, a neighbor sexually abused her. The abuse produced feelings of guilt and shame that were never discussed in her family, thus harvesting years of sexual sin in Geanine’s life.

At the age of nine, Geanine’s parents divorced, and she was forced to leave her father and live with her mother and older sister. She learned to provide for herself because her mom worked long hours to provide for Geanine and her sister. This type of independence wrongly taught her that if she could control the circumstances in her life, then she could control her suffering too.

When the family moved to a small Texas town, Geanine felt forced into organized religion because that was the town culture. “I learned at a very early age to associate yourself with some kind of religion. I never knew what to say or how to feel, I just knew that you should associate yourself with people who went to church,” she confesses. But she never had a relationship with Jesus. She can look back now and see how God slowly began to weave the story of her salvation through her circumstances.

An unhealthy relationship in high school introduced a wave of sexual sin into Geanine’s life. “I quickly learned that you can control men with sex and that ended up being how I earned their love and attention,” Trapped in the darkness of false promises, Geanine started to work at a strip club when she was 18 years old, which only fueled her desire to become more attractive to men. “Once I opened the door to that sort of sexual freedom, it just got worse, especially in college. During that time there was a lot of sadness, and it was very dark,” she recalls.

After Geanine graduated from Texas State University, she moved to Austin. One of her new neighbors, who was a believer, accompanied her on a shopping trip to a Christian bookstore. “To this day I am not sure how I got there. I had owned a student Bible from years before and just thought it was time for a new Bible because I was not a student anymore.” Looking back, she knows it was not coincidental––it was God slowly pursuing her and sweetly weaving another piece of thread into her story.

While at the bookstore, she ran into a man who attended The Austin Stone Community Church, and he invited the two of them to check it out. After some hesitation, Geanine agreed to visit, but only if one of her co-workers would come along. Though she had attended youth camps and knew “religious people,” this was the first time Geanine had ever stepped foot into a church.

In the summer of 2010, after attending church sporadically for a few months, she saw an announcement that Total City Sports Camp––a summer camp organized by the For the City Network––needed coaches. Geanine always had a love for volleyball after playing the sport for most of her life, so she decided to volunteer. Despite being overwhelmed with fear, Geanine felt immediately welcomed into the community of her fellow coaches.

Geanine grew close to the other coaches as the summer passed. She not only was attending church with them, but she also started living in community with them. Geanine also began having a relationship with Jesus. Though she felt hope, she also felt that a wall of shame prevented her from walking in freedom with Christ.

“I feel like, being a woman, there is a stigma about dealing with sexual sin addictions. It is not openly talked about, so it brought on a lot of shame,” Geanine said. She started talking to one of her fellow coaches, and then later began counseling. It was through counseling that Geanine fully felt God’s restoration in each moment of her past sin; the wall began tumbling down.

Through her growing knowledge of God, she could see that he had been slowly pursuing her all along––that he had used her passion for volleyball to weave together a desire to love him and a community to help guide her through the restoration process. Though she felt like her story was over, God had only just begun.

In March of 2014, Geanine learned about NightLight International, a ministry with a mission to bring hope to women who have been harmed by commercial sexual exploitation. After speaking with a representative in Georgia, Geanine was invited to come on staff with the ministry. Geanine spent a month making her decision: she feared the temptation of sexual sin would resurface if she were re-immersed back into the sex trafficking environment.

In January 2015, Geanine moved to Atlanta, GA to work for NightLight. Though she felt disqualified to take on such a role, she found courage in the promise of Gideon’s story when he struggled with the same fear:

‍Geanine hopes to share with sex trafficking victims that God will be with them, too, as they seek a life of restoration and freedom.