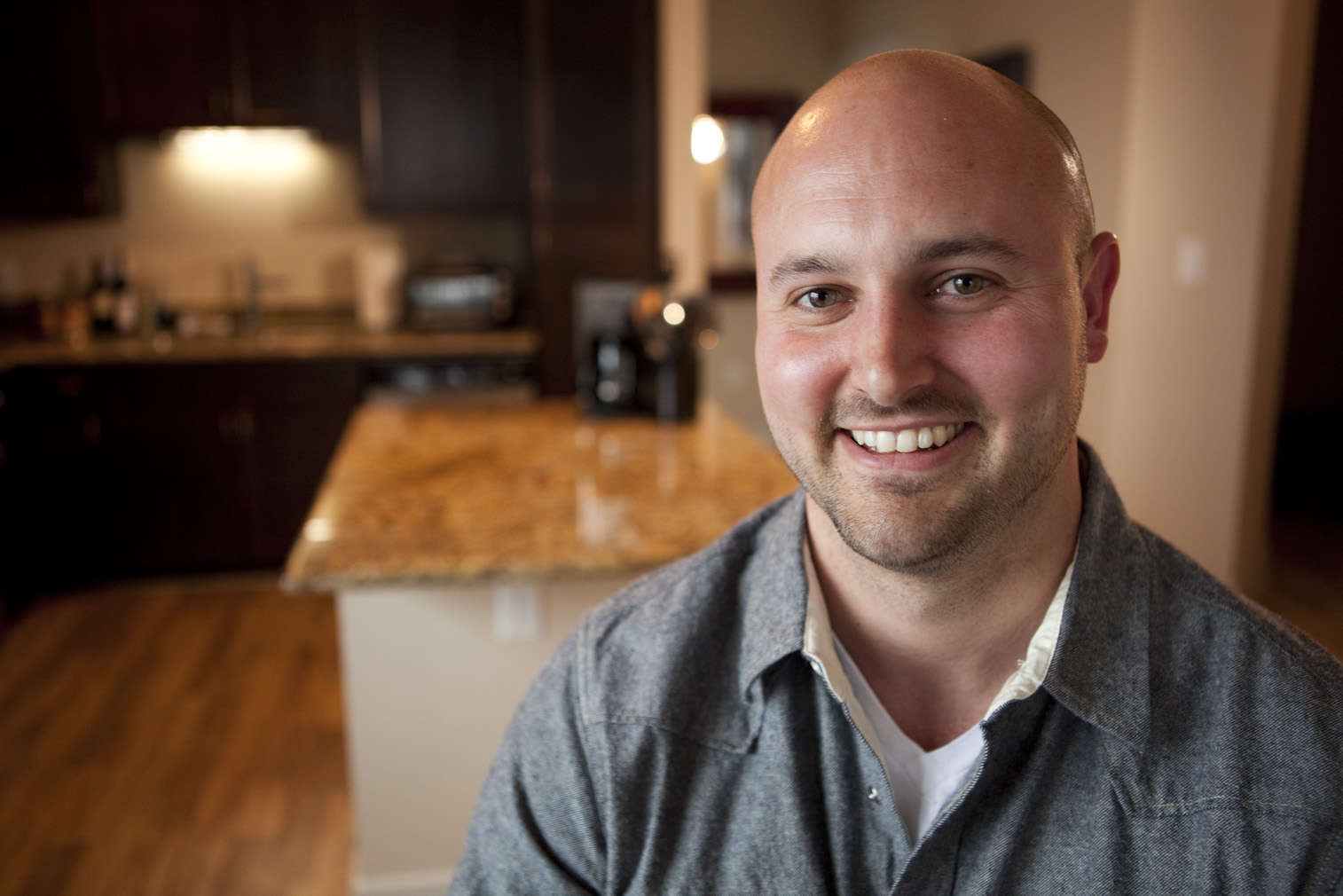 Gutsy. Bold. Probably possessing secret super powers, a blue cape, or at least the ability to leap average doubts in a single bound. That's the kind of guy who answers a radical invitation to help lead the Global Orphan Project in Uganda, right?

Well, ask Sam Roberts about his heroic adventure and he says, "In general, I've lived a life full of fear."

It all started in high school. "I went on a few overseas mission trips and I always thought, Someday God is going to have me do that." But as years passed and his first marriage slowly dissolved into a painful divorce, Sam feared he'd lost any hope of following through with his calling.

He wound up in Austin in early 2005, hoping for a fresh start. He knew of The Austin Stone but hesitated to attend. Fear had struck again, this time in the form of anxiety about running into an old friend. Sam dreaded that the guy would "call him out" on his disobedience. Time passed, and the Stone began to grow in numbers. Sam reasoned that there was no way he'd encounter that person at a church so large.

"No joke, he was the first person I saw when I walked up the stairs of Austin High," he said. After encountering that fear head-on, Sam began to engage in various ministries at the church and his faith began to grow.

As his faith grew, so did the original calling he'd felt back in high school. However, with a new business he'd recently started, Sam was able to ignore it for a while longer. "Life's good here in Austin. It's pretty comfortable and fairly easy," he reasoned.

A trip far away from Texas deeply challenged Sam's sense of security, though.

"I went to Canada to try and drum up some new business, but in my heart I knew that this wasn't what God wanted for my life. The second night I was there I couldn't sleep, and it was so clear there were spiritual forces at work. I awoke the next morning, called my business partner and said I had to come home. I couldn't do it anymore."

At a party later that week, Sam ran into Scott Kice, an old friend from college. Scott worked for the Global Orphan Project and told Sam he was in need of someone to help start the orphanage in Uganda.

Two weeks later Sam got a call. "Scott asked me if I was sitting down," Sam said. "They needed at least a one year commitment." Panic set in. And so did the old, familiar fears. Sam knew this was what God was asking of him, but the pull of safety, comfort and ease was remarkably strong.

Sam had the guts to pray honestly. "God, there is NO WAY I can do this," he confessed. He got on his feet, but rather than walk away in fear, he kept taking steps of surrender on a two-hour prayer walk.

"The walk lasted about two hours, and somehow I went from zero to 90 percent certain that this was it. Somehow I felt a peace that surpassed all understanding. In fact, it literally made no sense."

Sam called Scott and told him he wouldn't do one year in Uganda. He committed to two years instead. "I guess this is what a calling feels like," he said with a smile.

Sam still admits to being fearful as he prepares to leave for Uganda this summer. There's fear for his safety, fear of what others might think, fear of financial instability, and fear of leaving behind friends, work and family. He doesn't actually have a superhero cape to cover these things.

But Sam Roberts does have guts and boldness that come from the biggest super power the world has ever seen. "God has graciously replaced so much of that fear with faith. And that's power."