Stories from The Reveille: Into Exile 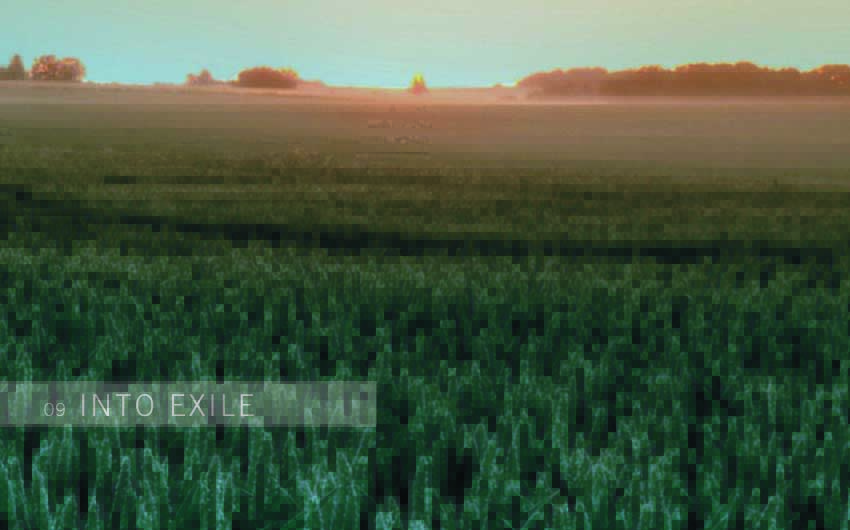 And they burned the house of God and broken down the wall of Jerusalem and burned all its palaces with fire and destroyed all its precious vessels. He into exile in Babylon those who had escaped the sword, and they became servants to him and to his sons.. 2 Chronicles 36:19-20

Judah has gone into exile because of affliction and hard servitude; she dwells among the nations, but finds no resting place; her pursuers have all overtaken her in the midst of her distress. Lamentations 1:3

Imagine you are an Israelite – a member of God’s chosen nation, promised a land and a home of your own, the covenant with Abraham still ringing in your ears (“I will make of you a great nation”). Despite your attempts to “try hard” and constantly failing to keep up your end of the covenant, God has remained faithful. He has sent judges to judge you, He has sent kings to rule over you, none of them living up to the standard you thought they would. Since Solomon, everything has been going downhill and everyone is doing what seems right in their own eyes.

Then, at that moment, out of the east comes the nation of Babylon, who conquers your God-given land, and takes you and your family into captivity, into exile. For years, prophets from God warned of this coming day when you would be taken from this Promised Land, and it finally happened.

This would be a monumental blow to your identity as the chosen nation of God – it seems that what you were promised has been taken away because of your multitude of sins. Without land, without a strong nation, without a home, how can the promises of God ever come to fruition? It seems that this whole thing has failed, and you would no doubt lose all hope. Seventy years pass, and, by the mercy of your captor, you are allowed to return home and rebuild, but it will never be the same. Those who had seen the temple in all its glory wept when it was rebuilt – “Many of the priests and Levites and heads of fathers’ houses, old men who had seen the first house, wept with a loud voice when they saw the foundation of this house being laid…” (Ezra 3:12).

Even resettled in the land, the Israelites felt as exiles, always being oppressed by one nation or another. This continued through the Intertestamental period (between the Old and New Testaments), and that silence from God must have been deafening! Exile in their own land. Defeat and hopelessness.

And into this oppression – this time from the Romans – comes One who is proclaiming that a long-awaited return to the Kingdom is at hand! (see Mark 1:14-15). The difference is that this time, Jesus proclaims a kingdom not of this earth, but one of heaven, the fulfillment of what the prophets, priests, and kings of the Old Testament could only hint at (see Hebrews 1:1-4). Where the Israelites failed to keep a covenant with God, Jesus succeeded. Where the Israelites sinned, Jesus lived perfectly. Where the promise of a home vanished, Jesus promises an eternal home. Jesus’ life rescues every one of us from the exile that we have apart from God. And this new kingdom will not be overrun, for it is a kingdom that cannot be shaken (Hebrews 12:28).

“Into Exile” is personally my favorite song on the record. It is built around the utter destruction the Israelites must have felt at being led away into exile in Babylon. They march in huge rows across the countryside, bound and shackled by their captors, their home slowly disappearing behind them. “Into Exile” is a dirge, but one that glimmers with hope, because this is not the end. Despite our faithlessness, God remains faithful, and will provide us with a new, better home.