Stories from The Reveille: Genesis 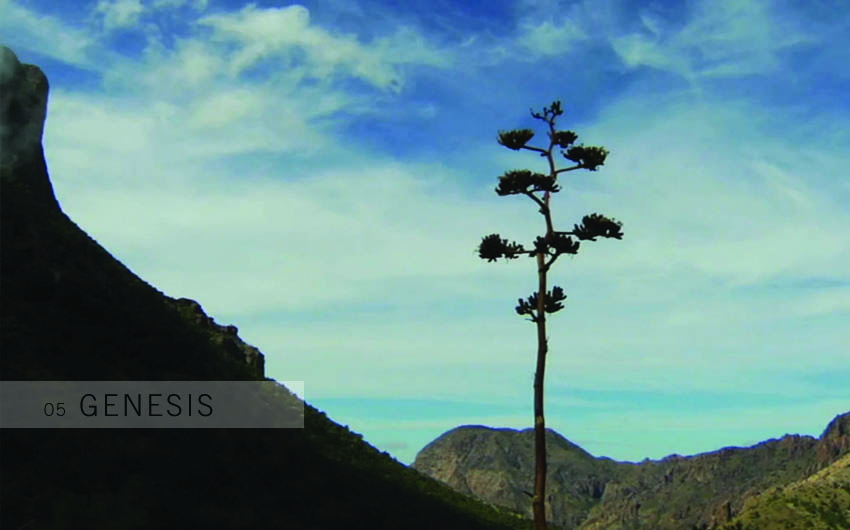 It’s only fitting that the very first song that was written for this project was “Genesis”. The beginning of this project started at the beginning of creation. Our filmmakers at the Stone had shot an amazing film for a preaching series we were going through at the time, “The Gospel According To Genesis”. The short film reflected Genesis 1, from nothing to everything, from quiet to teeming life. I wanted to equally reflect this in the soundtrack.

I began to consider the fact the story of creation is really only important when we consider where that creation would then be HEADING. The creation of the heavens and the earth was only Step 1 in God’s plan in the revelation of Himself. I therefore decided to structure the song around the idea of one cohesive story, but one that indeed only fully unravels over time.

At the beginning of the story there are some hints of what is coming, but only hints. The creation of the physical world around us is enough to know some of God’s character. Romans 1:20 makes clear that “His invisible attributes, namely, his eternal power and divine nature, have been clearly perceived, ever since the creation of the world, in the things that have been made.” And then Paul states something disheartening: “So they [man] are without excuse. For although they knew God, they did not honor him as God or give thanks to him, but they became futile in their thinking, and their foolish hearts were darkened” (v. 21). It is like Genesis 3, the fall of man. Taking God’s good and perfect creation, and the harmony we had with Him, and forever perverting it.

Thus we have the the conflict of the story. How can everything be made right again? How can we live as God intended? John, echoing Genesis 1, tells us of the solution to the conflict: Jesus Christ. Jesus was with God in the beginning, at creation. And Jesus becomes our rescue from the depravity that we became entangled in. Jesus, God Himself, became flesh (John 1:14) and dwelt among us, taking all punishment upon Himself FOR us. While on earth, He showed us that God was in the process of restoring His creation, and eventually all creation will be as God intended it to be – in the new heavens and the new earth.

The song itself reflects the structure of creation and the story of God’s redemption slowly becoming clear, more full in its revelation as time progresses. The beginning lacks form, cohesion. As time progresses, we see the plan that was there all along. One way I tried to employ this idea in the song is by introducing percussive elements slowly, the first of which do not fall on any logical points in the measure. They don’t necessarily provide any rhythm. As it unfolds, more natural beats emerge, and it becomes clear that those seemingly wayward beats were part of the plan after all.

As you listen, think about God’s plan of redemption, and thank Him for Jesus. Thank Him that in our sin, he didn’t leave us – as He had every right to! Thank Him that instead of abandoning us, or annihilating us, He chose instead to RESTORE us by the work of Jesus.