Stories from The Reveille: Atlantic 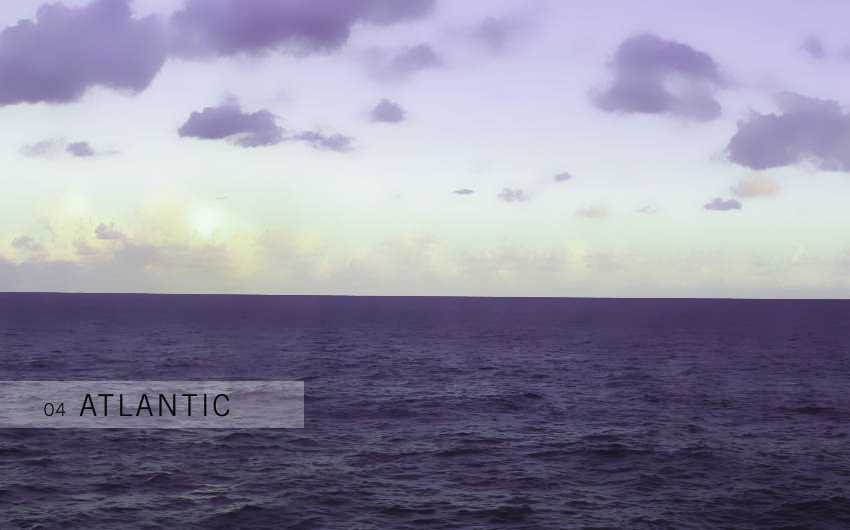 “He [Jesus] is the image of the invisible God, the firstborn of all creation. For by him all things were created, in heaven and on earth, visible and invisible, whether thrones or dominions of rulers or authorities – all things were created through him and for him. And he is before all things, and in him all things hold together. And he is the head of the body, the church. He is the beginning, the firstborn from the dead, that in everything he might be preeminent. For in him all the fullness of God was pleased to dwell, and through him to reconcile to himself all things, whether on earth or in heaven, making peace by the blood of his cross.” Colossians 1:15-20

In setting the track-list for the record, I originally placed “Genesis” before “Atlantic”, thinking that it made logical sense that creation comes before Christ, but suddenly realized my error when I re-read the passage that inspired “Atlantic” – Christ of course comes before creation itself! He was before creation. He is the Uncreated One, through whom and for whom all things were created. Before we have Genesis 1:1, we have Christ, with the Father and the Holy Spirit. The character of Christ is fully and eternally as it is before God the Father even speaks the word of creation.

Paul’s summary of the character of Jesus is so poetical and moving that trying to capture it in a song seems foolish, but I had to at least try! One can dwell on Colossians 1:15-20 for the rest of your life and never cease to be amazed at Christ. What better subject matter for study, for reflection, than Jesus? The author of Hebrews puts it this way: “He is the radiance of the glory of God and the exact imprint of his nature, and he upholds the universe by the word of his power. After making purification for sins, he sat down at the right hand of the Majesty on high.” (Hebrews 1:3).

One thing that this reflection on Christ should lead us to is His ultimate worth. If Christ indeed is these things – if He is preeminent in everything, if He upholds everything simply by His word – then our response should be praise to Him for His worth! Revelation 5 presents an image of Christ as WORTHY of all glory. At the end of the story, there is a moment in heaven when John weeps that there is not one found who is worthy to open the scrolls. But the angel tells to “weep no more; behold, the Lion of the tribe of Judah, the Root of David, has conquered, so that he can open the scroll and its seven seals.” The rest of Revelation 5 is dedicated to the heavenly host worshiping Christ, the only One worthy.

Let Colossians 1:15-20 sink in as you think about Jesus and His worthiness. Reflect on who He is, and the work that He has accomplished for us. John tell us what this work is: “You were slain, and by your blood you ransomed people for God from every tribe and language and people and nation, and you have made them a kingdom and priests to our God, and they shall reign on the earth” (Revelation 5:9-10). This is why He is deemed worthy!

From a songwriting perspective, “Atlantic” was a good exercise in creating multiple melodies that fit together but are still distinct. Thinking about the character of Jesus seemed that way to me from Paul’s description: Christ is so many things, each powerful on its own, but they all fit together to form one cohesive piece. There are multiple melodies played on glockenspiels and piano that can be listened to separately yet together.

I chose glockenspiels and a fairly synth-y pad to represent Christ in “Atlantic”. Paul’s description of Christ feels to me so clear and precise that bells felt natural. The pad sound I chose was an attempt to convey the idea that Christ – while eternally the same – is also always revealing Himself in different ways. In other words, always changing yet never changing.