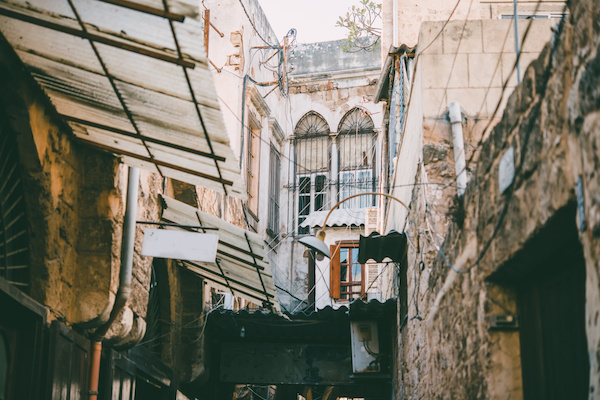 Though Charlotte had a desire to pursue vocational ministry, she never imagined her plans would involve moving overseas. “I was a junior in college and had a friend who was getting ready to move overseas. He was telling me about unreached people groups who had never heard the name of Jesus,” Charlotte remembers. “I was so intrigued. That is when something in me began to stir.”

Charlotte started to hear more stories of people who were leaving the comforts of America to share the gospel overseas. Each time she heard a new story, her heart was moved towards going, but she was not sure how to begin the process. Through time spent in prayer, she felt God leading her to first grow in her knowledge of Him and develop her spiritual maturity. When Charlotte heard about The Austin Stone Community Church and its residency program through a friend, it sounded like everything she was looking for in a developmental opportunity.

As her first year in Austin unfolded, the bigger picture of uprooting her life to move to the other side of the world seemed daunting. But God faithfully provided opportunities that guided Charlotte one step at a time. In 2014, she went on mission trip with The Stone to New York. “God really solidified the desire to pursue going overseas during the trip, because I was surrounded by so many different cultures in New York. No one around me looked like me, and there was so much opportunity to share the gospel. I felt so led to be a part of this.” The trip confirmed Charlotte’s passion to join The 100 People Network—The Austin Stone’s network of international goers.

When Charlotte got back to Texas, she joined a two-year Goer Missional Community group. “The MC gave me the opportunity to walk alongside a group of women who were also considering a move overseas. It was comforting to walk through this journey in such a raw way.” The stakes were at an all-time high. The fear of moving set in, and she began to ask the honest questions: What if moving overseas meant possibly being single forever? What if she was called to a dangerous place? Being able to process the scary questions in a safe community gave Charlotte hope.

Charlotte launched to the Middle East in October of 2017. Her team partners with churches in the area to help share the gospel through trainings and discipleship, but God has also gifted Charlotte with a unique opportunity. “My country can feel like a lonely place to live for a lot of women,” she explains. Through an app on her phone, she has been able to connect with women her age in the area from 11 different unreached people groups. She invites women into her home to spend time together and encourage one another. “Outside of the events, I get together with the women one-on-one to share with them about Jesus,” Charlotte adds. “My hope is that everyone who comes to the group will hear the gospel.”

Charlotte has seen the fruit of her obedience flourish through a close friendship with a culturally Muslim woman from a bordering country. One day Charlotte’s friend had a health scare, which resulted in her being alone in the emergency room. Charlotte was her first call for help. “She told me that out of all of the people she knows in the city, she knew that I would come. A few days later she started a new job and asked me if I would be her emergency contact in the city. It has been so sweet building a friendship of trust with her. In her culture, my coming to the emergency room in her time of need is a huge deal.”

This foundation of trust has given Charlotte the opportunity to speak the name of Jesus to her friend. “When she was younger, she once had a dream about a man in white and for years thought it was a prophet from her religion,” Charlotte shares. “I’ve gotten to share with her why I believe it was Jesus in her dream, and she’s let me pray for her in the name of Jesus whenever I ask.”

Charlotte’s friend is searching for the truth as she learns about the character of Jesus, and even though she is not fully convinced yet, Charlotte has been able to share the gospel with her for the first time. “This really made her think, and I could see the wheels turning as she wrestled with what the truth really is. She is a very strong woman who goes against cultural norms, and I can only imagine the impact she could have in the name of Jesus! I am so hopeful that God is calling her to Himself—this is one of my biggest prayers.”

Through the discipleship work her team does with neighboring churches and the special ways Charlotte fosters personal relationships, she sees the words of 2 Timothy being lived out: “… and what you have heard from me in the presence of many witnesses entrust to faithful men, who will be able to teach others also” (2 Timothy 2:2 ESV).

As she nears her two-year anniversary in the Middle East, Charlotte still experiences hard days of loneliness. But she has never once thought she should just go back home. In those difficult times she hears the Lord calling her to Scripture to recharge and let His grace carry her. She remains hopeful, because as she reflects on the calling over her life that at one point seemed overwhelming, she sees God’s provision leading her in the right direction.

“God knows that what He has called me to do is not easy. It is comforting to know that God knows what He’s asked me to do, and He also knows what it’s like to leave His home.” Charlotte continues to draw comfort from God’s Word and a community of goer friends as she approaches each day with obedience, one step at a time.