Part-Writing For A Worship Song 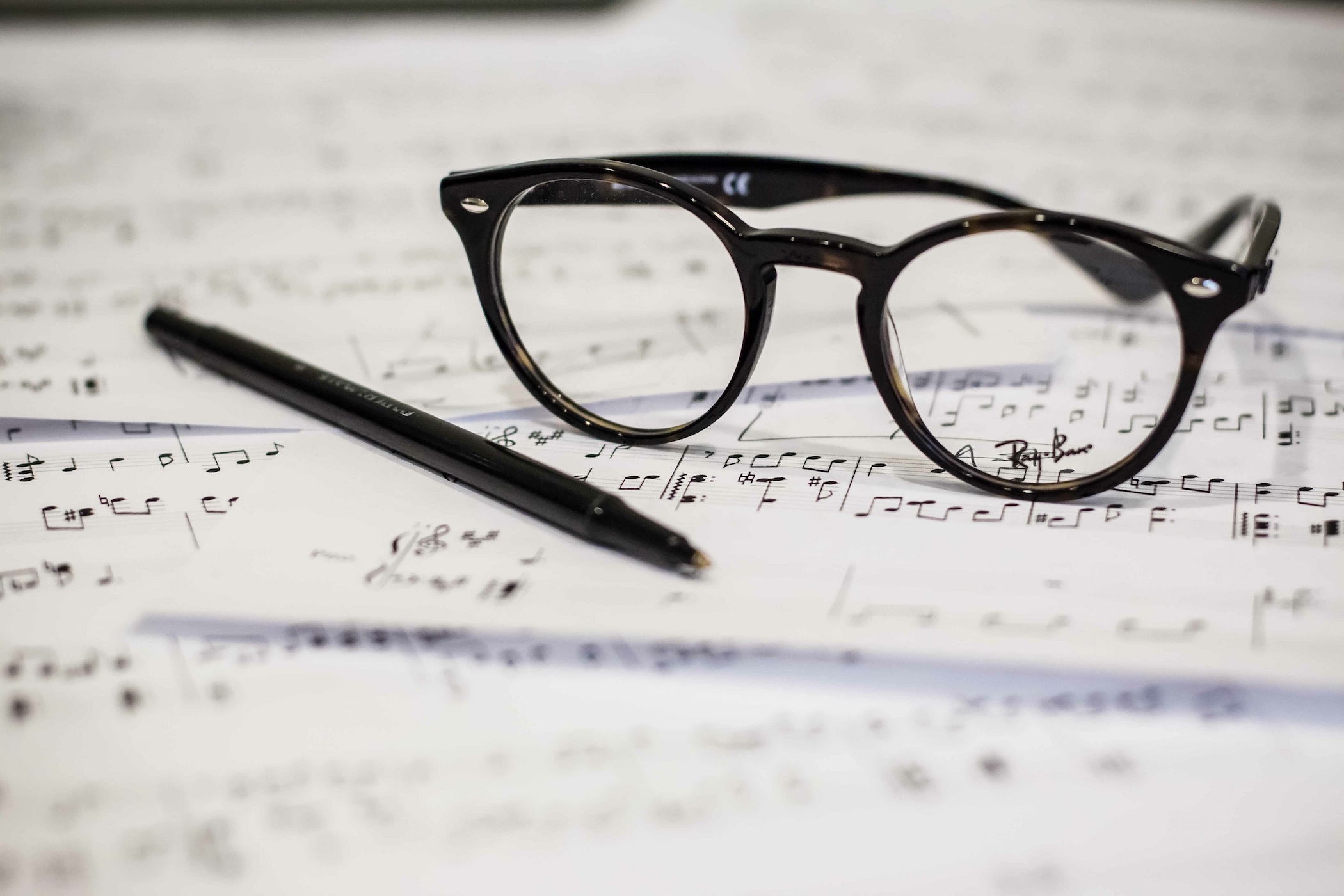 If you’re anything like me, every time you learn a new song, you sit there and stare at your instrument for a moment, dumbly. Then you ask yourself, “How am I supposed to write parts for this song?” Or in simpler terms, “How do I know what to play?” You’re not alone! Every time I approach a new song, I’m sure I’ve exhausted all the ideas I’ll ever have. How to construct parts for your instrument is an important aspect of making a song work, but a difficult one! I thought it would be worthwhile to start a discussion with some ideas on how to go about writing parts for songs. This is not by any means an exhaustive list, but simply a couple of ideas to get our collective, creative minds moving. Just a heads up: this will be an extremely practical post—not a lot of theory, or even theologizing, here.

Obviously, a blog post is not necessarily the best way to communicate complex ideas such as part-writing. There’s a famous quote (attributed to different people, depending upon who you ask) that says, “Writing about music is like dancing about architecture.” So while there’s only so much to be expressed without hands-on experience, consider this a waltz about the Eiffel tower.

I suspect that a big portion of people’s frustration comes right off the bat. Where to begin? Sitting down at a blank piece of paper scares many would-be novelists away. Staring at an empty canvas tempts the painter to put down the brush forever. In the same way, sitting down with your guitar and a chord progression that you have to write a part for is daunting.

So how should you start? Here’s the answer: Just start.

That may sound unhelpful, but I literally mean it. Start by playing whatever comes out. You’re not tied to the first thing you play, and it takes time to hone and craft a part into its final form, so don’t feel any pressure about what you try first. I can’t tell you how many times our band has sat down to start work on a song, and the five of us play five totally different things, trying five completely different directions. But, just as if we were engaged in a five-way tug-of-war, eventually the strongest idea will win, and the other four guys will start a new idea in that direction.

I can’t tell you how many times our band has sat down to start work on a song, and the five of us play five totally different things, trying five completely different directions. But, just as if we were engaged in a five-way tug-of-war, eventually the strongest idea will win, and the other four guys will start a new idea in that direction.

Don’t be afraid to let it be a train wreck for awhile. Work on whatever feels inspiring to you as the other band members do the same, and eventually the drummer will play something you pick up on, or the bassist will hear an idea the keyboardist is noodling with, and it won’t be long before you realize what needs to be salvaged from the train wreck.

Listen To And Dissect Music

My friend and bandmate Aaron Ivey likes to say that “input is required for output.” What he means is that you can’t expect to do anything creative if you have nothing to inspire you.  If you’re not listening to a lot of music, don’t expect to be able to bring any worthwhile ideas to the table. While we all may like the concept of creating in a vacuum, unencumbered by other stimuli, it’s not realistic. There’s nothing new under the sun.

So consume large quantities of music in different genres. The result of doing so is that if Aaron says that he wants something “more Boxer Rebellion, less Snow Patrol,” I know what he means. Or if he says, “How would Daniel Lanois play that?” I have a reference point. It doesn’t mean you can’t make it your own, but it gives you some focus on where to aim initially.

As a part-writer, it also means you should dissect how other players write their parts. I read one time that Rivers Cuomo (singer and principal songwriter for the band Weezer) has a binder in which he dissects pop songs written by others on one side of a piece of paper. Then on the back of that page, he’ll write a new song based on the principles he learned. He won’t use those re-written songs as his own of course, but they’re an exercise in seeing how other songwriters construct their songs. He takes the clock apart to see how it works, then tries to put it back together.

You should feel every freedom to do the same! Are you listening to a song and realize you love the guitar part? Take the time to figure out why you like the part. Is it the way he plays against the drums? Does it compliment the vocal well? Knowing why the part works well on songs you enjoy helps you learn how to construct your own parts.

Know Your Notes And Their Colors

I’ll say this until I’m red in the face: Know your notes. If you’re a guitar player who doesn’t know what every note on the fretboard is (yes, even those ones way up high), you’re trying to paint with a blindfold on. Know where every F# is located. Because if your band leader suggests trying a “darker” version of your part, you need to know how to find another F# on a lower string but higher up the neck.

Rhythm Is Your Friend

The band Phish had an exercise they used at rehearsals when learning a new song: no one was allowed to play on the same beat. That means that if the drummer hits the kick drum on the downbeat (the “1” of the measure), no one else could do the same. It forced the four members to stretch their sense of rhythm, and perhaps take a simple part (note-wise) into new territory by playing it to an unusual rhythm.

In the same way, allow a certain rhythm to shape the part you are writing. You may have selected some really great notes to play, but if you play them all as straight-ahead eighth notes, it may feel boring. Try, for starters, pulling out one of those eighth notes and leaving an empty space there. You’ll be surprised what simple rhythmic changes like that do to your part.

One of my favorite moments on “This Glorious Grace” is the third verse of a song called “Trust.” Our drummer Philip plays a busy, tom-heavy part, accentuating the quarter notes, and after some trial-and-error, I found that a single note line playing only on the in-between eighth notes (in other words, the “ands” between each quarter note) worked really well, and made for a complex sounding rhythm between the two of us.

Another possibility is letting a sound begin to dictate the notes & rhythm. This is something U2’s The Edge does a lot. In his tinkering, he may come across a sound that he really likes (be it pedals or a different guitar or amp), and he lets that be his jumping off point.

Personally, I tend towards this idea as a last case scenario, but sometimes it proves useful if you’re stuck. In those cases, I’ll sometimes just dial up some random sounds, or switch guitars, and see what happens. Sometimes I’ll position the mic on my amp in a different place just to change the tone, which often forces me to play differently. Do something that makes you uncomfortable and occasionally it’ll breed something new and fresh.

Lastly, and perhaps most importantly: Hold your ideas lightly, and let them die if they need to. There may be something better out there for this song. Allow yourself to humbly submit to your band leader who may have a more objective view of the song and realize your part isn’t working. But the part that you’ve worked on so diligently is not wasted—you created something, and it may be able to find a home somewhere else later.

The part that you’ve worked on so diligently is not wasted—you created something, and it may be able to find a home somewhere else later.

When we were writing and arranging “You Never Change,” we went through many different iterations of the song before we landed on the final version you hear on the album. Early on, I came up with a part that I absolutely loved, and I tried to force it into later versions as the song evolved, but at some point, I realized it just didn’t work. I had to start over. But that wasn’t wasted time—those moments of simply creating with my friends were worth throwing it out, and I guarantee I’ll try and make it work somewhere on down the line.

There are a lot of other things to consider when part-writing, but hopefully this will get some ideas flowing. Leave a comment below if you have other ideas to share with us. Have fun!