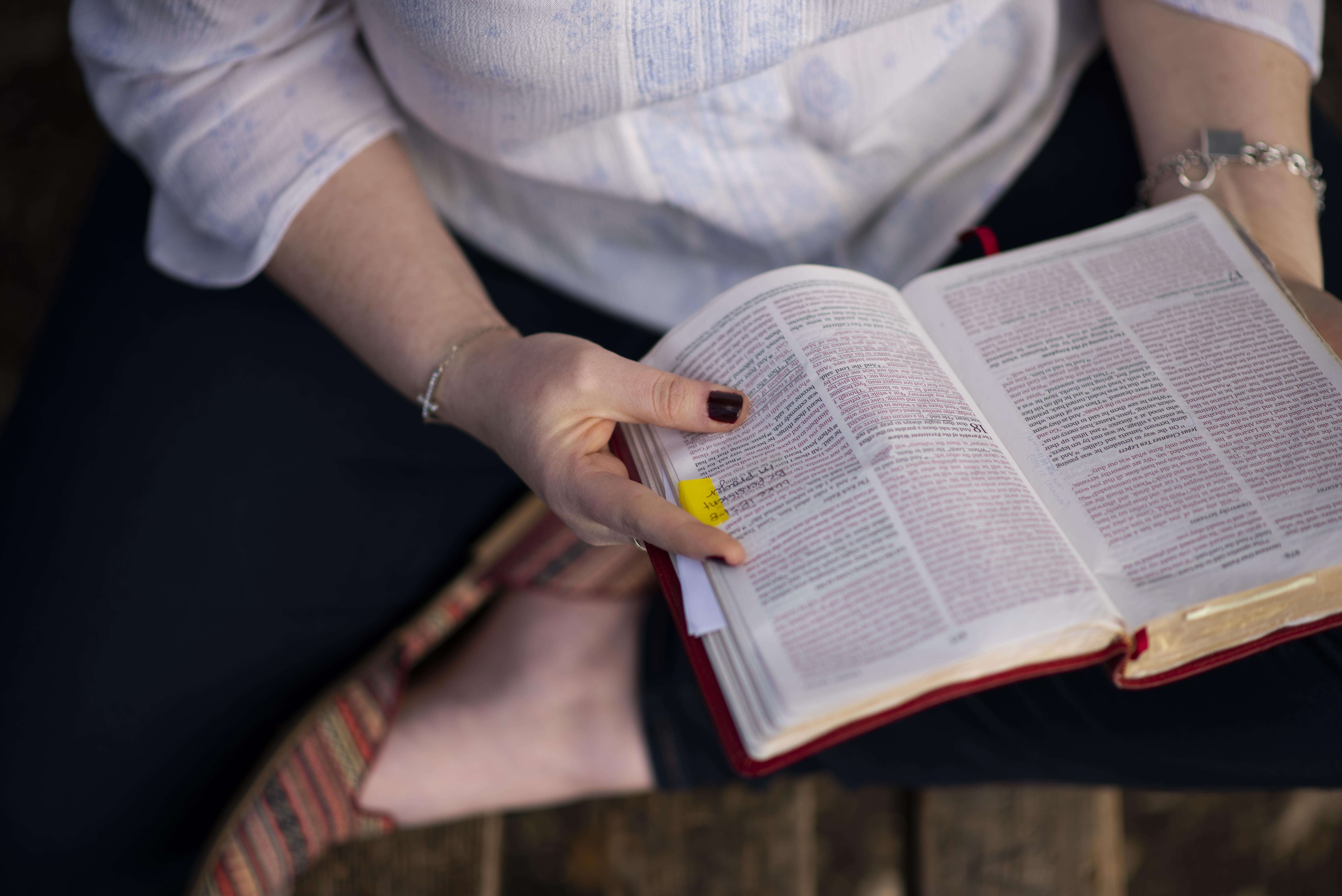 (Please be aware that this story contains references to sexual assault.)

It is a dark, cold, empty space—void of laughter, support, or understanding. To Angelina, it is a familiar space. It is the place she goes with her secrets. But secrets are not planted overnight. No, they grow deep and hate the light.

Her father, a cocaine addict turned pastor, walked out on her mother before she was born. Angelina only met him a handful of times and desperately wanted to know him, but he refused her any meaningful relationship. He wrote letters that skewed her view of God and justified his own decisions with poorly-interpreted Scriptures.

When she was 15, she found belonging at her first job. Her boss, 16 years older, was the first man to pay her attention. It started with a few extra tasks after work, which then became special projects on the weekends. Eventually he invited her to his house where, over time, he groomed her, then took her virginity and raped her repeatedly. But despite all of this, she felt connected to him. She kept this secret for 10 years, denying it was rape, because “Somehow, I wanted it to happen. I liked his attention and felt special, or I wouldn’t have kept doing it,” Angelina remembers.

But she knew better than to believe this, so she started smoking marijuana to escape her feelings—finding a way to that dark room quickly. By her sophomore year in high school, she would escape with alcohol too.

Isolation at college led to increased substance abuse, forcing her to drop out after three years. While she tried to manage her addiction with short spurts of sobriety followed by weekend binges, at 22 she finally experienced substance-induced mania and psychosis, leaving her scared, alone, and embarrassed. Overwhelmed by her secrets and unable to decipher truth, Angelina turned to her faithful secret keeper—marijuana. The substance abuse increased, and to make the nightmares and paranoia go away, she started using every day.

Shackled to secrets, she reunited with a childhood friend who invited Angelina to The Austin Stone Community Church. Angelina then opened up about her dad, which paved the road to counseling. But the coping skills she learned in counseling only worked temporarily. Eventually, something would trigger her, and she would go right back to that dark, detached dungeon, where she felt safe with her secrets. Paul explains this struggle in Romans 7:15: “For I do not understand my own actions. For I do not do what I want, but I do the very thing I hate” (ESV).

At 27, Angelina was finally sober and living in her own apartment. Then late one night, a friend showed up drunk. He sexually assaulted her and there was a physical battle, but eventually she succumbed. She recalls, “Kicking him out was too rude, like I still had to be polite, and I couldn’t see that what he was doing was far worse.” Once he left, she immediately called her friend but decided not to call the police. One month later, she realized he had planned the night. She then knew it was rape, so she filed a police report.

Angelina knew she made a mistake not pressing charges earlier, and was no longer satisfied chained to her normal vices. She relapsed, this time with self-harm, but desperately wanted out of her dark dungeon—and she wanted out for good. This time, she sought therapies proven to treat post-traumatic stress disorder. After more than nine months of treatment, Angelina was seven-months sober and had a good job. For the first time in her life, she was really happy, independent, and sober. But on the one-year anniversary of her second rape, she relapsed again. Then she tried cocaine.

She had vowed to never go that far, but her secret room was darker and colder than ever. After four months locked in what felt like solitary confinement, she started attending weekly Recovery meetings at The Stone—a 12-step program to gospel recovery. She thought, These people listen, they understand, they accept me, and they accept that I’m not okay. And I’m not ready to be okay right now.

Now 29, Angelina was 10-months sober from drugs and 11-months sober from alcohol when she relapsed again, after several simultaneous events triggered past emotions. She recalls, “God was completely looking out for me, but my routine was to drink and smoke weed at night to go to sleep, and then smoke weed in the morning to go to work.”

In October 2019, Angelina showed up to an Alcoholics Anonymous meeting high. That night, something clicked. She knew she had to make changes, and she needed her friends to help. She immediately removed all the drugs and alcohol from her apartment. She told her friends where she buys drugs and shared her phone’s GPS location with them. They committed to periodically check on her. The elders of The Austin Stone and staff from The Austin Stone Counseling Center also continued to pray for her and check on her. This accountability was precious. It was the most vulnerable she had ever been, and she felt seen. It gave her the courage to find the window in that dark room, open it, and let the light pour in.

At work, when she was not worried about unwanted advances, she stressed about slipping into her addictions while entertaining members and felt compelled to approach her boss. Angelina apologized for her past work ethic and told her boss about her relapse. To her surprise, her boss was not only impressed by her honesty and vulnerability but also supportive—which included adjusting Angelina’s schedule for therapy and working with her to keep her travel and work events alcohol-free. Angelina went on to share her recovery with her family, who relocated the liquor bottles from their usual place on the counter to a spot neatly tucked away.

That dark dungeon is now a radiant refuge, warm and full of community. At the time of her interview, Angelina reports that she is now “1-year, 3-months, 6-days, 10-hours, 23-minutes, and 27-seconds sober.” Her shining smile is evidence that “There is therefore now no condemnation for those who are in Christ Jesus” (Romans 8:1 ESV). Now she is more than a conqueror through the God who loves her, and Angelina stands firm in her conviction that nothing can separate her from His love, as a redeemed child of her heavenly Papa.