Reflections on Being Neighborly 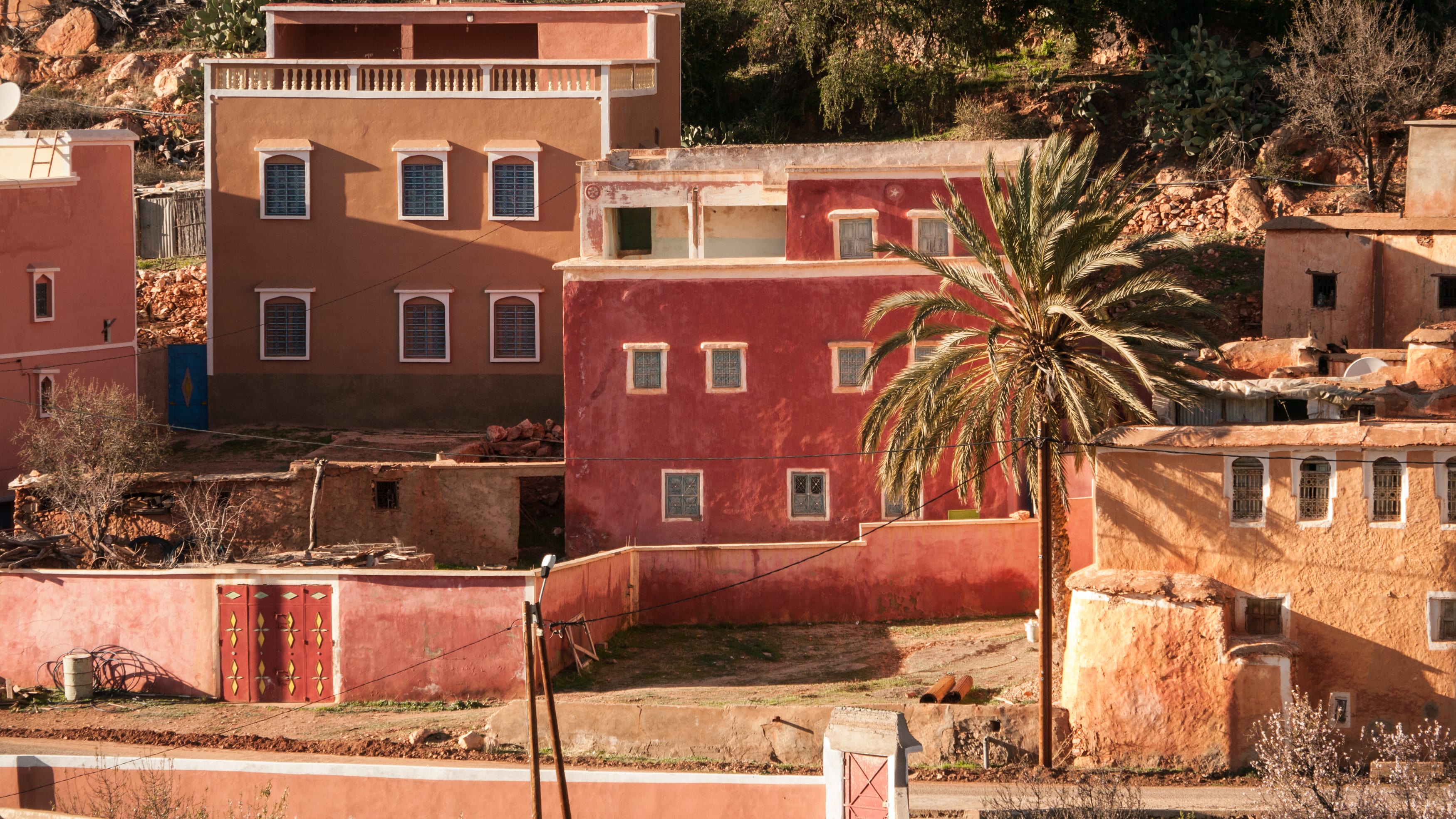 Throughout our 13 years of marriage, we’ve lived in eight apartments across four countries on three different continents. With every move, the Lord taught us and prepared us for a life of hospitality using the most unsuspecting of teachers along the way.

Some of our first lessons in hospitality came early in our marriage from our neighbors who lived a few apartments away. They were living lives of sexual promiscuity and chased after what this broken world offers. Though they did not know Jesus, the were incredibly sweet people. They had the whole community thing down. It wasn’t biblical, but they built a strong sense of belonging wherever they went. Most times, this looked like rallying groups for parties that carried on into the wee hours of the night. Everyone loved them, and they loved everyone. In many ways, we were taking notes from them on how to be neighborly. We had been faithfully sharing the gospel with them, and one day everything changed. It was Valentine’s Day when our neighbor walked into our home, sat on the couch, and repented of the sin in his life. With tears in his eyes, he committed to following Christ, and his girlfriend followed shortly thereafter. Weeks later, he was baptized in the backyard of a family from our Missional Community. A few months later, they decided to get married and asked that we share the gospel at their wedding. At the time, we thought we had this neighbor thing down. Then we packed up our lives to go to the nations.

Unbeknownst to us, this was just the first lesson of many on being neighborly that we would gain from teachers we would have never imagined or chosen for ourselves. As we moved to North Africa, our doorman and his family became our first neighbors overseas. He was not the doorman you might picture from movies with a clean cut uniform and a big smile as he greeted the building’s tenants. Instead, he wore rags and lived with his wife and five young children under the stairwell. They smelled terribly, they looked sickly, and they sounded nothing like us. Having just arrived in this bustling Arab city, we couldn’t even say hello in their native tongue. Crossing the street, crossing cultures, loving and engaging the stranger, the sojourner, and the homeless is supposed to be commonplace for God’s people. But is that still true when coming close to them exposes your newborn to lice, parasites, and looming sickness apparent in the children of your impoverished neighbors? Despite our hesitation, this sweet man and his family graciously helped us maneuver even the simplest of tasks. He showed us how to change our water filter and where to buy the best street food. He called a friend to come replace our hot water heater late in the night and invited us to come sit with his family under the stairwell for tea and shared meals. They couldn’t even afford diapers for their newborn, yet they were willing to invite us in and care for us with the little they had. There was nothing glamorous about loving them. I think Jesus knew this, and maybe that’s why He commanded us to not just love, but to love them as ourselves.

Six months later, we moved to a different neighborhood in the same city and found ourselves living next to a grumpy, well-to-do, middle-aged widower. We were constantly having to apologize for being too loud or leaving footprints too close to his door. At times, it felt like we were never doing things the right way. We offended him more times than not, and had to swallow our pride often. He was a tough neighbor but God’s command rang in our ears. We were to love this man as we loved ourselves. It was then we began to realize how difficult the task of making disciples among the unreached was going to be. How were we ever going to do that if we couldn’t even love our own neighbor?

Once again, we found ourselves moving, however this time it was to another country. A country known to have radical groups that were hostile to Westerners. Soon after arriving, we faced turmoil, death, and violence in the city. Crowds started to gather in front of the hotel where we were staying. We didn’t know much about what was going on, but knew we had to get out of the line of fire quickly. We made a phone call to a friend, and they told us to get to the lobby where a man would pick us up. When we got there, we saw a Muslim man who gave us a simple head nod. Without uttering a word, we followed him to his car and fled the hotel.

He drove us to his home nestled behind a compound gate. When we arrived, he presented us with a feast made explicitly for us and invited us to sit with his family around the prepared table in the garden. With his large family (18 in total living on the compound) encircling us, they welcomed us with tears in their eyes and love in their hearts. We knew instantly that we were not going to be leaving their compound anytime soon. That night, we slept in the family’s living room while he, his wife, and their five children slept just down the hall. We lived with this sweet family for nearly a year and a half and received lesson after lesson in being neighborly that we will never forget.‍

This family showed us selfless hospitality. They were not interested in serving their agendas, but considered our needs and desires to be greater than their own. One year in December, they knew having a Christmas tree was a treasured American tradition. So, they took us to find just the right one. In a forest some miles away, we cut it down, shoved it in the car, and brought it back home. We propped it up with cinder blocks in the living room and decorated it with with ribbons and homemade ornaments.  We placed our kids’ toys around the base to hide the cinder blocks, and then all 18 members of the Muslim family flooded in to see our Christmas tree. They had never seen anything like it, and everyone loved it. Since it was special to us, it became special to them. This sweet family anticipated our needs even before we knew them. It was humbling to be served in this way and we felt so honored by it. They demonstrated selfless hospitality every day we were with them.

‍This family showed deep humility in caring for us. Understanding that we were the vulnerable new neighbors, they welcomed us into their lives—the messiness and the beauty. Their friends became our friends. Their community, our community. We were the only foreigners most of them knew, and we were constantly embarrassing our hosts with our cultural faux pas and poorly executed Arabic. Still, this didn’t seem to bother them at all. They knew that caring for us as their neighbors put them in awkward and possibly life-endangering positions in the community, but to them, serving us was worth it and they made sure we knew it.

‍This family demonstrated great courage in caring for us as their neighbors. They literally risked their lives and reputations by taking us in. There were those in the community known to not like foreigners, especially Westerners, and they let the family know it. Undeterred by the naysayers, they kept loving us and stood up for us. It seems silly now to think about the potential lice and parasites that our daughter could have contracted in comparison to the courage it took this family to care for us. Despite these risks, the family adopted us as theirs and showed courage day in and day out just to love us—the outsiders and foreigners.

We owe a debt of gratitude to this family who lived out neighborly love like we had never seen before. Though Muslim, they embodied the command to love others as yourself in every interaction they had with us. They saw a neighbor in their city who needed help, and leapt at the opportunity to serve even when it meant taking on personal risk.

Those short years eternally changed the way we think about being neighborly. That family showed us what we believe Jesus would have done in our situation and gives us a glimpse into what he meant when he looked at the Pharisees and said to love your neighbor as yourself.

As we begin our ninth year of living overseas, we reflect on the invaluable lessons provided by a mosaic of precious people we’ve lived among. It has not been quick or easy, but we weren’t ever promised it would be. While we have a lot to learn, we get to experience the joy of striving to love our neighbors as ourselves as a testimony of His love for us and in obedience to our King. And until Jesus returns, we will never forget that we were loved with selfless hospitality, deep humility and at a great risk from men and women from different backgrounds, cultures, and countries.

A Goer from The Austin Stone