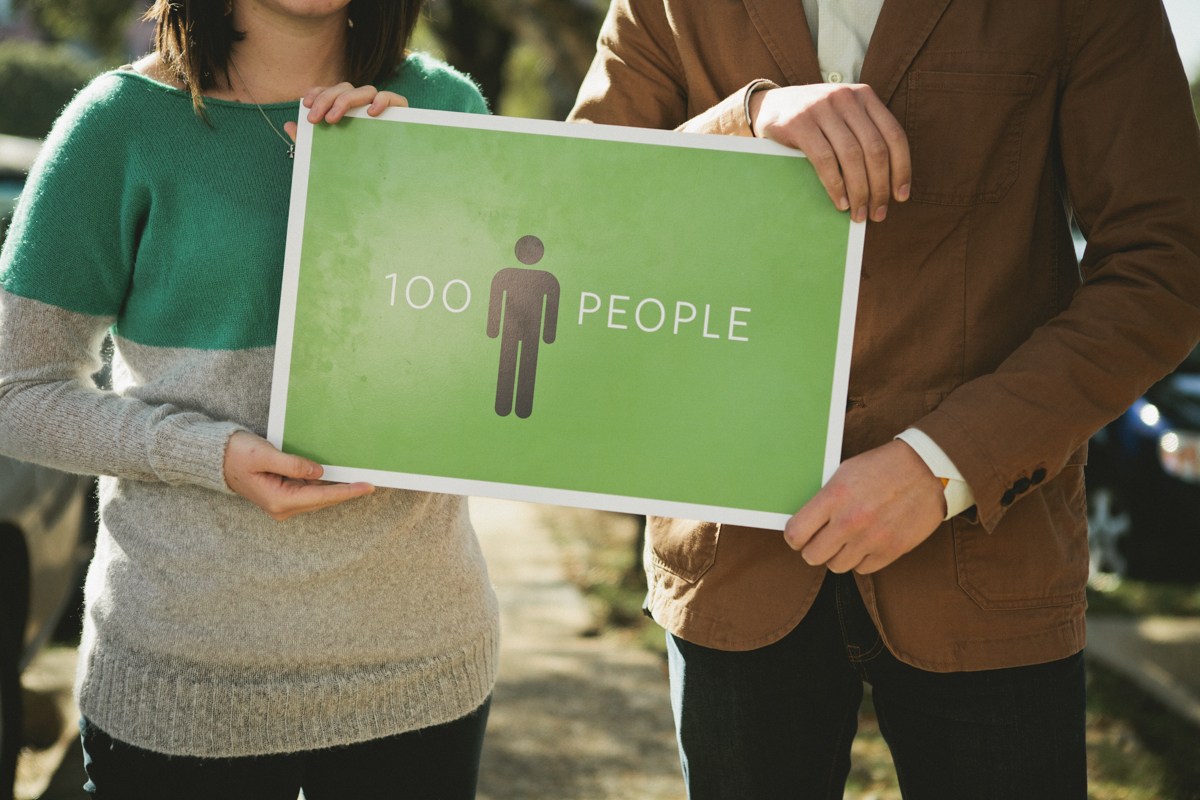 Eight feet of tape divides the floor of Michael and Keeley Simpson’s living room. As the Simpsons prepare to leave the country, they must fit all their belongings into an 8-by-20-foot space.

Michael and Keeley met while attending the University of Southern California before they got married and moved to Texas. They both grew up going to church but say they were simply going through the motions of religious life. They left the church when they left home. Keeley says, “I started going to a church [again] when my daughter was young, not necessarily because I needed God, but because that’s what you do, you raise your kids in the church.”

When Michael and Keeley decided to have a second child, they chose to adopt. “The main reason we wanted to adopt was because it was easy,” Michael admits. “Sort of like an insta-child. . . . It was an easy way to get a child at the age [we wanted].”

Thinking they had found the perfect way to have a child, Michael and Keeley browsed the Internet for adoption resources. They decided to adopt from Africa because the country had only recently established an adoption program and had a relatively short waiting time of nine months. The couple also looked to blogs of other families in Austin who were adopting. Their search led them to meet several local adopting couples, many of whom attended Austin Bible Church, which is now the West Campus of The Austin Stone Community Church. Michael says, “We wanted to have that community and friendship of people who were adopting, but wanted them to leave their Jesus stuff over [there].”

The families invited Michael and Keeley to church. The Simpsons were invited that same Sunday to a birthday party held by another of the adopting families. There they connected with a missional community where they were discipled by believers. These connections, in addition to the sermons they heard each week, struck their hearts and opened them to receive the gospel. “How we describe it,” Michael says, “is we were wearing headphones with the volume turned up to two, but when we started going to Austin Bible, it just turned all the way up.”

In November 2010, after a 20-month process, Michael, Keeley, and their daughter journeyed to Africa to meet the newest member of their family, a 15-month-old boy. “This adoption is really part of our testimony,” the Simpsons say. “We were completely fine without him, and we started this adoption for completely selfish reasons, but it’s very clear to us that the Lord’s purpose through this adoption was to bring us back to him. . . . Many believers pursue adoption through God, but God pursued us through adoption.”

The Lord’s pursuit of the Simpson family has now extended through them to the nations. Upon returning from a second trip to Africa in 2011, Michael and Keeley felt God calling them to move there. After the birth of their third child, they sold their home. With their focus on Christ and his mission, the Simpson family moved to Africa as Goers with the 100 People Network in June 2013. Michael is working in a hospital training medical workers, and Keeley is working with New Life Christian Ministries. The couple will also develop Perspectives to connect and equip local believers to spread the good news.

“We went to Verge a year ago,” Keeley says, “and at every break they would say, ‘I want you to think about what it is the Lord is asking you and what are you doing about it?’ I just remembered saying, ‘Oh, my gosh, he’s asking us a lot, and what are we doing about it?’ . . . We’re saying yes.”