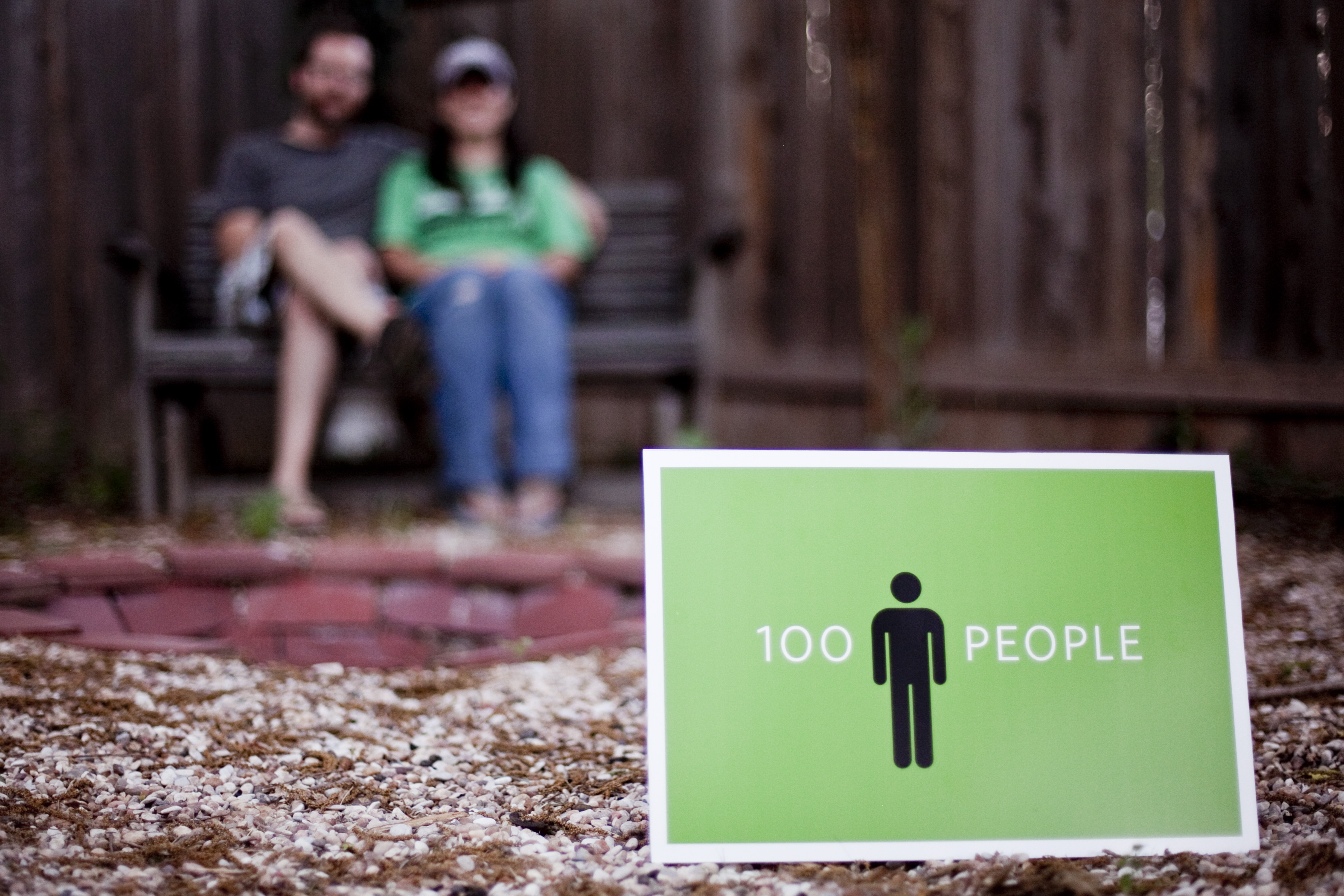 "Since I was young, I've had a desire for adventure and missions," explained Leslie. Fostered by her travels to Mexico and Ghana, this deeply-rooted desire has led her to partner with the 100 People Network in taking the gospel of Jesus Christ to an unreached area of Asia.


It was in college that she first met her husband, Jared. Together they took a Perspectives class during their sophomore year and realized that they shared a passion for people who have never had access to the gospel. Through the course of their dating and engagement, they developed relationships with many international students, most of whom were from Muslim backgrounds. "God used many of these friendships to give us a heart for the 1.5 billion Muslims around the world who do not know God as Father," said Jared.

As these multi-cultural friendships deepened and their community began to grow, Jared and Leslie were led to start a house church. It was through this process that they realized the importance of going overseas and engaging in ministry with people you know, love and trust. "Problems will inevitably occur. If the people you are serving with have the same ideology and purpose as you, it helps to buffer unnecessary attacks," Leslie said.

After a few years of settling into marriage and Leslie nearing graduation from nursing school, they began to seek the heart of God for the next step in their lives. It didn't take long for them to start looking into missions organizations and training programs. When the Austin Stone introduced the 100 People Network in September 2009, Leslie and Jared were two of the first people to sign up.

This past summer, they began the first steps of establishing their new ministry by moving with their team to Pennsylvania for training in preparation for a move overseas. The training program is grueling and intense. "The whole program is heavy on mentorship, Islam and church planting in order to prepare us for our first five years on the field," claimed Leslie. "It also provides an opportunity for the entire team to grow together and go together, which is something we're thankful for."

Jared and Leslie feel as though the Lord is leading their team to go where no work has been done before; to go where there are no (or very few) known believers and to be a catalyst for a growth movement. Their current plans are to utilize Leslie's practical experience and training as a midwife in order to provide their new community with much-needed healthcare and assistance. Jared explained that, ultimately, their prayer is "to see God break through the tough soil with life and transform an entire people group for his glory."

The decision to pick up and move hasn't been easy, though. Jared's brother recently got engaged and, because they were in Pennsylvania for training, Jared and Leslie missed the celebration. They recognized this move as a bit of preparation for the larger move to Asia next year. Despite the emotional struggle of the separation of close friends and family, the call to go and take the gospel to the nations is still stronger. They are confident that, in the end, their current struggles be small and will pale in comparison to the joy they experience while witnessing the power of Christ changing lives.