Pick Up Your Cross 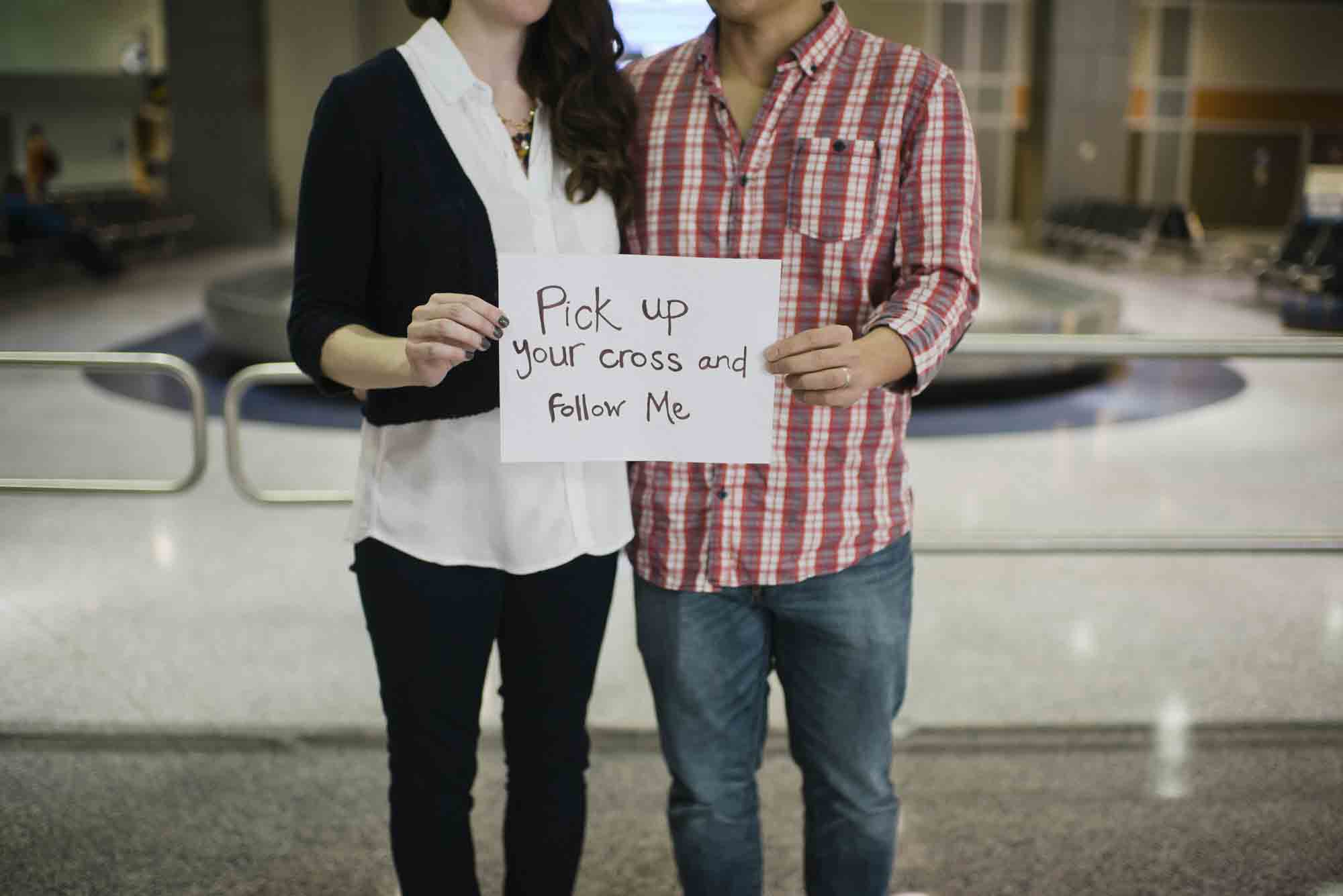 When Dorian came home from East Asia in 2012, he already had an itch to go abroad again. His plan was simple: go back to the nations within a year.

When Dorian asked God what his next step should be, God prompted Dorian to make a list of everything he wanted. Dorian’s list included requests like marry Mindy — who had also spent two years in East Asia — develop their next overseas team from people they already knew, and have a mentor with experience in long-term missions. The first request on his list was answered in November 2012 when the couple got married. And then they waited for God to answer the other requests as they longed to get back overseas.

‍“In East Asia, God was more alive, more real to me than ever before,” Mindy recalls. “That intimacy is what made me want to return to the nations, no matter how difficult it was.”

Living in East Asia where they barely spoke the language had birthed in them humility and desperation for God that drove them to his feet daily.

But back in the States, Dorian and Mindy found themselves in a culture of self-responsibility, with an increased capacity to accomplish and a decreased genuine need for God to move. Mindy fought anxiety while Dorian drowned in a lack of purpose. Their drive to return overseas was mixed with motives of escape and a desire to grow with the Lord as they had before.

Still set on launching again within the first year, Dorian clung to the idea that through the Men’s Development Program (MDP) at The Austin Stone Community Church, he would find a mentor and an overseas team. Going into the program he hoped the men in his group would become that team, but God made it clear that was not his plan.

“I was learning a lot about trusting God and his sovereignty. When I tried to force something with my own will and effort, most of the time it just disintegrated,” Dorian confesses. “God is God, and he’ll do what he will do. If he’s not behind it, I can’t do anything.”

After completing the Men’s Development Program and Women’s Development Program, Dorian and Mindy joined a Phase 2 Goer Missional Community group (GMC) in September 2013. This community of like-minded people who also wanted to go overseas was an answer to their prayers and the first step toward going back to the nations.

As part of the Phase 2 GMC, all members moved into the same neighborhood together and lived a similar lifestyle as they would abroad. Each week, the group spent time studying the Bible, building friendships with their international neighbors, and praying together. As their focus shifted outward, Dorian and Mindy saw God move in ways they had experienced overseas, and it gave them a renewed hope.

“Our hearts were self-centered. I didn’t think it was possible to be a missionary here,” Mindy remembers. “God confronted those lies. We began hanging out with international friends, and I began to care more about their souls than how I thought missions should look.”

God also shifted how the couple thought about long-term missions and instilled a desire in them to see a movement accomplished during their next overseas mission. They didn’t have an answer on where God would lead them, but he was already preparing their hearts to stay there indefinitely.

As various opportunities came and went, Dorian and Mindy fought to believe God wanted them to go back overseas. Keeping an open mind, Dorian and Mindy went with another couple in their GMC to hear about an opportunity in Central Asia. While talking with the leader, they felt like Central Asia might be the answer to their prayers.

As Dorian asked God for confirmation, God reminded him of the list he made when he first returned to the U.S. This opportunity fit every prayer he’d written down two years prior: he would have a mentor in the experienced team leader, and the team consisted of close friends from Dorian and Mindy’s GMC. It was exactly what they prayed for.

“To see the fulfillment of what we’d been desiring was amazing. The waiting and trusting were worth it,” Mindy says. “We could’ve done it ourselves and gone somewhere earlier, but we would’ve missed out on experiencing God’s faithfulness.”

As they prepare to launch next January, the sacrifice becomes more real. While they’ve both done the logistical work of going to the nations before — selling their possessions, raising support and moving halfway across the world — the emotions are different this time. With their first child on the way this summer and an undetermined long-term commitment staring back at them, God has asked them for a deeper level of surrender than ever before.

“Pick up your cross and follow me,” God spoke to Dorian through Matthew 16:24.

“He’s preparing us for the reality we’re about to face. He’s calling us to sacrifice,” Dorian explains. “The end of that verse says, ‘He who loses his life for my sake will find it.’ There’s hope and life there. But at the end of the day, you still have to pick up the cross.”