Peace in the Midst of Chaos 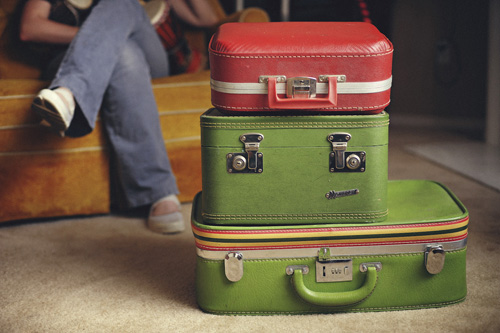 "Wish You Were Here!"

God must have a sense of humor, a sense of adventure, and a love for all people – even those in areas where picture postcards have never seen the light of day. For a recently-launched team of Goers from the 100 People Network, the message from God came loud and clear, with a postmark reading "North Africa." It wasn't what they expected to hear as young, single, career-minded individuals.

The path leading to the team's departure was different for each of the team members. For some, college and nursing school paved the way. For others, it was mission trips to Africa years ago where God birthed in them a heart for Muslim people. For another teammate, God began to develop her passion for the nations during a mission trip to the Dominican Republic when she was a teenager.

"That was when God first opened my eyes to how he works. I'm not bringing God to them. He's already at work there."

During the mission trip, the team was doing door-to-door evangelism when her friend knocked on a door and thrust her forward saying, "Tell this woman about Jesus." The 15-year-old gave a scrambled presentation of the gospel and the woman responded by saying, "I had a dream last night that an American was going to come today and tell me about Jesus." The woman put her faith in Christ that very day.

"God does this," the 100 People Goer explained. "He calls people to himself. I am just the messenger."

The teammates' journeys intersected when they joined a community training program in which followers of Jesus grow in their knowledge of the gospel while learning to bring the Kingdom near to unreached peoples.

"[The program] has worked to prepare us emotionally and spiritually for what we could encounter on the field. And probably most of all, it has taught us how to pray."

It was with this community that they prayed for God to lead them to an already-existent team overseas that they could join. The following morning, a friend approached them and asked, "Do you want to join my team?" The Lord was faithful to answer their prayer.

"From that day forward, everything seemed to fall into place," they detailed. "People at our sending organization pushed our applications through and expedited our training and departure."

"I'm relying on God in ways I haven't had to in the past," one team member shared, describing the whirlwind nature of the weeks before their launch.

Keeping a close eye on the conditions in the country where they were headed, one of the teammates prayed, Lord, where we're going is a mess. What is going on? Please show me Scripture to help me know this is right. She was led to the book of Nehemiah and, as she sat down to read, she began to see how the team's story was the same as Nehemiah's. As he asked for crazy and unprecedented things, doors were flung open.

Everything fell into place.

"It's clear that everything that has happened is [God's doing]; we could never have dreamed this up! It's abundantly clear that God is all over our calling."

"We are so under-qualified for this. It's a testimony of how God uses the weak to do mighty things that are obviously his work. We can't do any of the things he has called us to do without his power."

The team asks that we join them in praying. "We're going into a place where the enemy has had his grasp for a long time. We're heading into a spiritual battle and we need prayer. Pray that the enemy is broken and that we aren't distracted from focusing on Jesus. ... Pray that we meet people of peace, people God has spoken to in dreams or has begun cultivating in their hearts a readiness for the gospel."