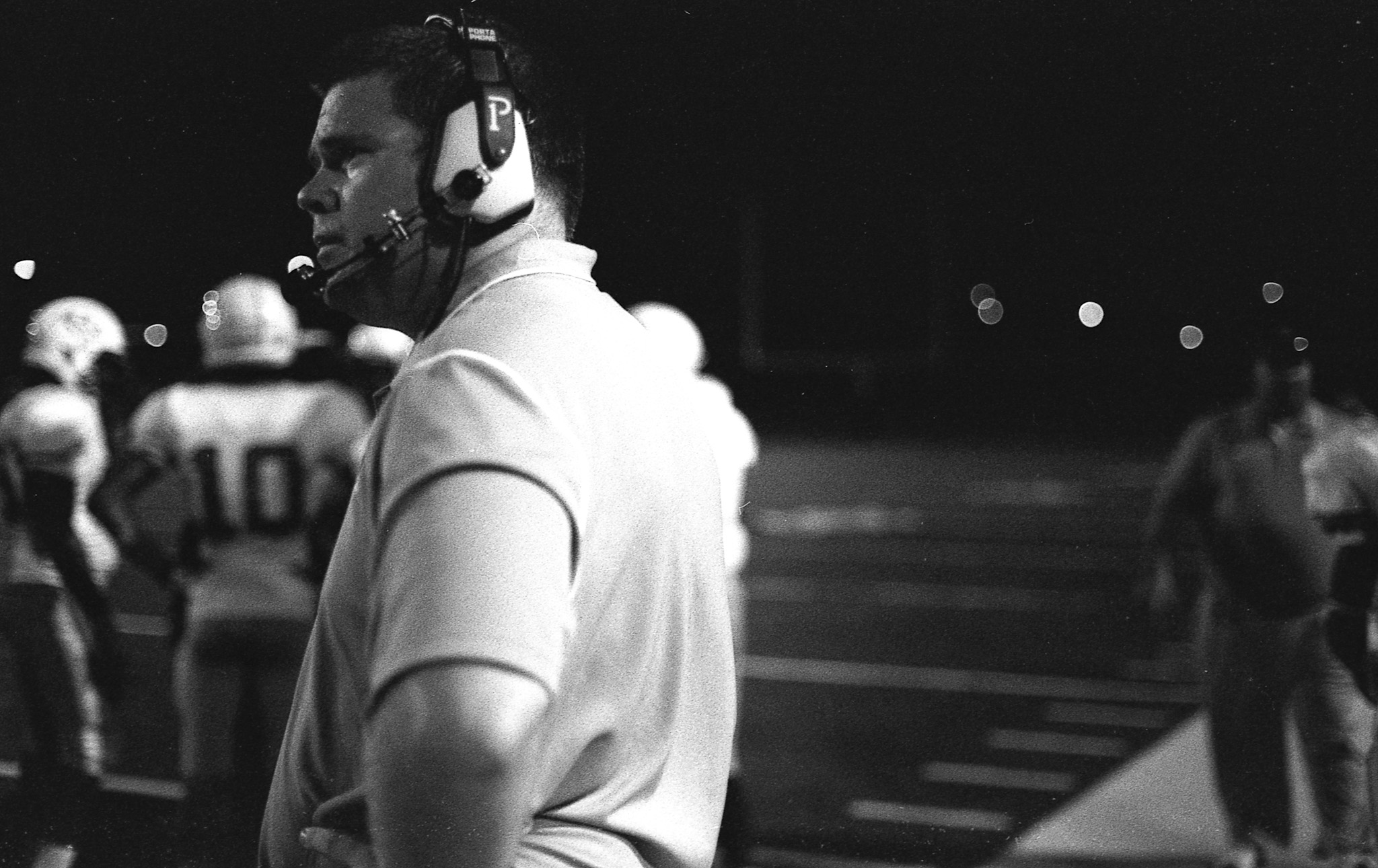 Reagan High School has overcome a myriad of obstacles over the past few years. After being on the brink of closure, amidst low academic performance and a plummeting reputation, the community rallied behind Reagan and restored the school to a place of honor. Now their victory has finally come to the football field with their first win in over a year and a bright hope for the future. This victory, however, is only the beginning, and as Coach Keith Carey will tell you, is only sustainable with Christ.

Carey, who is now the head football coach at Reagan, can testify to the rewards of having faith in God’s sovereignty. As recently as January, Coach Carey was the defensive coordinator at the up and coming football program at McCallum High School, which has had winning seasons the past four years.

Not only had Coach Carey developed deep and meaningful relationships with many of the students and the staff at McCallum, he was also in line for a likely promotion. Carey was an obvious choice for, as he puts it, “one of the best jobs in Central Texas.”

Despite this exceedingly promising situation, Coach Carey felt that God was leading him to step out in faith, by applying to the head coaching position at Reagan. Part of God’s prodding came from Carey’s wife, who had already taken a teaching job at Reagan High School.

“She always jokes. She said, ‘You know when that job comes open at Reagan you have to apply, right?’?

At first, it remained just a joke.

“But she started to talk about… how good the kids are [at Reagan] and how what people say about these kids is untrue, and I was intrigued, but we went along with our season at McCallum,” said Carey. “And then the job came open.”

Once that happened, it quickly became clear to Coach Carey that God had a different game plan––God was leading him to join his wife at Reagan.

Community was also an essential part of this life-altering decision for Carey and his family. As he began to realize that God was taking him to Reagan, Coach Carey talked to his friend, Patrick, who had been a part of his missional community group and was also a fellow coach.

Carey recounted, “We had lunch together and had a long talk, and I said ‘I’m going to need you. I know the one person I’m going to need over here is one of my brothers in Christ. This is definitely going to be based way more on what God intends to happen than great coaching or anything.’” Patrick agreed, and together they began leading a Bible study for coaches at the high school. As Coach Carey stepped out in his faith, God has been faithful to provide.

“We could sit here for hours and talk about stories about how God is just flooding us with help, right now.”

The Lord has already done some spectacular things at Reagan, but His work isn’t done and neither is the part that Coach Carey, Patrick and their wives have to play.

“The big struggle is really personal for me and for these adults here. The adults have to really be strong, because these kids need so much,” said Carey. “I so desperately want for every kid at this school to be touched by what’s happening here. The only way that’s going to happen is if we sustain what’s going on.”

But Coach Carey also knows that this work God’s calling him to is going to require a great deal of perseverance.

“We can’t get tired and we can’t think that, Well, we’ve done it at Reagan, because that work isn’t done ever,” said Carey. “So we make this place about Christ, always.”

for the city
missional community
sacrifice