Not What I Wanted 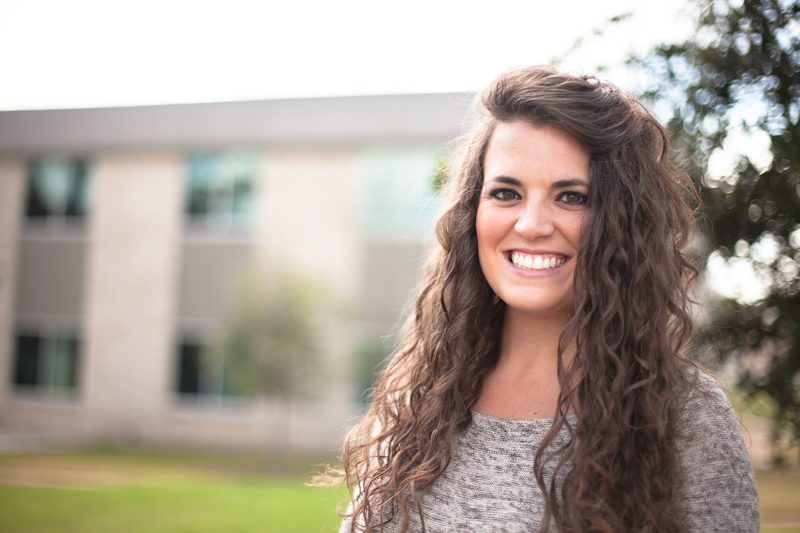 No one suspected Amanda's struggle. People saw a girl who had everything: good grades, an upcoming internship with Major League Baseball (MLB), and an active social life. Not even her parents knew until, one day, Amanda broke.

Amanda had recently ended an unhealthy relationship and spiraled into a cycle of disordered eating. Now she feared moving to New York for her internship. She was depressed and without hope. She was, as she says, "completely done." Work didn't satisfy her deepest longings. Neither did school, organizations, relationships or food. She tried to change with the help of books and self-talk, but she didn't have the strength to change on her own. She recalled Matthew 11:28, a verse she had read long ago: "Come to Me, all who are weary and heavy-laden, and I will give you rest." She thought, I want to be at rest. That just sounds so good. I need help, God. Please!‍

Finding that rest required her to admit her need for help. Amanda, who had been attending The Austin Stone Community Church, contacted a church staff member who put her in touch with a Christian treatment center in Arizona. The center told her that her treatment would cost $1,000 per day. She didn't know how she would pay for the treatment, but she rested in God's leadership and providence. A few days after she contacted the treatment center, the center called back. Amanda was told she could come if she could pay for a quarter of the costs. She looked at the funds she had, and they were sufficient. Amanda could go to the treatment center.

Her time at the center was revelatory. Amanda experienced a spiritual reawakening. She says, "I always thought God's faithfulness and goodness were applicable to someone else, not me." Amanda even saw her pain become something beautiful. "My suffering and pain are for God's glory," she says.

Amanda left the program with a new heart and mindset. Food and exercise and all the other things she had pursued no longer mattered. What mattered was following Jesus. But she was uncertain as to what that meant. She continued forward with her plans to intern with MLB. She moved to New York for the internship, then to Florida for an internship with the Red Sox. Eventually, she moved to Boston for a full-time position with the baseball team.

Amanda had everything she ever wanted, but she wasn't content. She says, "It took God giving me what I wanted to show me that's not what I wanted. Now He's showing me that I want Him." She was perplexed about the change in herself, so she sought advice from people at The Austin Stone. They helped her process what she was feeling and thinking. Through this process, God eventually led her to leave the Red Sox and return to Austin.

Amanda had no plans upon returning. She considered graduate school, seminary, and ministry, but she didn't feel settled with any one thing. She waited for God to lead the way yet again. God led her to the internship program at The Austin Stone, and she became a full-time intern with the For the City Network January 2010. She now works in marketing and communications for FTCN and is a leader in the Women's Development Program.

"God's been so gracious to our organization" she says. "He's up to a lot, from helping us connect and mobilize volunteers who are engaging needs in the city, to organizing large initiatives at Christmas and Easter, to allowing me to be involved with the sports programs at FTCN. It's humbling to be a part of it. I never thought the Lord had big plans for me, but I am beginning to trust he does, not because I'm strong or qualified, but because he's strong and faithful and qualifies me by the blood of Jesus. None of this could or can happen apart from him."