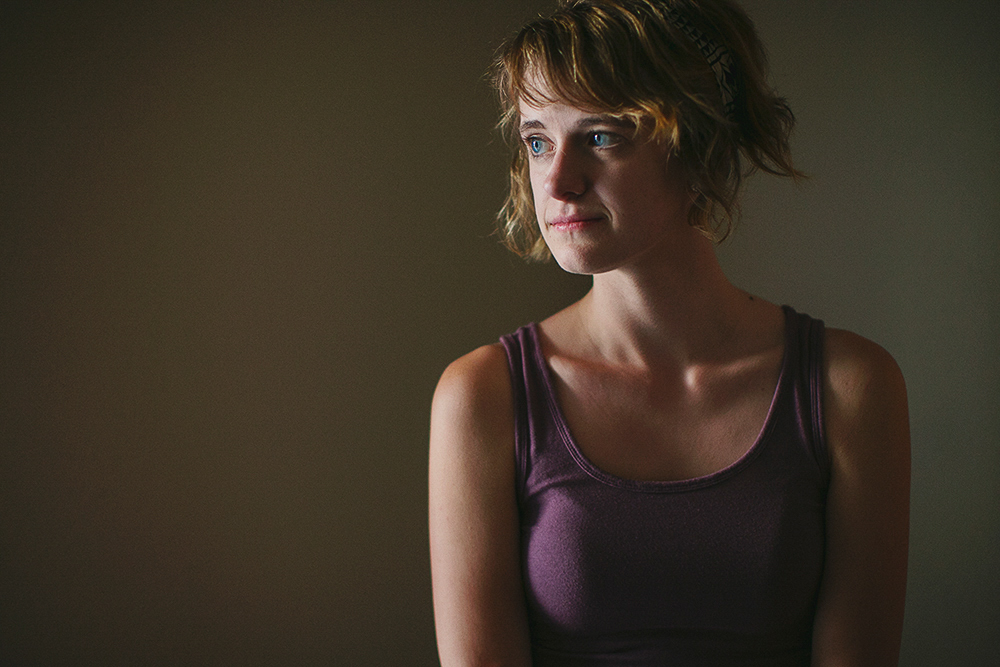 Karen Schlink has spent her life struggling with depression and thoughts of suicide. It began at 13 years old when her mother’s dad passed away. Karen lost more than a grandparent; she lost her best friend.

Karen grew up living in her grandparents’ home with her mom, dad, and brother. As the only granddaughter, she had a close relationship with her grandpa. He took care of her when her parents weren’t home and he was the first person she’d go to when she was upset. Their relationship was unshakeable—until he became ill with cancer that attacked his whole body.

“His passing was devastating, and I didn’t know how to properly handle it,” Karen remembers. “After that it was like depression completely took over. I remember crying every day before school. ”

The struggle Karen felt at 13 is the same one that followed her throughout high school. Her family was always present and supportive, but she never revealed to them the true depths of her depression. During her freshman year Karen began taking prescription anti-depressants and anxiety pills. But even with medical help, she felt her only escape was a Christian camp she had attended every summer since sixth grade.

Before her senior year, Karen was training to become a counselor at that camp. It was her safe haven. However, a lead counselor at the camp was not comfortable with Karen’s battle with depression and felt that she shouldn’t be hired as an official counselor. Karen tried to deny that she was depressed and claim she was fine, but she was still asked to leave the very place and people who taught her everything she knew about Jesus.

“It just broke me. I really believe it was the enemy going and digging the knife a little bit deeper,” she says. “I went home and remember crying in my boyfriend’s arms and telling him I was done with God. I was angry with God because he had taken away everything that I loved.” Feeling rejected from her church community, Karen turned to a sexual relationship with her boyfriend—a nonbeliever—for approval.

When Karen expressed interest in going back to church he would mock her, and she felt guilty and ashamed. She didn’t want to disappoint him because he was always there for her and was the only person who knew about her dark thoughts, so she stayed away from church.

“I don’t remember exactly when, but I started having suicidal thoughts,” Karen recalls. “Every time something would go wrong I remember thinking, ‘This would be so much easier if I were dead.’”

At 20 years old, Karen learned that one of her former high-school classmates committed suicide. Though they weren’t close, his death was devastating to her because she could relate. “I was a mess after I found out. I cried for months,” she remembers. “I felt jealous that he was able to go through with killing himself and I couldn’t bring myself to do it.”

Up until then, Karen prayed only when she felt guilty for being depressed. But a few months after this classmate’s death, she begged God to show her why she was sad and invited him into her pain. Through constant prayer, the Holy Spirit overwhelmed her. She realized the jealousy in her suicidal mindset was sinful. Because Karen had kept her struggles with suicide a secret from her family, she called her childhood best friend who was a believer, and confessed.

“I told her about my struggle with suicide,” Karen says. “And I flat-out told her: I need God. The only way I will get better is if I have God back in my life.”

On New Year’s Eve of 2010, Karen stayed home and read her Bible. The Holy Spirit guided her to the book of Philippians, which she read multiple times. She felt Jesus stir in her the desire to come back to him through his Word. Then, Christ was faithful in providing her with a therapist who taught her how to properly grieve and mourn her grandfather’s passing. Though she knew the Holy Spirit was at work within her, Karen still remembers this time as “a very messy, ugly, confusing, and painful two years.” Eventually, Karen began attending church and found friends who supported her. Then, she ended the six-year relationship with her boyfriend.

In 2012, after the suicide of a close friend, Karen felt called to blog about her own suicidal mindset, which was the first time her parents found out. That is when Karen learned her mom had also battled depression. It helped bring healing for both of them.

Now at 23 years old, Karen feels God is calling her to a ministry of sharing her story through public speaking, photography, and her blog. She passionately believes that the church needs to talk about suicide so that others can find freedom too.

“I still struggle with my depression,” she admits. “But when I realize this, I immediately reach out to my community and let them know I need accountability. I also dig deep into the Word because that is my truth and that is my salvation. That is why I am alive and that is why I am going to stay alive.”

Karen will always remember her past, but she finds hope for her future in the truth of 2 Corinthians 12:10. She is reminded that in Christ she will never again be defeated.‍

For the sake of Christ, then, I am content with weaknesses, insults, hardships, persecutions, and calamities. For when I am weak, then I am strong.