You Are Not Alone (A Song For The Elect Exiles) 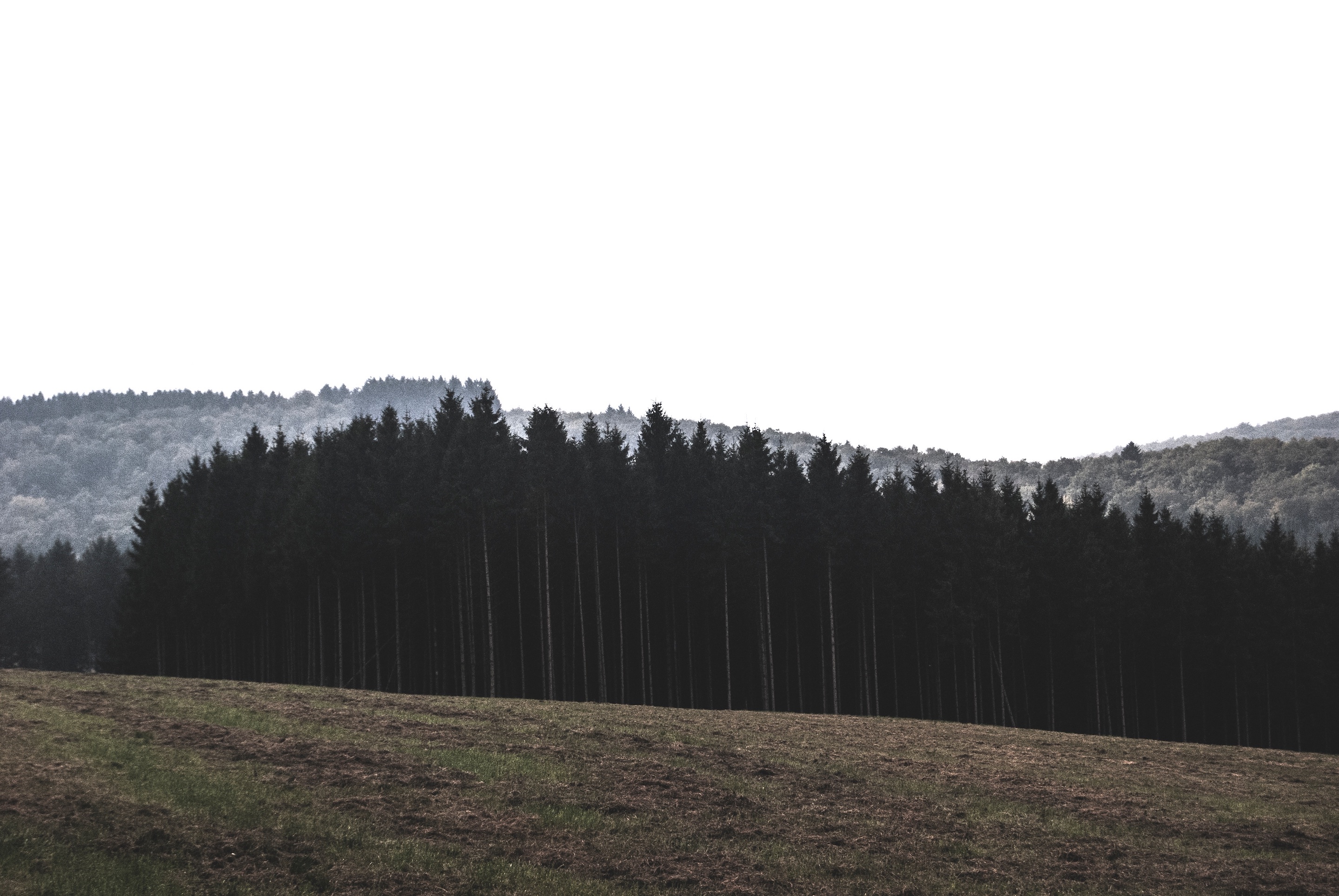 “I’m Out There Alone” and Peter’s Concern

We’ve recently come off a season where we have had the joy of hosting a lot of fellow worship leaders visiting our church: a conference, several Worship Pastor Intensive sessions (two dedicated days with only a small handful of worship pastors), and many Open Huddles (a monthly time of worship and teaching with Texas-area worship pastors).

As I’ve been reflecting on those times with fellow worship pastors, I saw a common theme in many of the conversations that I had: many of them—perhaps even the majority—feel alone. Many are at a church plant where there are few believers outside of their staff. Many are in cities where the light of Christ still seems dim and the darkness looms. Many unfortunately feel alone and isolated even on their own church staff.

Whatever the specific reason, I feel so burdened that so many men and women feel alone, stranded, abandoned, isolated as they go about the difficult and nearly-always-uphill battle of ministry. “Loneliness” is one of the prime reasons ministers leave the ministry before they should. They either can’t take it any more, or their perceived isolation leads to moral failure. Loneliness even causes some to walk away from God altogether.

Scripture speaks to those of us who feel alone and isolated. And the good news is this: you are not alone.

The book of 1 Peter is about suffering as Christians in this world. It speaks of the difficulties we will inevitably face and encourages us how to endure through Christ and the guiding of the Holy Spirit to the end. From the very outset in 1 Peter 1:1, Peter cognitively and tenderly knows who he is addressing and the struggles his audience faces. He knows they feel alone and isolated, and this apostle of Christ teaches us so much by his initial words.

He greets the readers and listeners of his letter as “those who are elect exiles of the Dispersion” (1 Peter 1:1 ESV). Let’s take a look at what he means, and how it addresses our loneliness in ministry.

The “Elect Exiles”: A Paradox?

Peter’s phrasing is interesting here, and seems paradoxical at first glance. He immediately shows his theological cards in what he says is true about believers: they are elect. They are chosen by God. There is a confirmation of their identity then in this verse—he’s encouraging them about their secure faith in Christ. He’s introducing a “brotherhood” between himself and them. He is an apostle (their authority in matters of God), but also their brother, a fellow believer under the authority of Christ.

Yet it seems to be a paradox because these elect, chosen men and women of God are also “exiles.” There’s a sense that these two words should not go together—if they are elect, shouldn’t they also be “safe” from the banishment to the loneliness of exile? But as believers, as the “elect,” this world is not our home. We are not meant to feel at home here, and we won’t. Tom Schreiner tells us, “They are not aliens literally; they are sojourners because they are elected by God, because their citizenship is in heaven rather than on earth.”

There’s a comfort in Peter’s words then for those of us who feel troubled and alone. Being elect does not mean being without trouble in this world. In fact, it invites trouble. As the elect, we will never feel at home. Those two words aren’t a paradox after all, but a natural fit. Those who belong to Christ will not, and cannot, belong to the world. “If you were of the world, the world would love you as its own; but because you are not of the world, but I chose you out of the world, therefore the world hates you” (John 15:19 ESV).

The idea of these exiled elect being “dispersed” is equally sobering yet comforting. The hard truth is that they are dispersed. This is difficult because they are apart from one another, and cannot encourage each other face to face. But knowing they are dispersed is also comforting—they may feel alone, but they are not the only ones who feel alone! There are others who feel exiled, who feel dispersed. There may be momentary isolation in a world that is not our home, but we are not alone in our service, our ministry.

So the phrase “elect exiles of the Dispersion” is incredibly telling! Peter is reminding people in each of these places where the letter is read aloud that there are others nearby who feel the same way. There are others who feel the call of God on their life to follow Christ but who feel like strangers, sojourners on this earth as a result.

Consider also Elijah, who felt utterly alone in his defense of God as the only true God. He says, “I have been very jealous for the LORD, the God of hosts. For the people of Israel have forsaken your covenant, thrown down your altars, and killed your prophets with the sword, and I, even I only, am left, and they seek my life, to take it away” (1 Kings 19:14 ESV). He felt completely isolated and alone in his ministry, surrounded by followers of Baal who did not honor God as God. However, God promised him, “I will leave seven thousand in Israel, all the knees that have not bowed to Baal, and every mouth that has not kissed him” (1 Kings 19:18 ESV).

We can feel encouraged by this: it is a very old “tradition” to feel like lonely strangers in this world. This is nothing new for 21st century believers. To those of us compelled and elected to follow Christ, we often feel alone and persecuted by the world—whether physically or simply ideologically and morally. Peter says to us: “This letter is for you. If you feel abandoned, alone, isolated, neglected, persecuted by enemies—indeed, exiled and dispersed, you are in good company. You feel that way because you are elect.”

Jesus, our good High Priest, knows this feeling well. He also was chosen for a purpose—the salvation of mankind! And yet this was not His home, and He was not surprised when He felt exiled here. He served God faithfully in the midst of enemies and in the midst of terrible suffering and loneliness. He is our example, our advocate, our King, who shows us that the kingdom is ours even though we feel like aliens. We are elect while exiled.

In his classic work on Christian community, “Life Together,” Dietrich Bonhoeffer reminds us: “Jesus Christ lived in the midst of his enemies. At the end all his disciples deserted him. On the Cross he was utterly alone, surrounded by evildoers and mockers. For this cause he had come, to bring peace to the enemies of God. So the Christian, too, belongs not in the seclusion of a cloistered life but in the thick of foes. There is his commission, his work.”

You Are Not Alone

More than that, your big brother Jesus is a High Priest who sympathizes, and He knows firsthand the experience of loneliness you feel. Have you ever considered this? That Jesus knows this feeling! He doesn’t know simply in a general, “God knows everything” kind of way, in the same way that He knows all impersonal facts. Instead, He knows it personally, intimately, experientially. When you cry out to God because you feel like an “elect exile of the dispersion”, He looks at you and says, “Yes, I know. I know. I did too. You can endure.”

And even more than Jesus’s firsthand experience of feeling alone and isolated, He promises to walk with you through it. You have a Friend Who has been through it, Who has persevered, Who then comes alongside you and takes your hand. Before He ascended, He promised: “Behold, I am with you always, to the end of the age” (Matthew 28:20 ESV).

Take heart, minister of the gospel: when you feel alone, you are in good company. You join the ranks of the thousands of men and women who have come before you preaching the good news but feeling as though they do not belong here. Carry on and persevere to the end. This world is not your home.