My Lesson in Appreciation from Two Davids 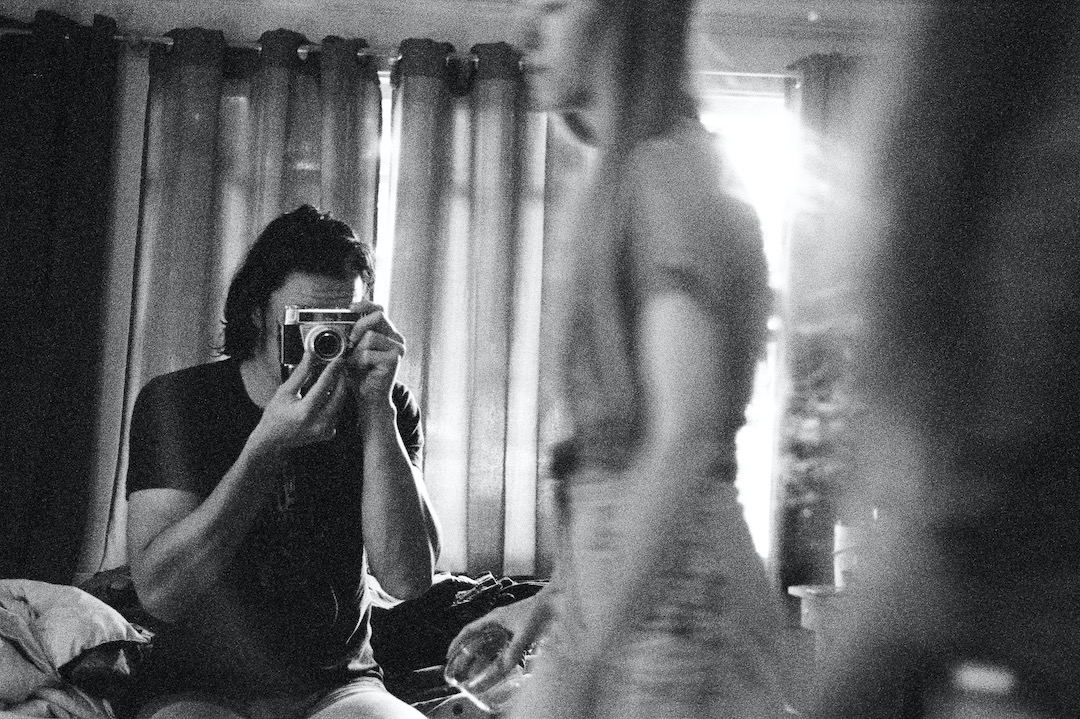 My neighbor David is just south of 75 years old. He reached out to have us over for dinner within 3 weeks of us moving to our small town outside of Austin. That dinner concreted our two-year-long friendship with him and his wife. David was a painter in the mid-’60s to the mid-’70s art scene in New York City. He became pretty well known in that scene, and in his words, “got a big head.” He had his work at the Museum Of Modern Art. After relationship problems and other issues in life, he decided to leave the fine art world. He stopped painting for about 30 years to pursue things that didn’t attract a spotlight; homebuilder, pilot, and dog trainer, to name a few. But just before COVID hit, he started painting again.

It’s such a delight to hear his stories, take in his art, and see his perspective on life. He has a childlike wonder at the simplest things. He marvels at random things that we all tend to overlook. He recently talked to me for 20 minutes about how the ceiling lights in his friend’s restaurant reflected off the freshly waxed floor. It’s not just the wonder that baffles me. His ability to deconstruct why something is the way it is gives me pause and admiration. In these 20 minutes, he broke down how the concrete floor must have been poured, how the finishers sanded the floor, how the lights were hung, and how his eyes deceived him. Some might call this a kind of elderly-man-story-about-nothing, but I see it as so much more.

His thoughtfulness reminds me of Da Vinci’s journals. Da Vinci would write these random little things, some on human anatomy and its proportions and others on designing armor and bridges for the military. In one entry, Da Vinci wrote, “Describe the tongue of the woodpecker.” Something I have never thought of much until I read his question. He would later discover a woodpecker’s tongue can extend more than three times the length of its bill. When not in use, it retracts into the skull, and its cartilage-like structure continues past the jaw to wrap around the bird’s head and then curve down to its nostril. In addition to digging out grubs from a tree, the long tongue protects the woodpecker’s brain. We now know when the bird smashes its beak repeatedly into tree bark, the force exerted on its head is ten times what would kill a human. But its strange tongue and supporting structure act as a cushion, shielding the brain from shock. In all of these, Da Vinci’s curiosity is what led him to be one of the greats.

And so it is with my neighbor, David. All of these little musings affect his art.

As I’ve been talking with David about his current project, I’m ashamed at my own blindness to the beauty God freely gives. Not only am I convicted that I’m not cherishing His creation, but I’m also not deconstructing it to find its (His) brilliance and design. I find much appreciation in the structure of many kinds of art forms. I love a well-crafted song that’s familiar yet new, a painters reimagining and intentional brushstrokes of reality, or an author’s graceful and fluid prose. And yet, I’m overlooking the very thing that inspires such works of art. David unknowingly reminded me of my oversight, and for that, I’m forever grateful.

Another David, who is not my neighbor, wrote words that echo this truth in Psalm 19.

The heavens declare the glory of God,
and the sky above proclaims his handiwork.
and
Let the words of my mouth and the meditation of my heart
be acceptable in your sight,
O Lord, my rock and my redeemer.

I want to meditate on His creation because it is GOOD. I want to make art that showcases that goodness. I want to be an artist that appreciates the small forgotten things of creation and marvels at His kindness in gifting them to us. I love what Francis Schaeffer wrote in his book Art and the Bible,

…you are a Christian artist; therefore, you must not freeze up just because you can’t do everything at once. Don’t be afraid to write a love poem simply because you cannot put into it everything of the Christian message. Yet, if a man is to be an artist, his goal should be in a lifetime to produce a wide and deep body of work from which his world-view will show forth.

Oh, how I aim to create a broad and profound work that shares my hope for the world.