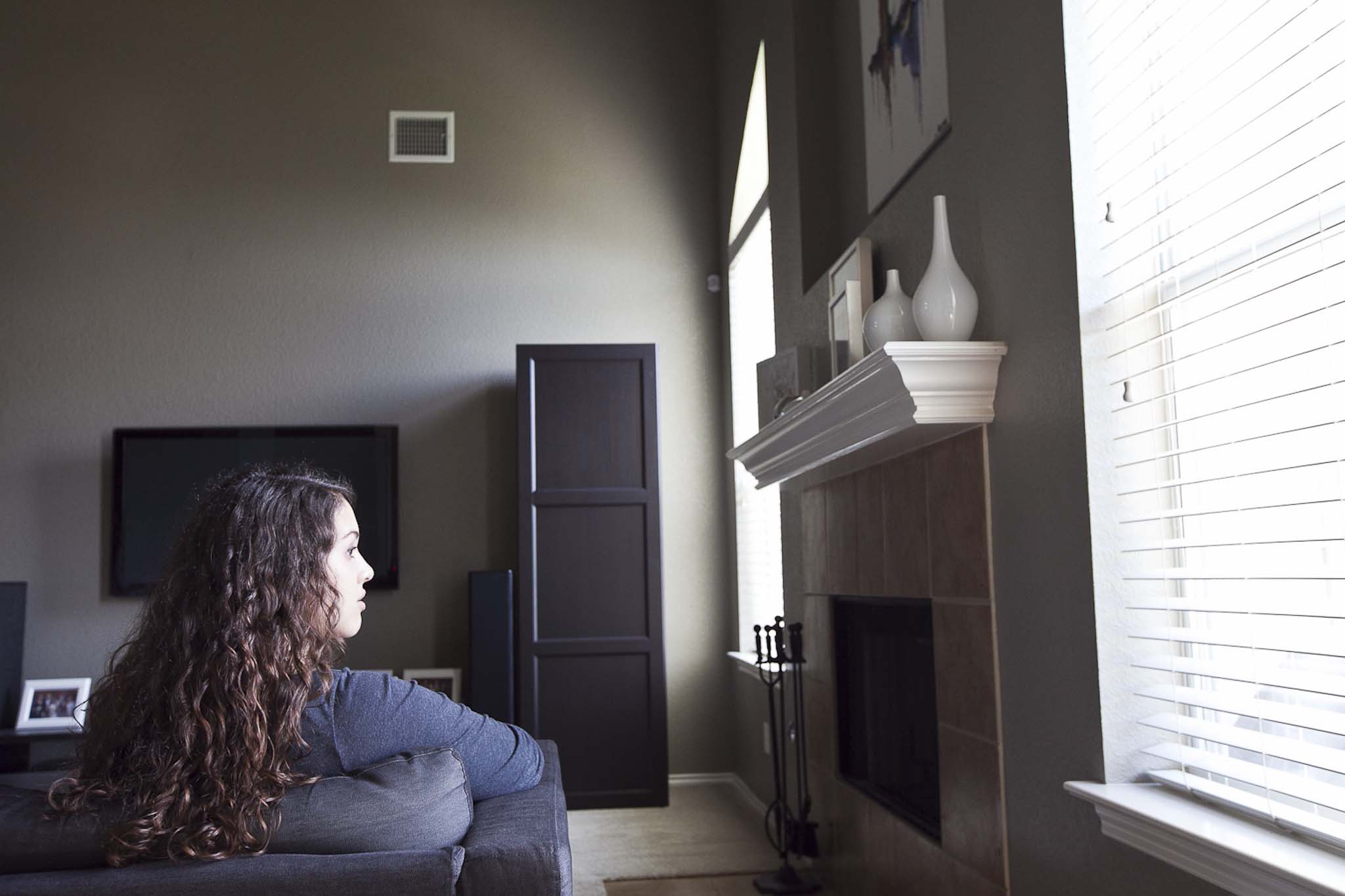 Eight months into her marriage, Sarah had a miscarriage and lost a baby she didn’t know she was carrying. Until then, Sarah’s plan for her life – for high school, college, great grades, and marriage – had occurred exactly as she designed it. Everything had been on track. Sarah had been in control.

She had suspicions that she might have been pregnant, but with her history of irregular cycles she wouldn’t let herself even think about the possibility. Sarah was six weeks pregnant when she miscarried and, with the miscarriage, she felt she was losing control of her life. When she realized what had been happening of inside her, her emotions were many. “I was faced with this grief that I really didn’t understand or feel like I was allowed to feel, because I didn’t even know I had had a life growing inside me,” she explained.

Reeling in agony and confusion from the loss they had not planned on or even known about, Sarah and her husband realized how important having kids was to them. New plan – children as soon as possible.

Sarah’s new plan was not that easy to follow. The doctor told her she had to wait six months before trying again, a waiting period followed by month after month of trying and failing to get pregnant. Sarah became despondent. Hopelessness and discouragement filled her as the repeated cycle of hope and disappointment persisted.

“Childlessness was not a problem that I knew how to attack in a way that I was used to. I couldn’t rely on my skills. It wasn’t something I could control, and I was so frustrated and confused.” Sarah trained herself to avoid any reminder of her suffering and lack of control. The idea that motherhood would bring fulfillment consumed her. She avoided other responsibilities, such as being a wife, as she wallowed in self-pity. “I wasted so much of that time.” Most of all, she avoided the extra bedroom slated for the baby. “That room was a daily reminder of my plan not being followed.”

Sarah tried resting in her Bible study and her small group, made up of friends who gave her words of wisdom, Bible verses, and advice to comfort her. “I said they helped, but really I was exhausted from the fight of not being in control, and I didn’t know how to rest or rely the way God calls us to.”

Sarah and her husband began to see fertility doctors who might provide answers, but admitting she needed these appointments increased Sarah’s feelings of losing control. After many tests and invasive procedures, with weeks of waiting between each one, a specialist told Sarah, “This is very concerning.”

This statement broke her.

Sarah heard the specialist’s words, but could hardly believe they were being said to her. “Really?” she asked. “This is what this is going to look like for us? This is not how it is supposed to be when you are playing Barbie Dream House as a kid. It shouldn’t be you and your husband and a team of eight doctors.”

In Sarah’s frustration and exhaustion, she began to realize the futility of relying on tests, lab results, or a doctor. “It felt like a race – there was no rest.” She was sprinting toward something that kept sprinting farther and farther away.

Sarah knew she needed rest, and she knew in her head, if not yet her heart, that her Bible could bring her some comfort. She started to read the Scriptures again, and soon her heart began to soften, God’s Word began to take hold of her as she intentionally pursued her Bible study. She read and reread the stories of Hannah, Sarah, and Elizabeth. “I loved that in the cases of all three women, they were patient and faithful.” Sarah read about women who, despite their barrenness, trusted in God. “I realized how much my identity was in being a parent instead of being a daughter of Christ. I was not trusting God.”

Then, through a sermon Sarah heard, God showed her that she was actually willing to sacrifice a piece of her salvation for what she idolized – for motherhood. She was more desirous of having a baby than a life with Jesus. “God brought me to the awareness of my sinful nature. My selfishness robbed my husband and me of so much – I wasn’t honest with how I felt – I was strong on the surface but inside I was so weak.” God changed Sarah’s heart. He picked up her burden of wanting control and led her to joy in her suffering.

Soon after, a diagnosis of Polycystic Ovarian Syndrome (PCOS) explained Sarah’s difficulties with maintaining a pregnancy, and gave Sarah and her husband an action plan to move forward. Sarah began Intrauterine Insemination, a procedure in which a doctor triggered ovulation using her husband’s sperm. The doctor told her he would “be surprised if this doesn’t work.” But Sarah’s trust wasn’t in procedures or plans anymore. She looked at her husband and said, “My faith is no longer in the doctors or the tests or the results – but in Jesus.”