Light in a World of Darkness 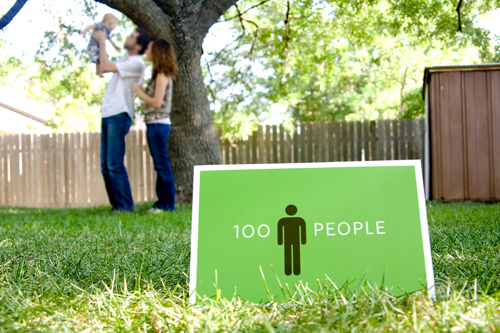 Chase and Ruby Black are the proud new parents of a baby boy and are enjoying the daily miracles his presence brings to their lives. Like many Christian parents, they are in constant prayer for his spiritual and physical well-being, understanding his ultimate destiny rests with his creator. Other prayers are being cast for little Aaron though, unique to the fact that he is to live a life very different from his contemporaries, as an integral part of his family's ministry when they move to the Middle East in hopes of introducing Muslims to the Jesus of the Bible.

Refusing the world's view on the state of affairs in that eminent region, the Blacks are void of fear for their safety and armed with assurance that they're living according to God's will. Ruby rests in a beautiful peace that only God can grant to his children amidst potential earthly danger, epitomized by the apostle Paul in Philippians 1:21, "For me, to live is Christ and to die is gain."

Reflecting on the winding paths they followed to reach this pivotal point, they are convicted that every turn and struggle they've encountered has been preparation for being "aggressive light" in a world of darkness.

Ruby was raised in the church but didn't truly begin to follow Christ until after college when she began attending the Austin Stone. During that time, Lord began to reveal many of the ways He'd remained faithful to her. She then met Chase, who came from a somewhat different background.

Though blessed with a godly family that shared Jesus with him at an early age, he turned his back on their intentions, later struggling with alcoholism and fast-plummeting into darkness. Hitting the rock-bottom point in realization that he was completely enslaved to frailties of the flesh, he sought God for deliverance, knowing his solo efforts were futile. Chase then began pursuit of fellowship in a church home and found himself at Austin Stone where he we was consistently reminded that he had been called out of darkness, and was since obligated to live as such.

God planted a desire in their hearts to consider long-term service abroad during a trip to the Makarios School to serve children in the Dominican Republic shortly after their wedding. Opportunities arose for them to spend time with missionary friends who were home on furlough and to learn about the 100 People Network.

Without realizing he'd resorted to serving anywhere except the Muslim world, Chase experienced the Lord's revelation of the immense need to rectify the Islamic perception of Jesus which lacks the acknowledgement of Him as Messiah. He and Ruby became convinced that their family was to consider moving to the Middle East. The Blacks made a short trip to visit friends already serving in the area and were offered a glimpse of what living in community with like-minded believers looked like, meeting Muslims and fostering friendships, as well as seizing opportunities to share the gospel. It wasn't long until they felt called to partner with that particular family.

The Blacks then returned home to give prayer and final consideration to their decision. They were rocked by the divine timing of a sermon from one of their own church leaders, announcing that he and his family were relocating overseas for the purpose of taking the gospel to the unreached. Chase also listened to a sermon by John Piper on taking risks for Christ in which Piper communicated that, as believers, God wants us to take risks with our own lives.

These days, the Blacks are making final preparations to go and plant a church among a people group in the Middle East that has had very little exposure to the gospel. Although they know they'll miss the close proximity of their families and the comforts of life in Austin, Chase and Ruby are delighted in the joys that confirm God's faithfulness to their quest.

They are ready to join the work that Jesus is already doing on the other side of the world and, though they're only committed to four years, they're prepared to stay longer. Their hope is to see an indigenous church made up of believers who revere Christ as the Son of God. Chase and Ruby long for those whom they will be serving to say, "Their God is real, and we know He's real because of how He's worked in their lives and ours."