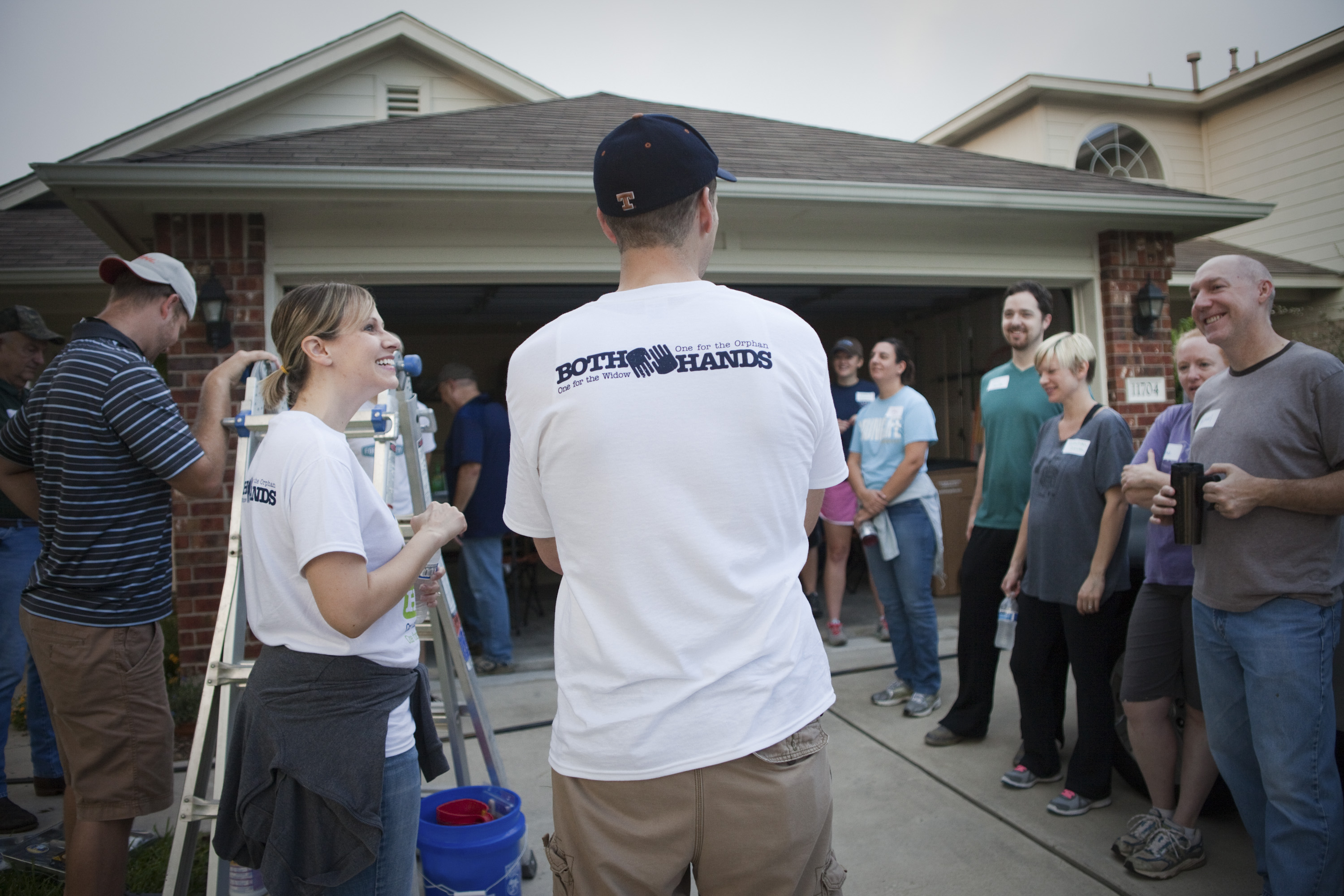 In 2012, Dave and Michelle Watkins had completed five rounds of intrauterine insemination (IUI). They had experienced two brief pregnancies, one round of laparoscopy, and they were still without children. Michelle wasn't willing to face the fact that she might not ever have a successful pregnancy. “It was not just about being a mom," Michelle said. "It was being pregnant and getting to experience all of that – the food cravings, all the discomfort – I would have gladly taken that on." Pregnancy was something she wanted so badly for herself that she overlooked the possibility of any other option.

“There’s a difference between knowing God has something for you and being excited about it.”

Dave and Michelle had casually talked about adoption while they were dating, but they wanted to have a couple of biological children first. After six months of unsuccessfully trying to get pregnant, Dave and Michelle sought pregnancy through fertility treatments. Little did they know that they were embarking on a five-year journey full of heartache and disappointment.

During the first year of fertility treatments, one of Michelle's friends gave her a book called "Adopted for Life." Michelle promptly stuck the book in a drawer in their California home and didn't pick it up again until months later, when they were packing to move. She returned the book to her friend, unread.

Six months later, Dave read the book and passed it on to Michelle. She continued to resist reading the book because she knew it contained truth that would convict her mindset. She was still clinging to her desire to experience pregnancy and she knew reading a book about adoption would challenge that desire. She was afraid.

"I really resisted reading it because I knew that my heart would be changed and I knew it would expose my idolatry. So it just sat there," she said. For her, reading that book meant that she was open to what God was doing – open to no longer pursuing fertility treatments and open to adoption.

After finally delving into "Adopted for Life" during the summer of 2012, Michelle's heart began responding to how God was shaping their journey. The Sunday after Michelle finished the book, the author was preaching at The Austin Stone Community Church. God used that day and the adoption sermon series later that fall to confirm that he was doing something intentional in their hearts and in their path toward parenthood.

Within a year, Dave and Michelle were partnered with an adoption agency and moving forward with the adoption process. As they were researching, they came across an organization called LifeSong. This organization had a program that paired a family pursuing adoption with a local widow in order to assist her with the upkeep or restoration of her home, while also raising funds for an adoption.

Financing an adoption is a huge challenge and, a week before the project was set to begin, Dave was laid off from his job.

As God revealed the importance of involving their community in their adoption, Dave and Michelle continued to pursue the Both Hands project. They were convinced that the project was not just about raising funds for them. “It was really more about bringing in our missional community and providing an opportunity for other people to see God at work in our adoption story, and not just keeping it to ourselves," Dave explains.

On the day of the project, they saw God's faithfulness and provision as local businesses donated lumber and tools for the home restoration and individuals generously gave toward the adoption online. Dave and Michelle were supported by their missional community group and, together, they were able to bless and serve a widow. Everyone felt like they contributed in some way.

A few months after the Both Hands project, Dave and Michelle were matched with a birth mom who chose them to adopt her baby. In January, Dave and Michelle welcomed baby Samuel into their lives. Looking back, Michelle explains, “God changed my heart and gave me a joy and excitement for adoption that I didn't know I could have. It's the way that He intended to grow our family all along, but had some work to do in my heart before I could see that His plan was not only better, but would ultimately give me more joy than I could imagine.”

Since trying to start a family, God has been faithful to show Dave and Michelle that he is in control and that he has a specific plan. Letting go of their plans and letting God have control of their family has been a hard process, but it has been worth it. God brought so many more people into their story than they would ever have planned or imagined. And their story is not over yet –multiple challenges could still arise, but Dave and Michelle are trusting in God's perfect plan and timing.

for the city
for the orphan
foster care
missional community