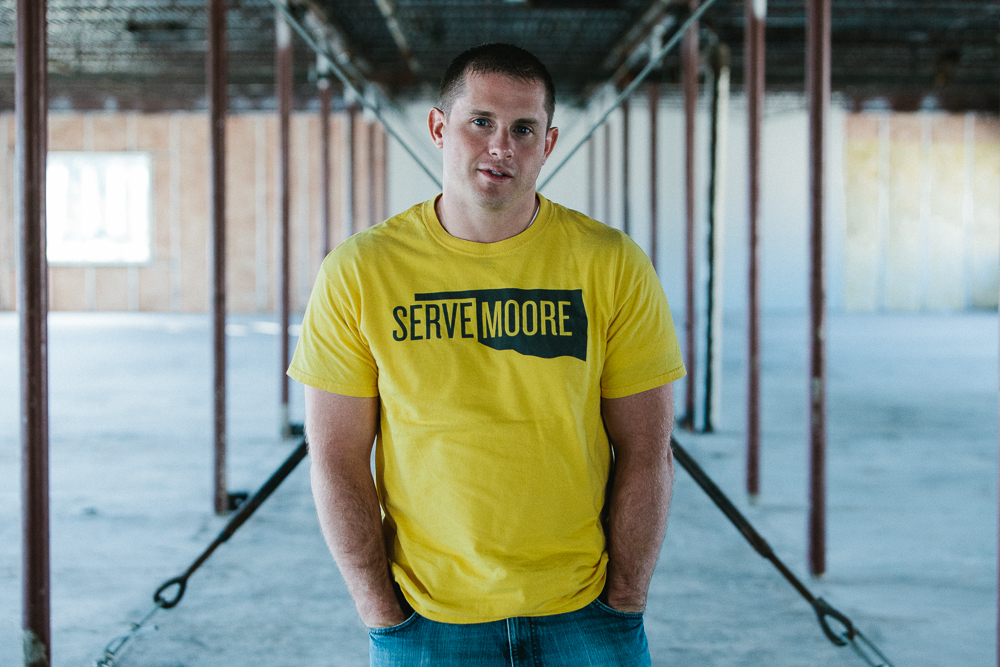 “I guess there are two kinds of Christians. There are believers and there are followers.”

This was the response John Fedock got when he asked his friend Rachel how she would define a Christian.

John recalls thinking, “That is the stupidest thing I've ever heard. Why would you believe in Jesus and not follow him?"

In 2010, John found himself at a crossroads. He was an accomplished patent attorney working in Austin, but everything his success brought seemed empty and he began to feel burnt-out. Around the time he had this conversation with Rachel, it became clear that God was calling him to be more than just a believer in Jesus. Soon after, John dedicated his life to following Christ. He gave up his career as a lawyer and started coaching football at a local Christian school. He also began attending The Austin Stone Community Church. Still, as John recalls, “I found myself all too willing to have intellectual discussions about the gospel, but not doing a whole lot to boldly proclaim and live out the gospel message through my actions.”

When the Stone put out a call for volunteers to go to Moore, OK after the tornadoes of May 2013, John felt called to go. One of his first assignments was to lead an effort to clean up the yard of a large mansion. The mansion itself was mostly untouched, but the yard was strewn with small debris. The work of cleaning the yard was tedious and time consuming. In fact, some volunteers simply wouldn’t do it – it wasn’t the work they had envisioned, and it wasn’t in the service of the type of victims they had in mind. “A lot of volunteers wanted to serve in the way they wanted to serve... to go pick up boards and bricks and pipes, not rake up debris from someone’s yard.” Even as John sought to lead his team faithfully, he remembers feeling that struggle personally. “I was trying to find the right words to say to pastor other people through it, but in my heart I was looking at it in largely the same way… this guy seemed to have plenty of money. Did he really need all of us here?"

“So this guy was actually an incredibly caring and giving guy... and where we were saying earlier in the day ‘maybe he will pay this forward,’ it was really flipped. He had already done something much more generous than what any of us were doing.”

In the following weeks, John continued to make trips back to serve the people of Moore as God continued to grow his humility and reflect Christ through service. He did everything from changing waste bins at the service center’s headquarters to acting as a zone captain in one of the hardest-hit areas of town. As John puts it, through Christ “I am not too good for the most menial task, and I have the confidence I need to take on the most challenging of tasks."

Through it all, the Spirit continued to reveal to John what it truly means to not just believe in Jesus, but to follow him through service to our neighbors – no matter what that service might look like, or who the neighbor might be. While John may not always see how his influence directly affects those he serves, he has an assurance from Christ that “as you did it to one of the least of these my brothers, you did it to me." For John, he was able to see a glimpse of how God uses our love and service to others, first with a misunderstood mansion owner, and later through an unlikely connection online.

While serving in Moore, John posted some of his pictures online. A few days later, he received a message he didn’t expect. “John? Were you serving in my home town?” It was Rachel. While John had known that Rachel was from Oklahoma, it was not until that moment that he realized that she was from Moore. John was in awe of how God had used Rachel to convey the message that helped save him from his brokenness, knowing all along that He would eventually use John to help the people of Rachel's hometown heal from their own wounds.