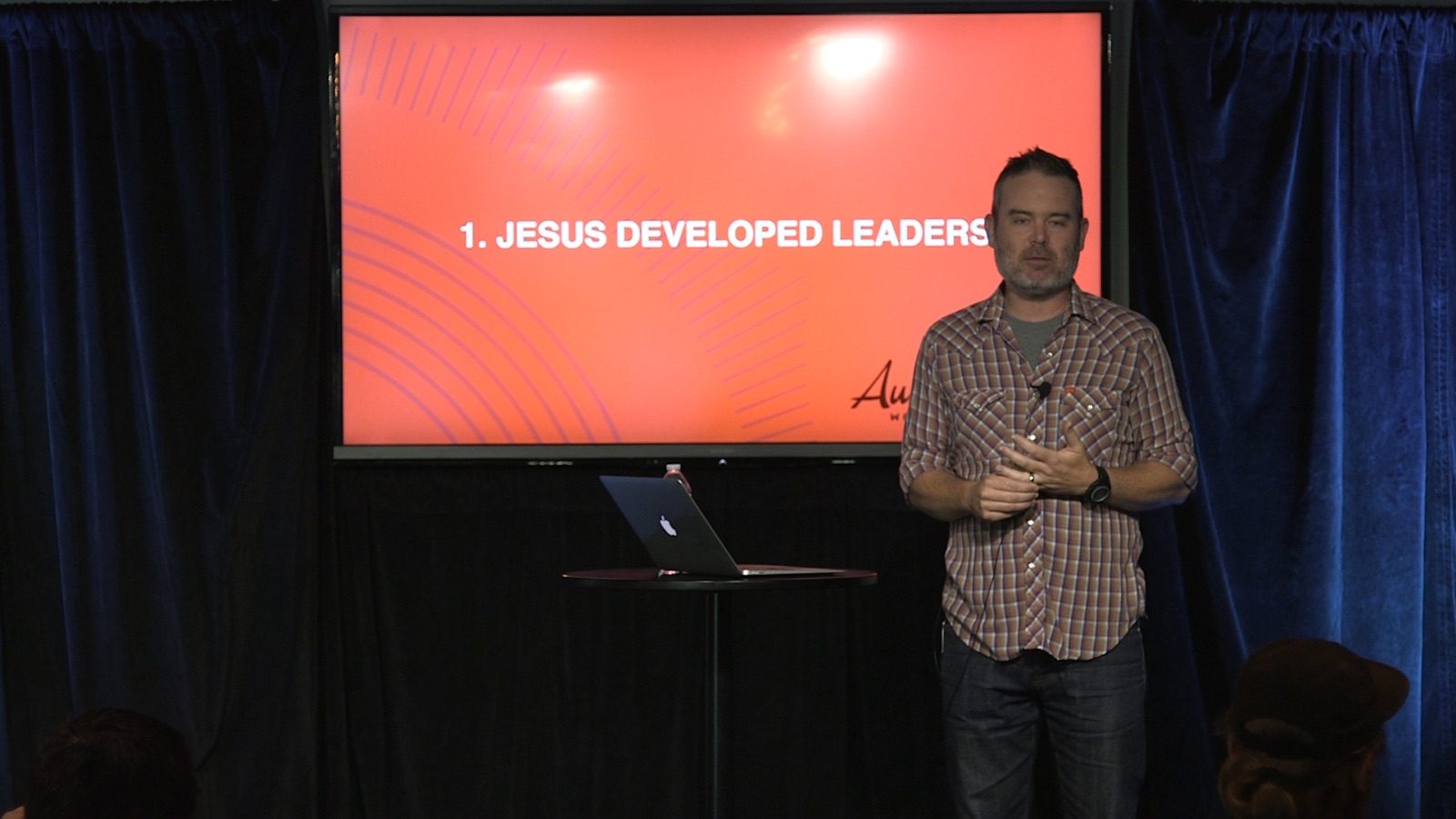 Justin Cofield talks about why we should develop leaders. First and foremost, Jesus made it a priority to develop other men, even before his ministry began.

The first reason is that Jesus developed leaders, and there’s a lot of scriptural basis for this.

He started his ministry by choosing men to invest in. If you look at Matthew 4:18-22, it’s when Jesus called his first disciples. He just got done being tempted by Satan in the wilderness. He’s about to start this epic three year blast of a ministry, but the first thing he does, really before he does anything else, he doesn’t heal anyone.

He doesn’t say, “I’m the Son of God.” He doesn’t do anything epic until he goes to these guys who are fishing, and he says, “Hey, if you really want to, like, learn how to fish, if you want to fish for men’s souls, come follow me.” He picked out the people he was going to invest in and develop before he did anything else. Before he started his ministry he chose men to invest in.

And finally, he knew his time was temporary. In Mark 14:36 he said, “Abba Father, all things are possible for you. Remove this cup from me.” He knew he was about to enter into something that was going to be hard. Jesus knows, he knew from the beginning, 100% of all people die. That was part of his humanness. He knew he was going to die. He knew his time was temporary. He knew his time was short. John 14:4 is talking about being together in the Father’s house, he says, “You know the way to where I’m going.” He talks about going to his Father’s house, and eventually they’re gonna be there with him. He knew his time on earth was temporary, was short, was not gonna be forever, and so he was training these guys to do the ministry of the kingdom and to do his work after he was gone. He left them the Holy Spirit. We all know this stuff, but I just wanted to reiterate it. The first reason that you should develop leaders is because Jesus developed leaders.