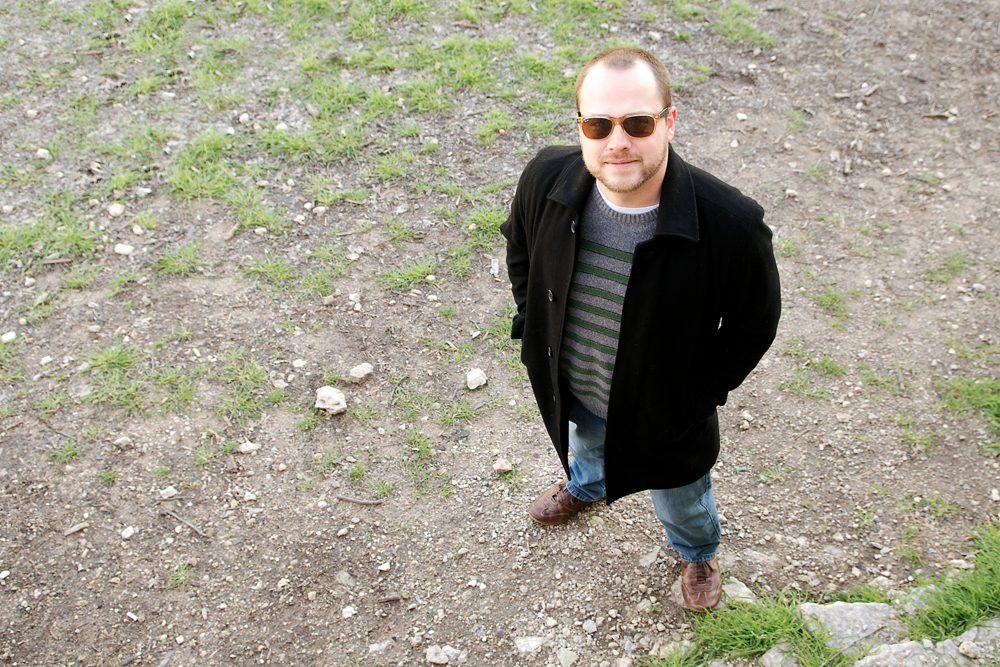 Rich Wilson's story paints a vivid picture of recovery and redemption through the mercy and grace of God.

"It's a story of his grace, and that grace is visible at every step of the way. In fact, it is even possible to see his grace in my darkest hours, because without those I might not know how desperately I need a Savior, and I might never have turned to him."

To this day, Rich can't quite explain how he became an addict. "Don't ask me why, but my junior year in high school I picked up my first cigarette. The following year I picked up my first beer. The year after that, my first joint. And the year after that, when I was only 19-years-old, I was a regular user of marijuana, cocaine, acid, ecstasy and really anything else that easily fell into my hands."

He spent eight years using all day, every day ... failing college, working just to get by and pay the rent, feeling directionless, lifeless and hopeless.

While he was trapped in his addiction, God showed grace to Rich. He met Sara, with whom he became good friends and began dating. Sara's impact was immediate and positive. Through regular conversations with her, Rich became aware Christ was the way, and God started to remove many of his "hard" addictions, but those of nicotine, alcohol and marijuana still had tight grips on him.

Christ had begun a work in Rich, but he was still struggling with addiction and admits to "being his own god." When he and Sara were married, he told her he had quit using drugs and alcohol.

"I lied to her for three years. I had started going back to school by this time, attempting to change my path and be someone that my new wife could be proud of, but my addictions were holding me back. I was working until 2, 3 or 4 in the morning, sometimes not coming home until 7 or 8 because I was out using."

The conflict culminated in November of 2010. After multiple confrontations, hundreds of lies, and months of deceit, Sara caught Rich in the midst of his dishonesty. He confessed.

"That's when I began to go to Recovery. There I confessed everything and began to take steps to ensure that I was allowing God to work in my heart to change these things," Rich said. "It wasn't until I stopped living under my own strength and began to admit that I was hopeless and lost that I was able to be whole again."

While in Recovery at The Austin Stone, Rich and Sara continued the difficult task of repairing their marriage. Rich had lost two jobs but, despite the professional uncertainty, he was three months sober, living at home with his wife, and attending counseling.

Now, sober for one year, Rich has a job that allows him to spend six to seven days each week with his wife and keeps him on the "straight and narrow."

The Wilson's marriage is alive and well. "We recently passed our fourth anniversary, and it was by far the happiest and most joyful one yet," Rich shared. "God has healed so much in my life, even when I wasn't asking him to. He has constantly had his hand on me and been working all things together for my good."

While on the road to Recovery, Rich has realized that God's mercy has been evident but not always pleasant. From losing jobs, to confessing sin, to almost losing his wife, he recounts the severity of the sanctification process.

"The discovery of my secrets was severe, moving out of my apartment was quite severe, confessing all of my sins to not only my wife, but also her parents, her grandmother, my parents, my siblings, and everyone who had been affected was intensely severe. But all along it was mercy. God was mercifully – though I had not asked Him to – prying my bloody hands off of my own life and taking control of it."

As he continues to recover and walk with Jesus, his actions are being changed and his heart is doing the same. "Sometimes I am very embarrassed about this story and sometimes very sad, but when I remember that it is his story, and not mine, then I am filled with joy."