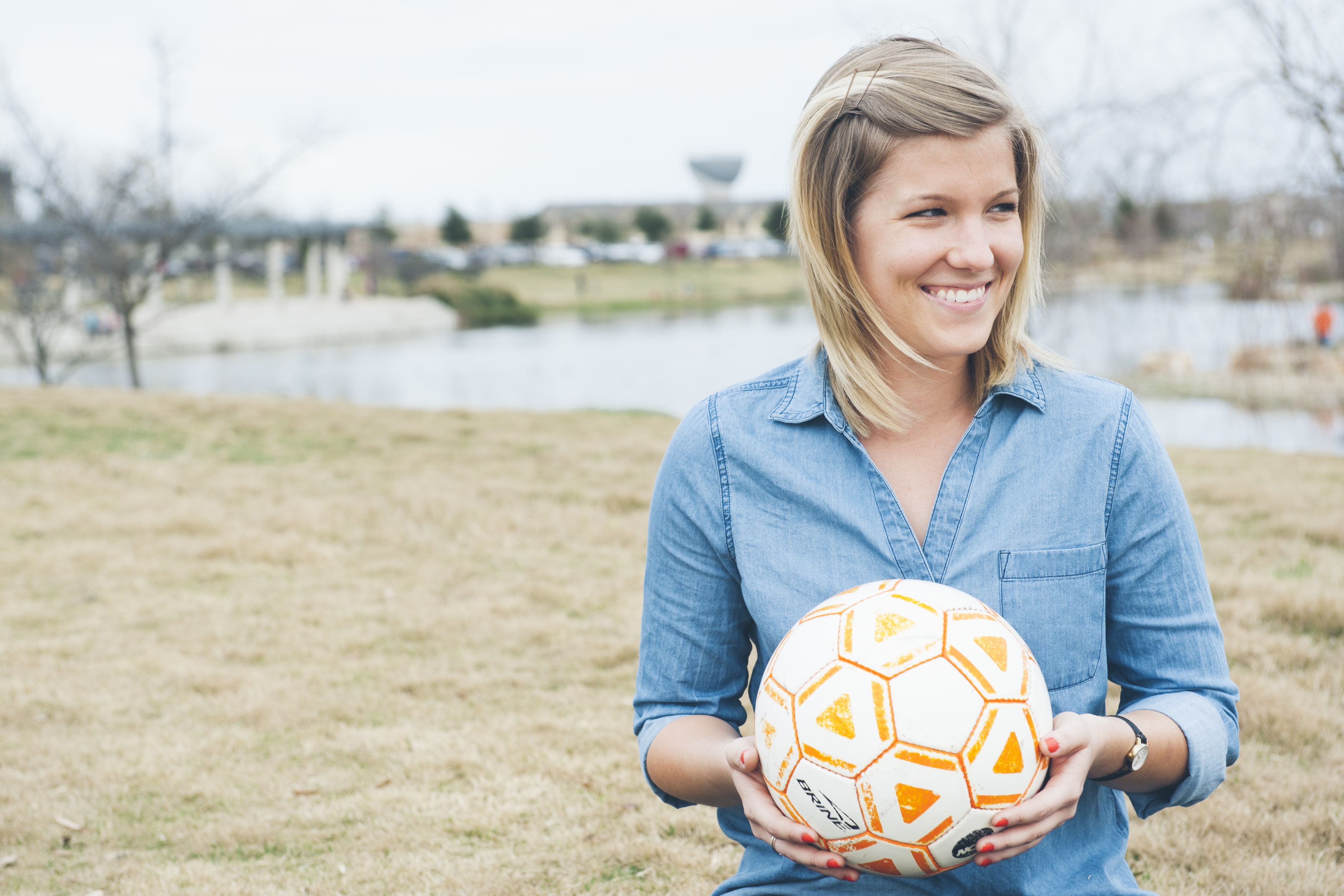 At the age of six, Emily Neinast began finding her identity in soccer. Her parents encouraged her to play the sport, and she quickly began excelling. By the time she turned 12, she was even invited to try out for a development program for the Olympics. However, she suffered a major knee injury and tore her ACL just two weeks before try outs and was devastated.

After that first life-changing injury, Emily lived in fear as she continued to chase her dream of playing soccer. Over the years, more injuries led to more surgeries which led to depression and anxiety. Emily felt her medical problems would never end when she endured three surgeries in five years.

A month into her freshman year at the University of Texas, Emily learned she would need another surgery because the doctor missed a tear in her meniscus from the previous operation. She began to grow angry because she couldn’t understand why this was happening to her.

Emily turned to drinking and partying as an outlet for her anger. She also wasn’t sleeping well, a problem that eventually turned into insomnia. Emily said she felt like she was going crazy.

Months later, Emily’s mom told her how worried she was about her, and explained a history of depression in their family. Emily realized that her life was on a downward spiral. After months of trying to find her identity in soccer, drinking and attention from boys, she realized all she had was broken friendships and unhealed pain.

Finally in the fall of 2010, Emily reached a breaking point. She fell to the floor, crying out to God asking: Why is this happening? She questioned why a good God would let her go through so much pain. She confessed to God that she was angry, and she felt Him begin healing her heart.

In the following days, Emily started focusing on God and started reading her Bible for the first time in a long time. She had attended church in the past, but for the first time her faith started to feel real. After looking at the scars in her knees, she felt God tell her all this happened for a reason.

Emily realized God had the power to overcome her depression, anxiety and insomnia. She read 1 Peter 5:7 out loud: “Resist him (the devil), standing firm in your faith, knowing that the same kinds of suffering are being experienced by your brotherhood throughout the world.”

Immediately she felt joy and knew that God had healed her emotional baggage. She said she had been cleaned from the inside out, and knew that God had a plan for her. Emily even stopped taking her medication for depression and anxiety. Later, when she had to undergo a fifth knee surgery, she welcomed it instead of dreading it. Even though she was in pain, she knew God had a plan, and she had peace about the situation.

A year after surgery, Emily was invited to join a mission trip that would serve women who were prostitutes. She knew that she wanted to share the redemptive work of Christ in her own life with them.

The trip was to a country whose culture was known for kneeling, squatting and sitting. Emily was determined to go and share her faith in Christ, even if it meant physical pain in her body. People began praying over her knees and Emily’s faith was tested.

During the trip, Emily did not take pain medication, but the Lord was faithful and she did not hurt. To this day, Emily says she has not felt pain in her knees—an incredible testimony.

After ten years of suffering, Emily says with confidence that her identity is in Christ. She more fully understands grace and mercy and walks with the joy of knowing Christ has completely healed her.

for the nations
suffering