How to Start Over in a New Group 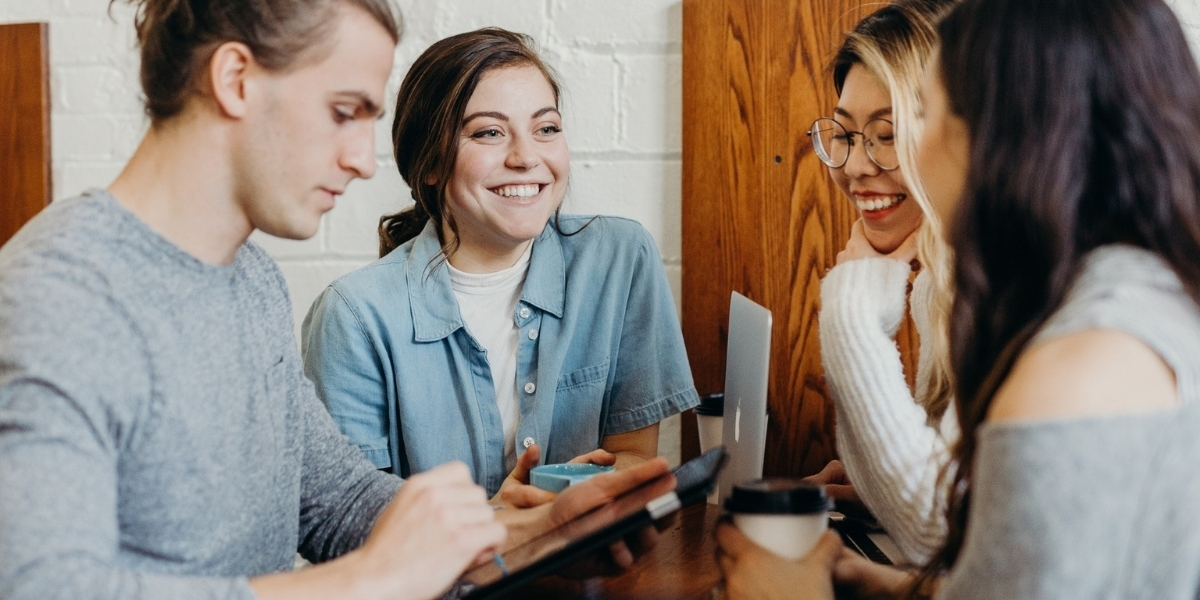 The day before we left South Africa to come and live in Austin, my wife, Sue, and I hosted a farewell party for our closest friends. There was a moment as we looked around a crowded yard of people, when I noted to Sue that there wasn’t one person there that we hadn’t known for less than a decade. In fact, most of the people who came to say goodbye that day had been friends of ours for two decades or more. I guess you could say that we are something of a “slow burn” when it comes to friendship formation.

Left to nothing more than our own personality types, Enneagram profiles, and personal insecurities, Sue and I would ordinarily really struggle to make new friends. And then, we had to start all over again in a city where we knew very few people and in a church that is large and could easily be experienced as impersonal. We, of course, have had the added advantage of me working on staff at The Austin Stone, which automatically thrust us into some incredibly loving and warm friendships. But when the Holy Spirit nudged us earlier this year to start a new group in our home, we knew that it was time for us to extend some of the grace that had been shown to us by those new friends in the welcoming of others into the sweet, sacred, sanctifying space of slow, spiritual friendship. We knew that it would be hard work to create that space and to grow these friendships, but we also knew that the church needed this, and we needed it too.

To that end, we have reminded ourselves of some postures that we have seen as helpful when others have invited us into friendship over the years and we are trying to let these postures be the fertile soil of the possible fruit of friendship in our new group.

If you are new to the city and just need Christian friends, if you have been here for some time and you are in need of a group but are anxious to dive in, or if you are mourning the changing dynamic of an old friendship group that isn’t what it once was and are unsure about whether you can give of yourself again, here are five postures to starting new group friendships that we have found helpful.

In his book, The Weight of Glory, C.S. Lewis once said, “There are no ordinary people. You have never talked to a mere mortal.”

Christians believe that all people have God-given dignity, value, and potential. All people, even the seemingly boring ones, are image-bearers of the Divine who wear His imprint and walk out a sacred existence that is infinitely interesting if we take the time to investigate it. As a result of this conviction, we ought to be the most curious question askers, seeking to understand each image-bearer we meet, knowing that the fingerprints of God can be found in who they are and what has shaped their lives to this point.

Be relentlessly curious. Be committed to asking good questions. Don’t make assumptions. In a world that is increasingly self-obsessed, we get to be the people walking around in wonder, eager to discover what story of God we might find in a new friend

Be Honest and Vulnerable

Before Paul began one of his most comprehensive sets of instructions on how love is to be lived out in a community of believers, he was sure to remind the church in Rome that if they had any hope of living the instructions out, it would need to be without hypocrisy or pretense. The language that he used here suggests that genuine love cannot wear a mask. It doesn’t pretend to be something other than it is. This means that Christian friendship groups ought to be places of honesty, vulnerability, confession, and acceptance.

Somebody has to model that and set that tone. In the first week of our group, I told my new friends some of the areas of sin and doubt that I was struggling with. It is as risky as it gets, but it is nothing compared to the risk of lukewarm friendships where you have proximity without intimacy and where people end up liking some version of you that doesn’t really reflect who you are. That is a terrible pretense to live with, and Christians who are certain of acceptance that comes from the good news of the gospel ought to push back hard at any sort of manifestation of this pretense. Set the tone. Don’t be unnecessarily weird, but invite people into the genuine struggles of your life. There is still the risk of rejection, but at least you know that the love or rejection you receive is actually for you and not some made-up version of you.

I have spent a lot of time listening to people who have struggled to connect in local churches. It is an ongoing issue and there are a multitude of factors, many of which are things that church structures need to get way better at so that we don’t leave people isolated. There is one correlation I have noticed over the years though, and it is a seemingly obvious one although you wouldn’t think so based on how frequently it trips people up. The people who commit to a life in community and are prepared to stay committed to it at the expense of some other things tend to find meaningful friendship groups. Those who don’t, don’t.

So, show up, be present, contribute, ask questions, love people, and then do it again and again and again, even if it means missing out on some other things. Community isn’t easy, and it costs something. If we know how badly we need it, then we will gear our lives around it, and happily pay the associated cost.

For Sue and I, as trivial as this sounds, this meant laying down the luxury of our Sunday evenings. These used to be quiet, recuperative evenings for us, but they were also the most convenient time for our group to meet. If we don’t wholeheartedly commit to the necessity of this group of friends in our lives, then we would quickly find ourselves lying on our couch on Sunday evenings again, and as wonderfully comforting as that sounds, we know full well that it would result in the exact isolation and loneliness that we are desperate to avoid.

Be a Spiritual Friend

This sounds obvious, but it is actually a surprisingly powerful principle. Show up, determined to be the exact sort of person that you need others to be for you. You are joining a group in order to get good spiritual friends, so arrive remembering that, and be reminded to live that out for others.

One of my favorite texts in all of Scripture is from 1 Samuel 23:16. It says, “And Jonathan, Saul’s son, rose and went to David at Horesh, and strengthened his hand in God.”

What a magnificent picture of what spiritual friendship is. Jonathan, at great risk and cost to himself, sought out his friend, who was in the midst of immense suffering, and made sure that his hand was firmly clasped to God’s. At The Austin Stone, we say that groups exist as, “consistent and intentional Christian friendships that strive to love God, church, city, and nations.”

It is really helpful to the formation of new friendships in groups when people simply show up knowing that is what they are trying to do. If everyone in the group fixes their eyes on how they can be that sort of friend to others, then the formation of relationships will rely less on pure chemistry and more on shared mission and purpose.

Be Patient and Merciful

“… with all humility and gentleness, with patience, bearing with one another in love, eager to maintain the unity of the Spirit in the bond of peace.” (Ephesians 4:2-3 ESV)

It shouldn’t surprise us that the formation of new friendships can take some time—so let it. You won’t necessarily be finishing each other’s sentences and wearing matching sweaters anytime soon, and perhaps you never should. But, we have a God who is astoundingly patient with us, and we ought to be profoundly patient and merciful with others as a result.

It hasn’t been easy for Sue and me to start again in a new group of friends. Our minds have been filled with doubt on many occasions. Doubt we could do this again, doubt we could sustain the commitment, doubt that people would meet our kindness and vulnerability with mutual kindness and care. But, it has been incredible to see God bring people across our path and to watch Him begin to forge new friendships with people whose hands we can strengthen in God’s, and who we pray will do the same for us.

It’s worth it. Press on.