How Could They Not Know? 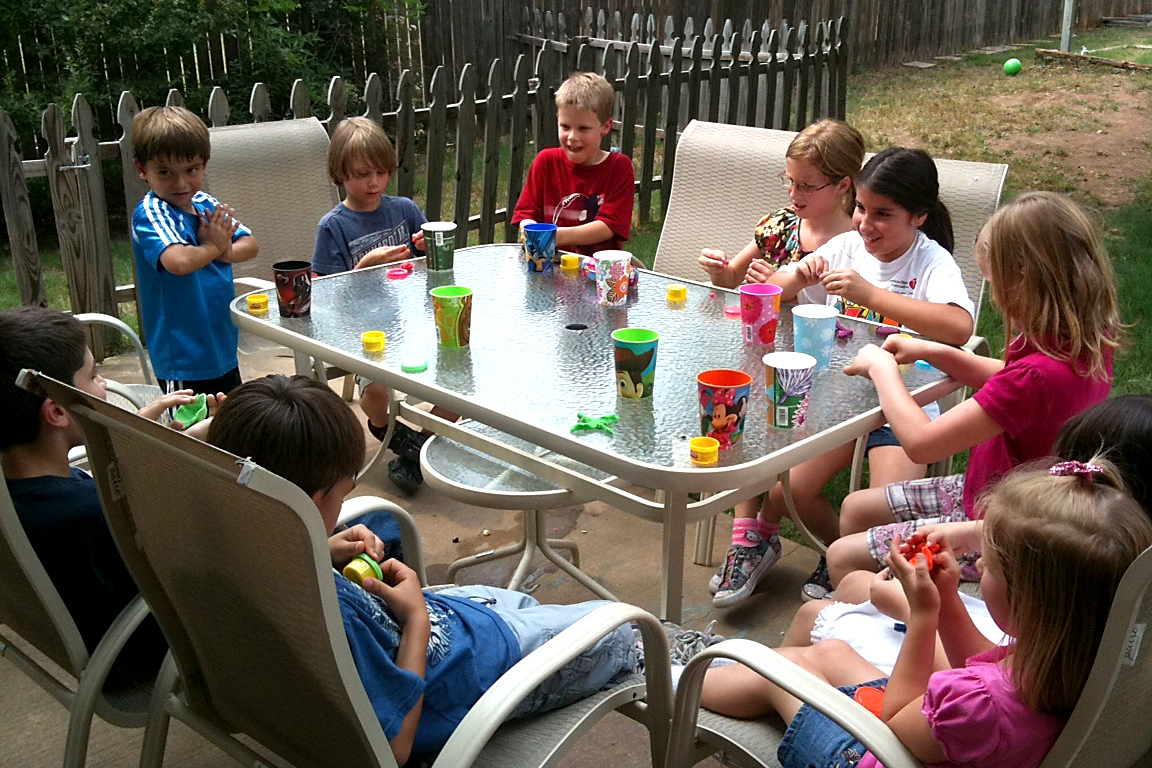 To understand missional living, you might need the expert sleuthing of an Austin Stone Junior Detective Academy graduate.

Three years ago the Buuck family knew their Pflugerville neighbors only well enough to give a passing wave and a "hello" as they got into the car or walked to the mailbox. Their two oldest children changed that. The KIDS ministry at The Austin Stone Community Church unveiled a gospel and Bible training program on Sundays that year called Detective Academy. The program, designed to help kids uncover the truths of God through creation, Scripture and community, taught them to look at the world through a different set of lenses. The Buuck siblings began to see their neighbors as kids who might not have the saving knowledge of Jesus. By the end of the summer, they were ready to do something about it. The duo organized, planned, and created their very own Backyard Bible Detective Club.

Haley and Aren decided on a day to meet, created a set of rules and handwrote invitations they hand delivered to all of the neighborhood kids.

Their mom says, “They decided what they would read and teach and led the group.”

Asked why they did it, Aren states simply, “I just like reading the Bible.” And that’s exactly what they did with their club, sometimes from a regular Bible and sometimes from the Jesus Storybook Bible.

“We gave everyone a notebook and sometimes we would draw pictures of what we read,” Aren remembers, “and we would ask them some questions about what they thought God was teaching us in the story.”

“Sometimes one of our friends would say, ‘Wow, I didn’t know that,’ or ‘That’s amazing, I didn’t know God could do that.’ And it’s like, How could you not know that God can do anything?” Haley recalls.

“We really wanted to tell people about Jesus,” Aren explained.

“Talking about Jesus was hard at first because I was used to keeping everything to myself. It felt good to start talking with them,” Haley said. “Some of them had heard about Jesus, but only one or maybe two knew he had died on the cross for our sins. It was like, Why are we telling them about this? Isn’t this something everyone should know? It’s weird because I know that God has control of our life, so why doesn’t he make them believe in him too?”

Sometimes their friend’s questions were challenging. “It was hard to answer their questions and stuff. I would look in the Bible when I didn’t know,” Aren said.

The whole thing was a little mind-boggling to their parents, Katie and Adam. “Some of the parents are even opposed to God—don’t believe in Him—so the fact that they were allowing their kids to come is huge,” Katie explained. “But even when our neighbor and I were helping do object lessons and teach a little more in depth, none of the parents complained.”

“It was really awesome for the kids to learn that not everyone knows about God and that they can witness even as kids,” Katie remarked. “And I was honestly surprised too. I think we all forget that not everyone around you knows God.

Ultimately the kids’ obedience to share the gospel has had wider-reaching effects than a weekly club. “It has really changed the way we interact with our neighbors,” Katie explained. “A few of us started walking together. We talk to our neighbors all the time and have had neighborhood cookouts. Even when our last kids were born they all brought us meals. So the kids starting this has really created a community in our neighborhood.”