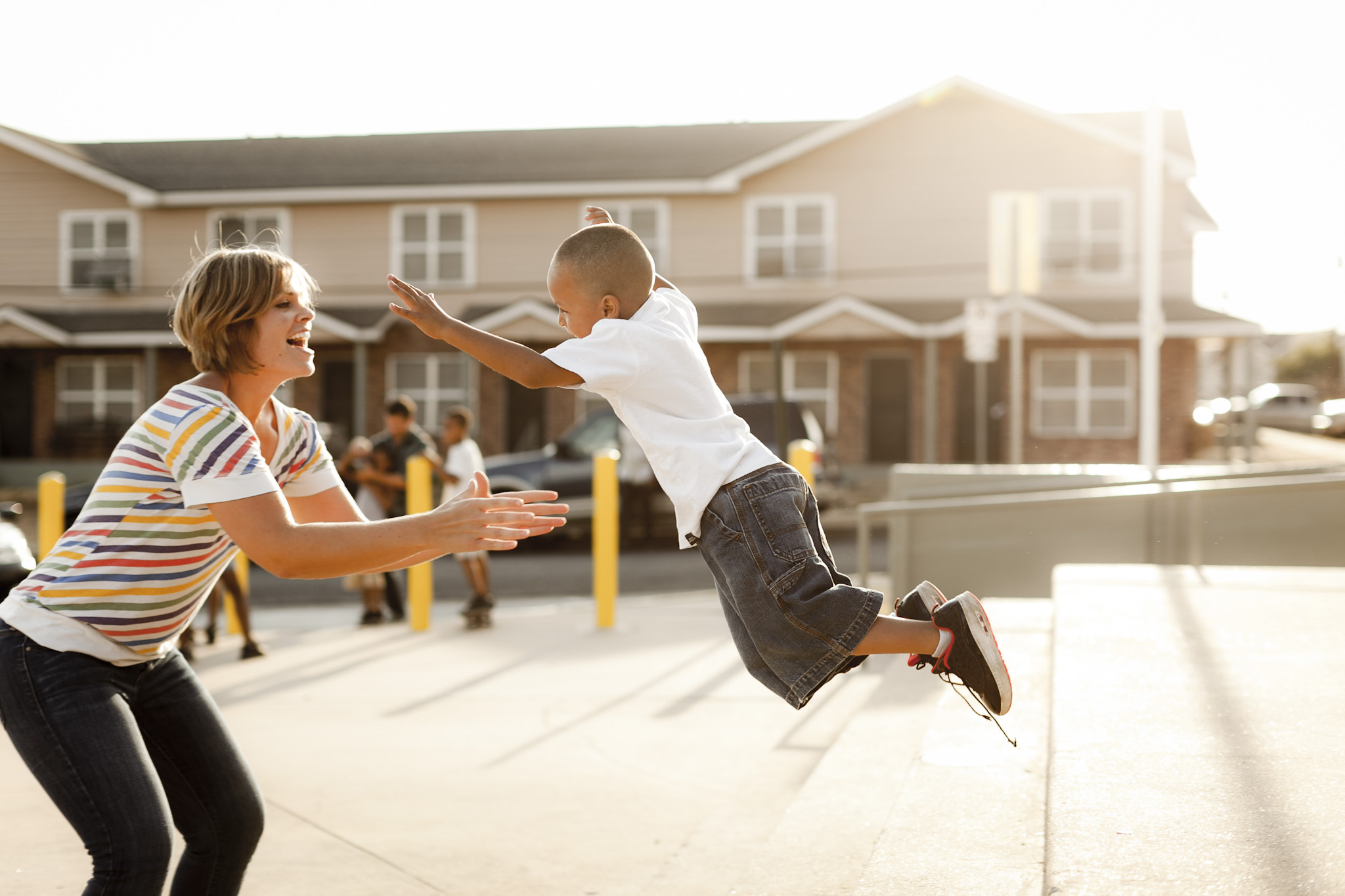 Every Thursday evening, kids from the Booker T. Washington public housing complex slowly make their way to the neighborhood's community center for what they refer to simply as "church." There's no church building, formal welcome team, or pastor. But there is a deeply-rooted sense of community. There is Hope Street.

Jon Koch and his wife, Shelby, have been married for 11 years. After six years, Jon found himself on the path to a successful career, living a fairly comfortable life with his family in North Austin. But God pressed deeply on Jon's heart that something needed to change. Specifically, Jon felt burdened for the East Austin area. Through much prayer and seeking God's will, he realized that God was leading his family to move across town to what some would refer to as a "bad" neighborhood. But Jon and his wife didn't see a dangerous or unsafe neighborhood. Instead, they heard God's calling on their lives and saw his heart for redemption in the local community. So they picked up their family and made the move.

Early on, Jon and Shelby knew that their purpose was to engage the Booker T. Washington community in an organic, holistic and relational way. It wasn't long until they were introduced to Sherwynn and Kim, a couple who have since become their dearest friends. Both Sherwynn and Kim were born and raised in the neighborhood and they also shared a passion for ministry. Both couples prayed for opportunities to invest in the community and began to slowly form relationships with local pastors and non-profit organizations in the area.

Three years later, a ministry called Hope Street was formed. Each week, 40-70 children from the East Austin area meet together as a family at Hope Street. The evening begins with prayer time, followed by small group discussions that are led by volunteers. At the end of the night everyone breaks bread together, enjoying dinner and lively conversations until the time comes for all of the kids to head home.

When explaining the importance of discipleship in ministry, Jon explains, "The best way to help someone understand the treasure of knowing and following Jesus is to walk through life with them." Many of Hope Street's volunteers grew up in the Booker T. Washington neighborhood, but have since moved on to professional careers in the greater Austin area. However, they understand the importance of mentoring and investing in the city's youth, which is why Hope Street holds such a special place in their hearts.

From an outsider's perspective, Thursday nights at Hope Street don't look like a meticulously organized program with a stage or perfectly practiced sermons about Jesus. Rather than making it into a big, glamorous production, the gospel is shared through small, humble interactions. It's shared through smiles, hugs, and a listening ear. By making a genuine investment in the lives of these kids – in their hearts – Jon and Shelby hope that they will each come know Jesus in a real way.

No two weeks at Hope Street look the same.

Some nights it's too difficult to get all of the kids into the building for their organized group time, and so the team just spends time playing and hanging out with the children. At the heart of each of these leaders is a deep desire to build individual relationships with the kids. Their hope is that the Holy Spirit would open the eyes of each of them to know the love and acceptance found in a personal relationship with Jesus.

But the ministry of Hope Street is not without challenges. Trust in relationships develops slowly and takes time. Attempting to cross racial boundaries can prove challenging, but Jon, Shelby, and their team of volunteers know that it's worth it ... no matter how long it takes.

Many of the children and teens at Hope Street come from single-parent homes where broken relationships are prominent. However, Jon and Shelby have been blessed to see restoration and redemption beginning to happen in many of these families.

Almighty God, father to the fatherless and redeemer of our brokenness, is moving in powerful ways in this East Austin community as families and volunteers seek his will and joyfully follow in obedience. It is in places like Hope Street that we catch glimpses of what we so deeply long for – the shalom of the city of Austin.

for the city
mission
serving