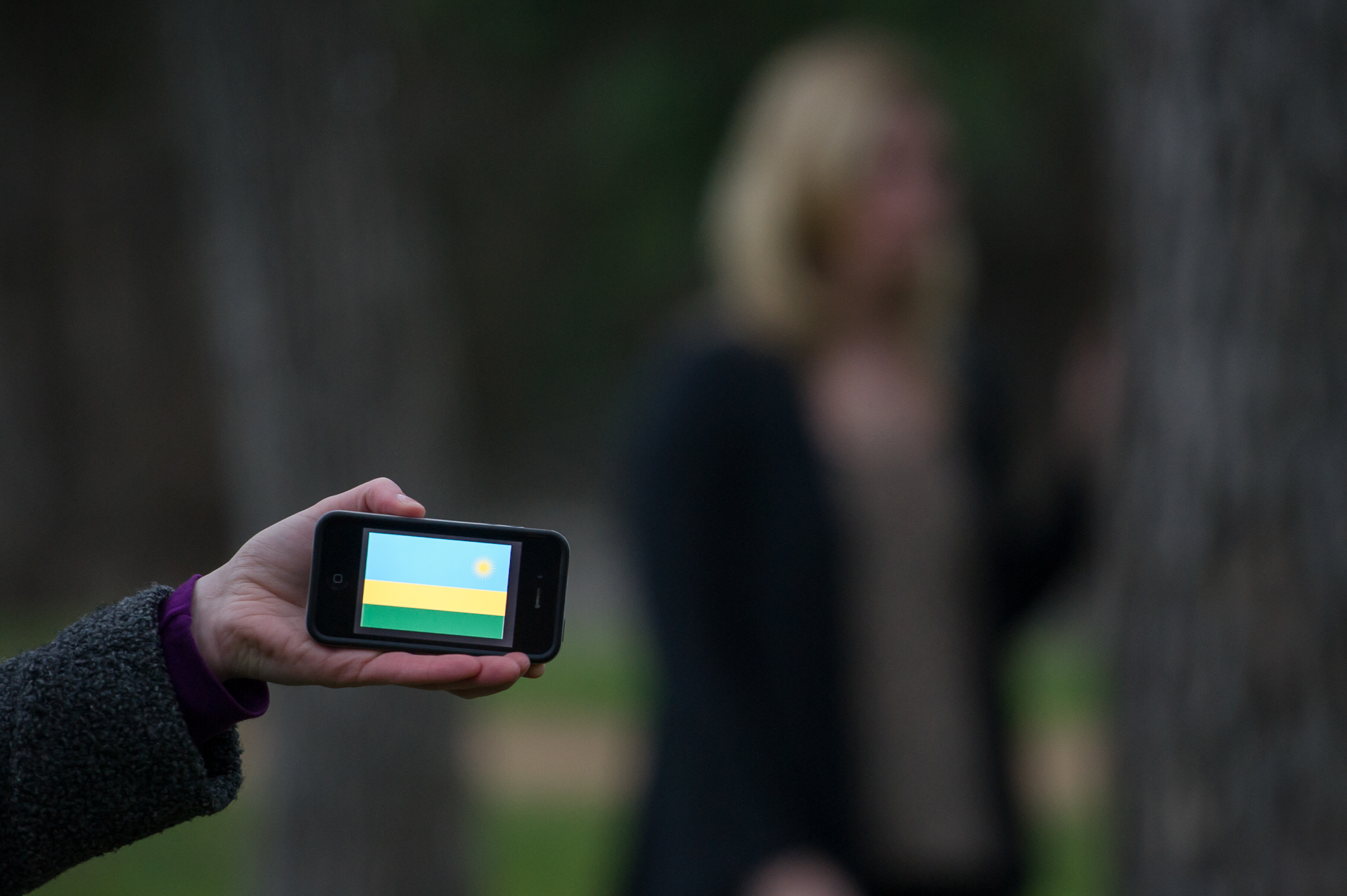 Brittany was so excited about going to Africa to work with orphans that she didn't consider many of the details.

Thinking back to that time in 2008, she remembers knowing that an interpreter would be provided to help her evangelize, so she wasn’t worried about her own lack of understanding about Jesus and his gospel. On her first day there, she was partnered with an interpreter named Beatrice. After they visited for a while, Beatrice asked the question that changed Brittany’s life forever.

"When did you accept Jesus Christ into your life?"

Stunned silent, Brittany had no idea what that meant. Beatrice then shared the gospel with her, and on that day, she prayed to receive Christ.

Following Jesus felt like a slow process and, for the next few months, Brittany struggled to move forward. She wanted to go from claiming to be a Christian to really knowing and believing that Jesus loved her unconditionally. As she became more involved in her church, going to classes, and finding a community of fellow believers, her love for Jesus grew, and she continued to baby-step forward in her relationship with him.

Over the next few years, Brittany returned to Africa on short-term trips. Each time she stepped on African soil, she heard God tell her she was home. But still, she resisted the idea. Back in the States, Africa remained on Brittany’s mind.

In late 2012, Brittany went on another trip with an organization called Africa New Life Ministries. There, she was baptized, taking that important step of obedience in the same land where she began her relationship with Jesus. And on this same trip, she embraced the life-altering feeling of being home in Africa.

A few days later when she headed back to the States, Brittany felt as though she was leaving behind half of her heart. “I knew right then and there that Africa was where God wanted me to move and live," she said.

Brittany returned to Austin and immediately began planning a fundraiser for Africa New Life. Meanwhile, she also dove into a Bible study designed to help identify her dreams and passions. As she worked through the Bible study, she realized that all of her desires and God-given gifts pointed back to the work she had done so many times in Africa.

In the summer of 2013, representatives from Africa New Life attended the fundraiser Brittany organized, and the executive director and founder were so impressed that they asked her to consider coming to work for them. But Brittany refused. Though her heart’s desire was to return to Africa, this particular role meant that she would have to raise her own income.

She was afraid, despite the fact that she had coordinated fundraisers for organizations several times, and knew that God moved in people’s hearts to give generously. "My biggest fear was not moving to a third world country,” she said. “It was raising support."

But God did not allow fear to control Brittany, and he continued to move in her heart.

A month later, she was in Africa on yet another short-term trip. Frustrated, she prayed and asked God again if she should move there. A few days later, a local man whom she’d never met approached her and said, "I heard you changed your mind!"

"What? Who are you?" Brittany asked, confused.

The man simply replied, "God said your time in America has come to an end and it's time for you to move to Africa. Have a great day!" The man was gone.

Dumbfounded, Brittany found a place to be alone and spent time in prayer. “I just said, ‘Okay, God, I’ll go!’” she explained. “And that was the moment that this huge weight lifted. I felt like I could raise all the money that I needed. I wasn't afraid of raising support anymore!"

A few weeks after she returned to the States, she was offered a job at Africa New Life once again. This time, she accepted and wholeheartedly began fundraising, “I ended up raising all my support in 3 months! God worked faster then I ever imagined getting me here. I had to stop and look around every morning at what He was doing and I was just amazed.”

Brittany deeply desires to bring positive change and hope to this African nation. She now trusts that God will show her exactly what she is supposed to be doing to help build Africa and build the Kingdom of God. She trusts that throughout this journey, God will direct her path and provide her means.

And Brittany understands that this is not her journey alone.

“It’s our journey,” she explained. “God specifically picked out who was going to be on my ministry team before I was even born and we’re all coming together now to go.”