He Loved Her When 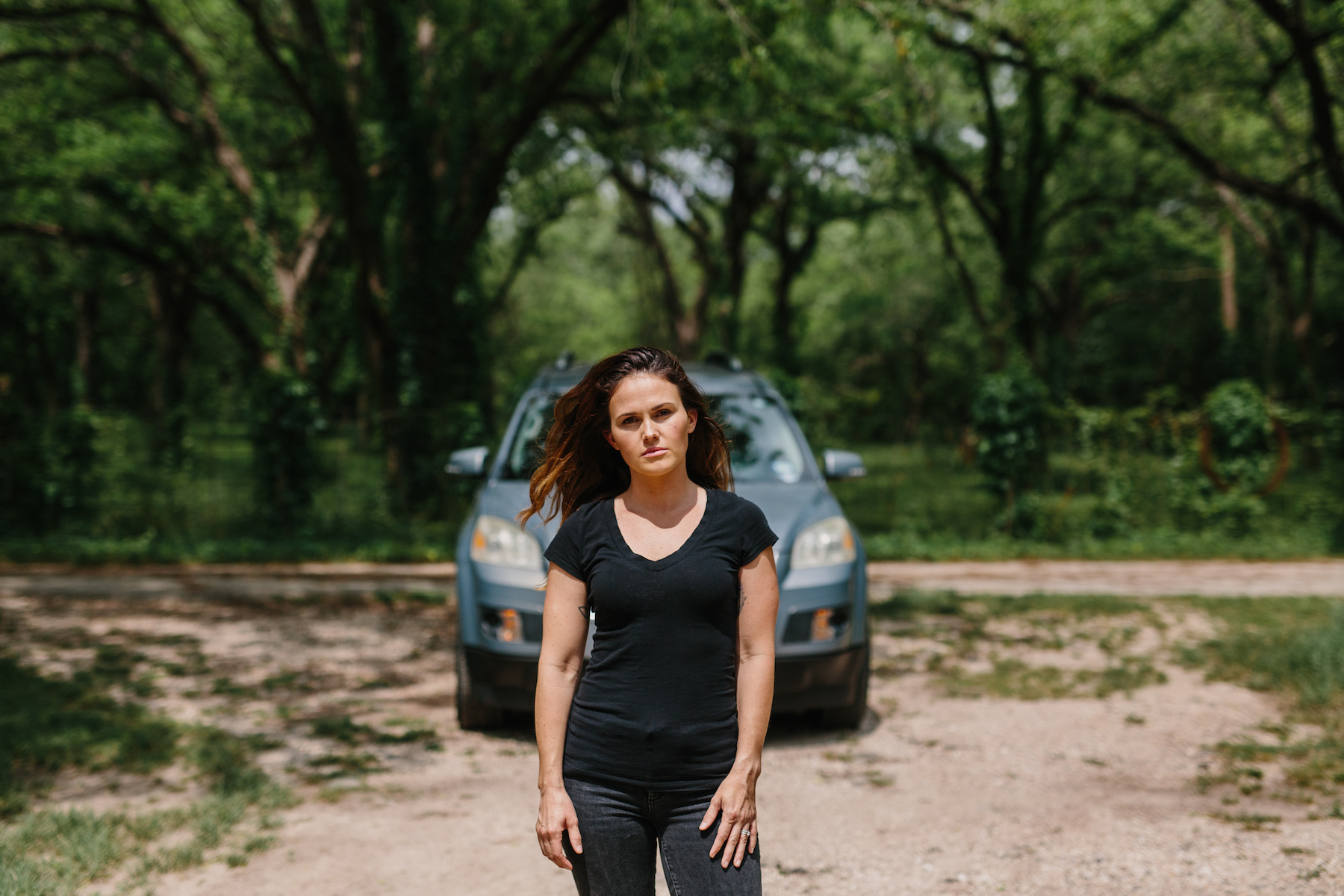 A guru from the order of the Hare Krishna introduced Chrissy’s parents to each other on their wedding day. After their divorce, her mother could not care for her and her father moved to Hawaii, so Chrissy began bouncing from family to family. When living with her uncle, she remained isolated in a camper in the backyard, which attracted the notice of another family who then took her in.

Chrissy’s life lacked the stability of a supportive, loving family. At six years old, she was sent to her first Hare Krishna “convent.” She moved constantly, jumping from Arizona to Hawaii, and even spent some time in the Philippines. Eventually, she wound up on a macadamia nut farm on Hawaii’s Big Island, sleeping underneath a tarp with no running water or electricity, and working to earn her keep. “People saw me as mean and rebellious, but to me, I was just a scared kid. I was always an outcast,” Chrissy says. “I never felt like part of a family.”

As a lost, wandering child, she concluded that nobody would ever want her. Fitting in anywhere felt impossible. In high school—her very first exposure to school—people constantly bullied her. When she moved to Texas to live with her mother, she hoped that she would be welcomed with open arms, but her mother did not seem to care for her at all.

Overwhelmed with disappointment, Chrissy looked for a way out. Enamored with Cinderella’s fairytale story, finding “Prince Charming” felt like the solution to her problems. So when her first romance fell apart, she was devastated. She decided then that she had to fend for herself, and at 16, she got her own apartment.

Moving out gave Chrissy the freedom to make her own decisions and choose her own relationships, but it resulted in more issues. She spiraled into drug use with meth and ecstasy. She was robbed at gunpoint, leaving her extremely traumatized with PTSD. She started keeping guns in her apartment for protection, and she carried on alone. “I felt like no one cared,” she recalls. “I just kept asking myself, ‘Where do I belong?’”

Chrissy convinced herself that weakness was unacceptable. When her brother became a Christian, she mocked his worship songs, telling him that they were all about weak people. “The way that Christians admit to their brokenness—I didn’t see any power in that,” she remembers. “I only saw that it made them more open to hurt.” She never wanted to be vulnerable again.

While Chrissy had always believed that God existed, she never felt compelled to know Him more. In fact, she thought that God wanted nothing to do with the world and could never care about her. Growing up with the Hare Krishna idea of karma had overcome her with shame. “I thought I deserved what I got,” she says. “I believed that I was bad and shameful. My greatest fear was—and still is—if people really knew me, they wouldn’t want me.”

She became a stripper for a time and worked her way up the social ladder. People knew her as someone who craved thrills without a care in the world. A drinker and smoker with the mouth of a sailor, she seemingly feared nothing. So when she went to church with her brother a couple of times, she was shocked to find herself bawling in the pew. She did not understand that God was working in her heart. “It was embarrassing,” she confesses. “I didn’t like that version of Chrissy, so I didn’t want to go to church anymore. I hated looking weak.”

On I-35 one night at 2am, she got into a terrible accident and ended up spinning viciously in circles, hitting the guardrail again and again. Smoke enveloped her, blurring her vision, and she could not grasp the wheel. Her car stopped right in the path of other speeding vehicles, their headlights searing into her. “And in that moment I prayed, God, I don’t want my story to end like this. I asked Him to give me a second chance.”

God preserved her from that accident, and in the following weeks, Chrissy slowly opened up to knowing more about Christ. A conversation with some of her brother’s Christian friends about Bible verse tattoos ultimately led her into one-on-one discipleship with one of them. Her time in the Word opened her eyes to see God more clearly for the first time, and with faith as small as a mustard seed, she committed her life to Jesus.

“For a while, I felt whole,” she says. “It didn’t feel like there was this big gaping wound in me anymore.”

But becoming a believer did not fix all of her problems, which was a rude awakening for Chrissy. She still did not know how to be a part of God’s family or have a mutual relationship with Him. So when she met the first man who professed himself as a believer, she saw him as her answer to understanding how to follow Jesus. He ultimately betrayed her, which cut into her deeply. “I was angry at God,” she recalls. “I thought this man would be my prince who’d make all the bad things go away.” She slipped back into some of her old ways, turning again to alcohol.

Another wake-up call came when a series of health problems forced her to quit drinking, and her journey to sobriety included meeting her now-husband, Brandon. When they decided to get married, Chrissy finally realized that her relationship with God had to come first. “I started going to counseling and church,” she says. “I wanted to give my future children a family that loved them—with a mom and a dad. So I gave it my all.”

Since then, Chrissy has made a daily choice to walk with God and heal from her brokenness. For a long time, she thought that believing in Christ would result in an immediate fix. But now she sees that apart from God, she can do nothing. “The more I process through my brokenness, the more I am prone to feel shame and unworthiness,” she says. “But now, I have Jesus right by me, saying, ‘That was you, but I went through everything you deserved so that you can have new life.’ He loves me too much to let me settle for what this world offers.”

“This is the greatest romance of all time,” she says. “I wanted a fairytale with a happy ending. While nothing’s permanently fixed, everything in my life has shown me something beautiful about Jesus. He’s the answer.”