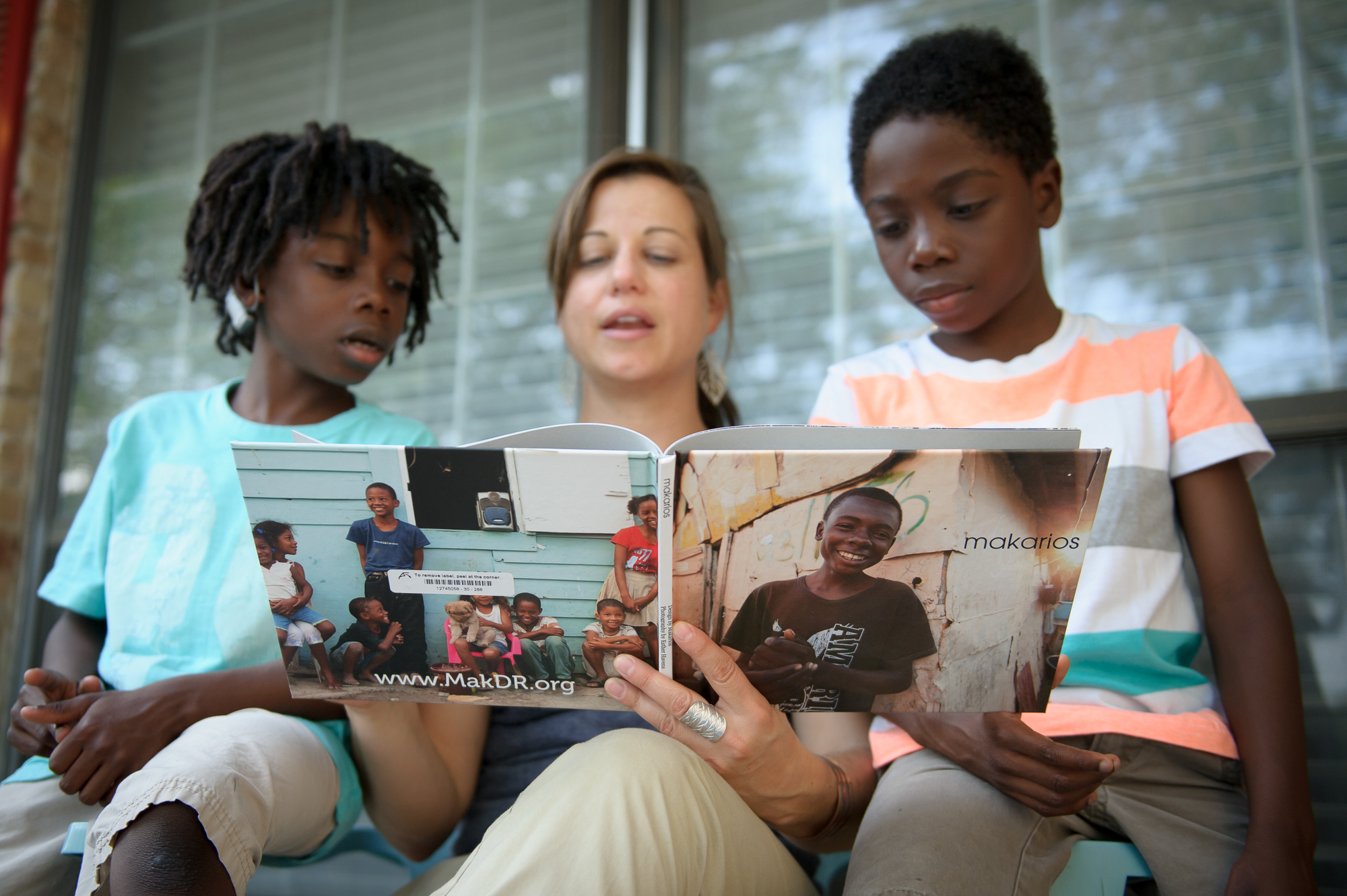 In January 2006, a woman gave birth to two twin boys in a Haitian hospital. Then she was gone.

The babies were very sick and two months premature, the mother had abandoned Isaak at the hospital where they were born while taking Jakob back to their village. Their mother, a prostitute suffering from AIDS and a psychological disorder, was just as sick.

Fortunately, Jakob made his way into the arms of some neighbors in a Dominican Republic community. Isaak remained in the hospital for six weeks, held until he had developed enough to be cared for by various groups willing to help.

Sharla Megilligan and her coworkers at Makarios, a nonprofit dedicated to the educational development of underprivileged children in the Dominican Republic, decided to temporarily take in Isaak and the hospital released him to her care. Looking at his hospital records, she soon learned about Jakob.

Five months after their birth, the twins’ father showed up to the Makarios house with Jakob. He stayed around and was involved in the adoption process, but had resigned himself to giving up both boys for adoption.

With that, God’s unsuspected, inconvenient, and immaculate plan for Sharla started to unfold.

“I’ve always been open to adoption,” Sharla said. “I thought, ‘OK, if I’m 30 and without a family of my own, I’ll start praying about adopting.’” Sticking to her word, when she turned 30 she started praying.

Two weeks later she got a call from the wife of the doctor who treated Isaak. Omitting formalities, the doctor’s wife simply asked Sharla if she would like to adopt the boys. By this point they were both in her care, the offer to adopt was on the table, and she was prayerfully considering it, but still she hesitated.

Countless families expressed interest in adopting the twins over the next year and a half. “When families were interested in taking Jakob and Isaak, I backed off,” Sharla said. “But none of those other families felt right. None of them felt like Isaak and Jakob were God’s calling to them.”

In April 2007, when the last couple looking to take Isaak and Jakob didn’t qualify, Sharla made a move. Curious if she, a single woman living in constant back-and-forth between Austin and the Dominican Republic, was even a viable option to parent the Haitian twins, she called the adoption agency.

“The woman on the phone told me that it was much easier for a single woman to adopt a baby—less paperwork!” Sharla laughed as she confessed, “That’s when I got down on my knees, looked up, and said, ‘I know. OK. Let’s go.’”

The next three years with Isaak and Jakob were the most emotionally and spiritually taxing of Sharla’s life. Between fostering two twin toddlers and fundraising, networking and maintaining a website for Makarios, Sharla was at her limit. Yet the growing health of both her business and the twins showed her that her presence in the organization and the boys’ lives was more crucial than ever.

“I was just feeling hurt that this was God’s plan for me.” Sharla said. “Did I trust Him? Of course. But knowing that His path for me was full of loneliness and hard times was so discouraging. Was—and is.”

Sharla and the boys have since settled in Austin, no longer shuttling back and forth to the DR. Together as a family, the three of them are tackling a single-parent adoption with faith that God’s plan is better than their own.

Despite her inexorable trust, Sharla can often feel the part that’s missing, describing an innate need for a father for her boys and a husband for her. “It’s become more palpable as the boys are becoming men,” she said, calling her desire to be nurtured in order to nurture part of God’s design for the family.

No matter what or who comes to help her raise her boys, she knows she isn’t alone. “I had this idea of what kind of mom I would be like growing up,” she said, “and it’s far from the mom I am now. But He extends grace to all our failings.”