Give Us a Miracle, Please 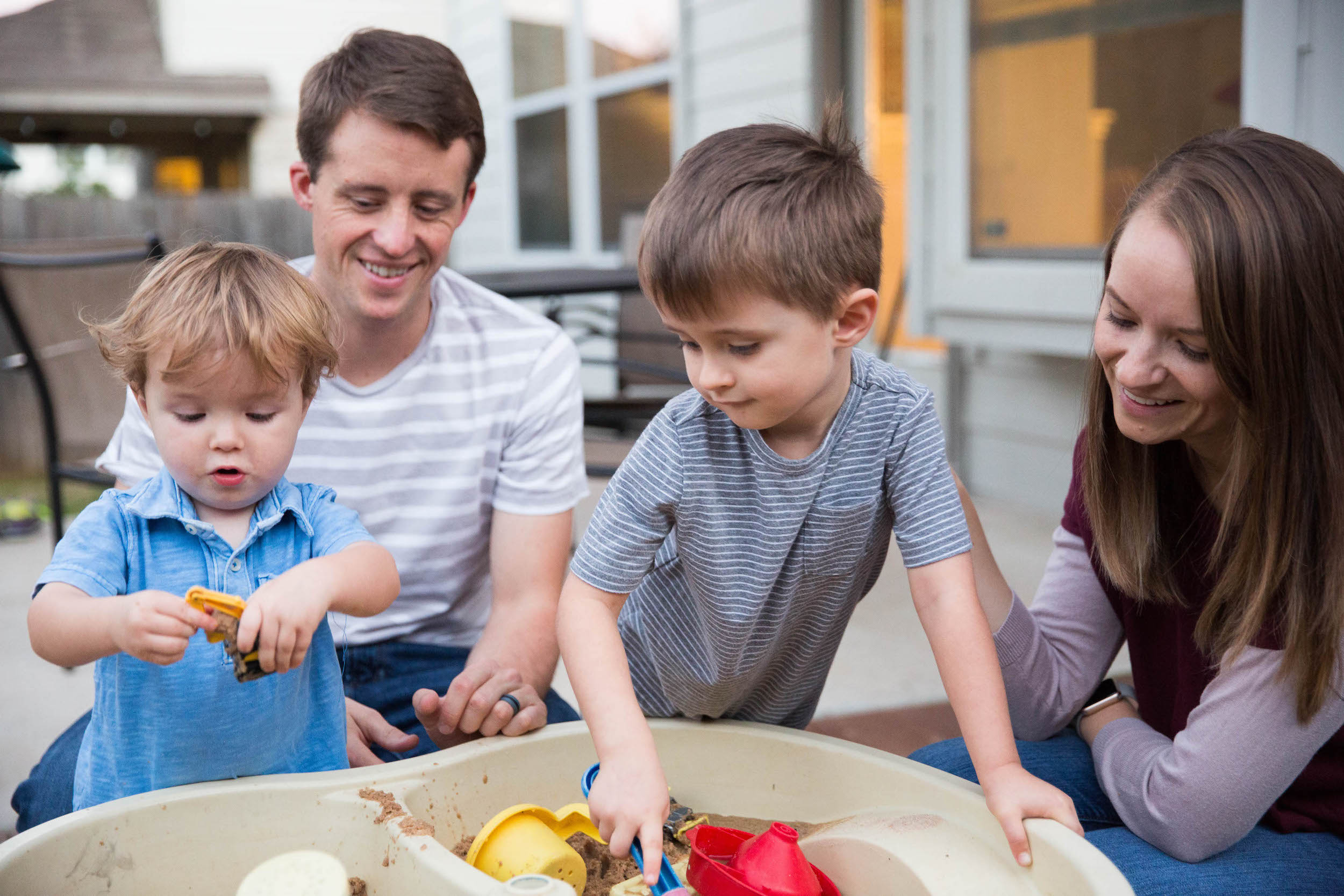 Dear God, give us a MIRACLE, please. This is my prayer. This is what I beg of You.‍

Lindsey Paschal opened her new journal and wrote those honest words just days before her husband, Dan, received his biopsy results. His doctor was certain he had adenoid cystic carcinoma—a rare, aggressive form of cancer behind his right eye that could have a life expectancy of 5-15 years.

When Dan’s eye first started hurting in the summer of 2015, the Paschals had no idea how serious it was. Lindsey cared for their boys, who were 9 months old and 3 years old, and Dan worked for TxDOT. The couple led their Missional Community group (MC). They were a typical young family.

As Dan’s condition worsened that summer, he kept telling himself it was nothing. Doctors treated him for a scratched cornea, then dry eye. None of the remedies seemed to help. His right eye began to noticeably bulge from its socket, and his vision became blurry. Finally, he was referred to a neuro-ophthalmologist who ordered an MRI. On September 8, Dan got the call with the results. A tumor was pressing against the back of his eye.

“When he told me it was a tumor, I fell to the floor,” says Lindsey. She was devastated. But their son, Hudson, had his first soccer practice that night, and they didn’t want to miss it. Clinging to normal, they went to the fields.

A couple from their MC had a daughter on Hudson’s team, and the wife saw Lindsey crying. When Lindsey told her the news, she cried, too. The Paschals had been with their MC for two years. They were a tight-knit group of five couples who shared life together, and life was about to get hard. Over the next few months, their MC would bring meals, mow the lawn, and shop for groceries for Lindsey when she needed it most. They even bought a journal for her.

Her plea for a miracle on September 16 was the first of many entries.‍

“He took up our infirmities and bore our diseases.” (Matthew 8:17) It looks bad, but God, those are the words I beg to proclaim today.

From September 8 to September 21, the Paschals waited for the results of the biopsy—thirteen days of feverish journaling and persistent prayer. God was prying control from Dan and Lindsey’s fingers, and it was painful. They had to give all their anxiety, worry, and stress over to Him. Lindsey pored over every account of Jesus healing people, starting in Matthew. She shared the list of miracles with Dan, and he tucked it into his Bible, cycling through the stories. They both prayed for healing, but their prayers looked different.

Dan was not so confident. He believed God could heal him, but he wasn’t convinced that He would. Lindsey continued journaling as her prayers turned to thanksgiving.‍

Dear God, today I just want to say thank You. You saw us fit to endure this struggle without losing faith. Thank You for the clarity and purpose You have given us at a young age.

On September 20, the night before Dan and Lindsey went to see the doctor and discuss the results, their MC, friends, and elders gathered to pray over them. At the end of the evening, Lindsey felt like she knew what the doctors would say. It would not be cancer. That night, Dan finally felt the same conviction.

The next morning, their doctor said the very words they had hoped for, “I don’t know what this is, but this is not adenoid cystic carcinoma, and it’s not lymphoma. Tomorrow, I want you to go to MD Anderson.”‍

The Paschals praised God for His deliverance and sovereignty, but their journey was far from over. They waited almost three months before they got the final diagnosis. Again and again, the idol of control was stripped from their hands. When they traveled to MD Anderson, they never knew how long they would be out of town and away from their boys. Lindsey continued to journal prayers, praise, and thanksgiving.

Ultimately, the doctor found zero evidence of a tumor when Dan had his second biopsy. The results revealed mere bone fragments and necrotic tissue, but nothing of any concern.

Although Dan has experienced God’s healing, neither he nor Lindsey wants to return to the place where they are less reliant on God. Knowing that, at any moment, their lives could come to an abrupt halt, this journey has grown their faith in God, as well as their appreciation for each other and their boys.

“It was a gift,” Dan says, “to know that my time on earth might be shorter by decades than I had anticipated. My prayer is, Do not let me forget this feeling of complete and utter lack of control.”

Lindsey says now she prays “bold, big, crazy prayers.” Trusting in His power, she praises God for the healing that He has brought to her family

It’s been one year since we heard the word “tumor.” You have carried us from complete despair to complete hope in You. May we never forget or grow numb to the miracle You bestowed upon us. Root my soul to this wilderness, God. Let me never forget that this is not our home. Amen.